Kenya will mark one of their greatest achievement on 21 June when they will be gracing the African Cup of Nation tournament after an honestly disastrous period of fifteen years.

Kenyans are hoping for better results from our Harambee Stars who are currently at Paris, France for their preparations of the tournament.

Harambee Stars are in group C together with Senegal, Algeria, and Tanzania, a very tough group indeed!

Senegal will be led by Liverpool red-hot star Sadio Mane, who won the 2018-19 Golden Boot award and the Champions League. Not to forget, Senegal has also a solid defense led by sensational Napoli defender Kalidou Koulibaly, who is currently one of the hottest properties in Europe this summer.

Algeria have made fifteen appearances for the AFCON finals and lifted the trophy once in 1990 when they hosted the tournament. They finished second in Nigeria in 1980 and third in 1984 in Cote d’Ivoire and in 1988 in Morocco. They must also be in the radar of the Harambee Stars.

Tanzania, on their part, will be gracing the tournament for the first time in 39 years and have got huge support from their President John Maghufuli.

In short, the Kenyan squad will not find it easy during the competition as only two teams will be allowed to progress to the next stage and only if the third does a better job than the third in the remaining groups.

But we trust our Kenyan squad and according to football pundit and former Harambee Stars’ coach Jacob Ghost Mulee, this is the best team Kenya has ever had. 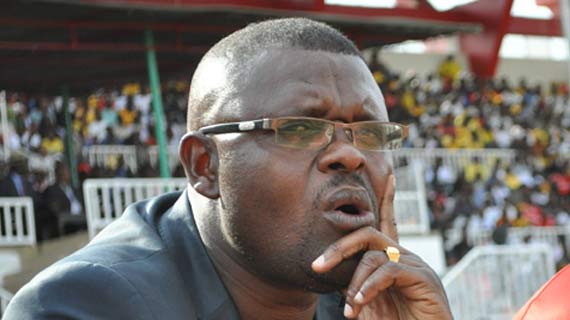 “We have the players that we need in the national team and I believe they will deliver greatly, for example we have solid defenders and pretty good Midfielders not forgetting the Offensive team led by the likes of Olunga,” Noted Mulee during his interview with one local publication.

And this was proven on Friday when Harambee Stars were playing their friendly match against Madagascar in France.

Madagascar were no pushovers but Kenya managed to hold them and a single goal from the captain Victor Wanyama through a penalty ensured that we still remain a threat to the AFCON teams.

Stars number one goalkeeper Patrick Matasi made a blunder when he brought down an opponent in the box, resulting in a penalty. However, he redeemed his image and showed professionalism when he saved the spot-kick to make the first half end in a barren draw.

Generally, Kenya had a collaborative display right from the goalkeeper to the striker, which is why there is a lot of trust in the Kenyan squad.

This is the squad that was featured in the friendly match against Madagascar:

Kenya will play their opening match against Algeria on 23rd June at exactly 0000hrs EAT.