It is not only in Kenya where we have rogue police. In Sudan the situation is just worse. The African Union(AU) has suspended the membership of Sudan over brutal treatment of protesters.

The military launched a brutal crackdown on protesters and in the process killed dozens of them.

The AU’s Peace and Security Department said on Thursday that Sudan’s participation in all AU activities would be suspended with immediate effect – “until the effective establishment of a civilian-led transitional authority,” which it described as the only way to “exit from the current crisis”.

#Sudan: The AU's Peace and Security Department said in a post on Twitter today that Sudan's participation in all AU activities will be suspended with immediate effect. MDM

The announcement followed an emergency meeting by the AU in Addis Ababa, Ethiopia, after the violent dispersal of a protest camp in the Sudanese capital, Khartoum, began on Monday.

Now that AU has suspended Sudan, it must place airspace embargo …. The Military Junta calling itself TMC must be held accountable for the massacre of Sudanese who were seeking their Freedoms .. #IAmTheSudanRevolution

At least 108 people have been killed and more than 500 wounded, according to the Central Committee of Sudanese Doctors, while a health ministry official was quoted as saying the death toll stood at 61. 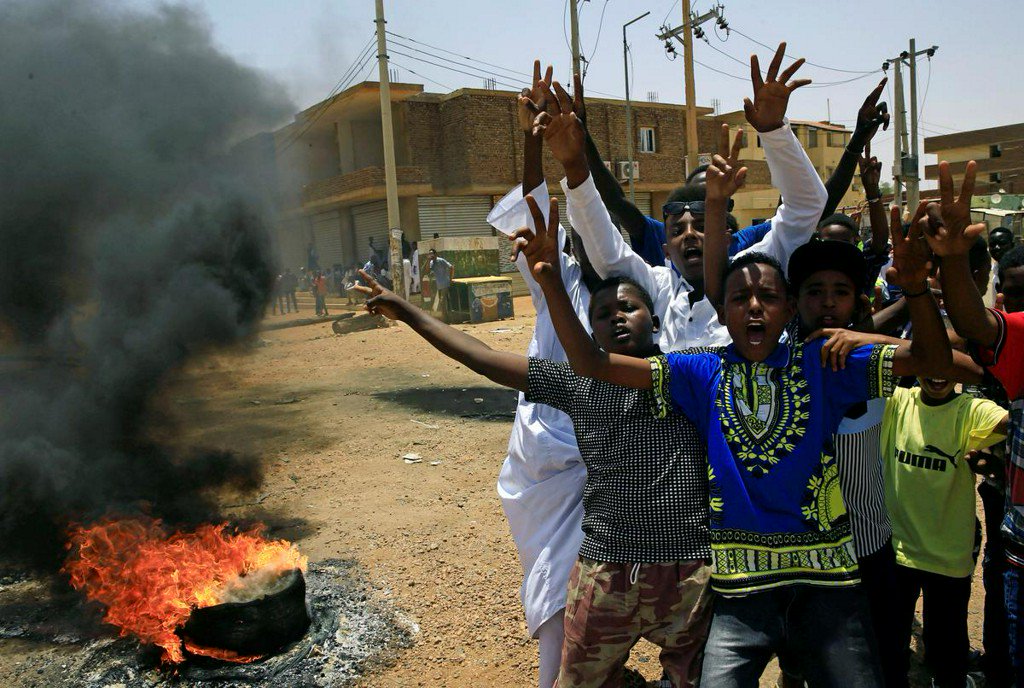 Sudan’s pro-democracy leaders have vowed to continue their campaign of civil disobedience until the Transitional Military Council (TMC) – which has ruled Sudan since  overthrowing  longtime leader Omar al-Bashir in March – is removed and killers of protesters are brought to justice.