In a bid to revamp their squad in preparation for a better result next season, Manchester United have named a list of players that they are willing to bring in during this transfer window.

United learnt that they lack a superb striking force and for that reason, they had listed Borussia Dortmund player Jadon Sancho and Benfica’s starlet Joao Felix.

Jadon Sancho had already turned his back on United and declared that he is not ready to sign for the Red Devils. That was so unfortunate to Solskjaer.

However, the Norwegian manager shifted his attention to secure Felix’s signature for a bid of around €120m and they were thought to be the only one looking for his signature.

But here comes another aggressive competitor!

Manchester City have made an ‘informal offer’ to Benfica that has matched the €120m release clause of starlet João Félix, according to a report from the youngster’s native Portugal.

The offer matches Félix’s release clause in Lisbon, but it’s added that their bid remains ‘informal’ because of financial fair play. 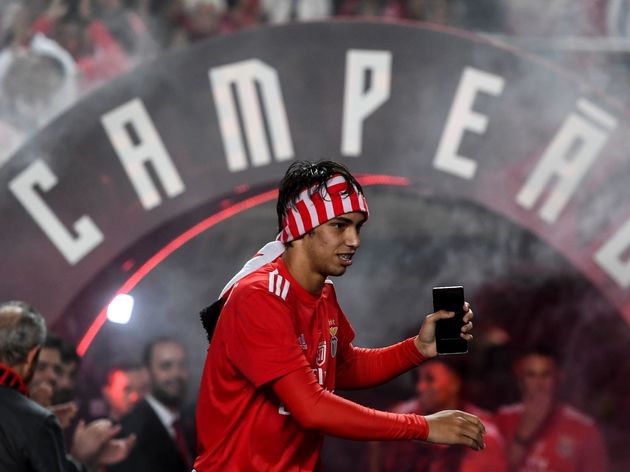 However, the report from the Portuguese outlet is still premature in regards to any kind of offer from Manchester City, while claiming they’ve made an ‘informal offer’ is a term reserved solely for the world of football.

In plain English, it can be translated as ‘Manchester City definitely haven’t made an offer for Félix yet… but they might’.

One thing that is for certain is that Manchester City will be in Portugal over the next week to scout Félix, as he’s expected to be a big part of Fernando Santos’ squad which kicks off the UEFA Nations League against Switzerland on Wednesday.

Though Manchester United still remain the favourites, we will be waiting to see if Benfica president Luis Filipe Viera will be interested in accepting the deal.