The country is about to forfeit ugali as the source of its staple food as maize farmers have been hit by a daunting shortage, rendering some jobless.

This is while at least 10 millers have sent employees on compulsory leave.

“Our processing for the last two weeks has been below capacity. We have suspended operations until we are sure of getting sufficient stock,” a miller said.

This come as the Agriculture Ministry announced the release of two million bags of maize to be supplied to millers last week but is yet to actualise.

The hardest hit processors are in Bungoma, Busia, Kisumu, Narok, Kajiado and four other counties in central Kenya. 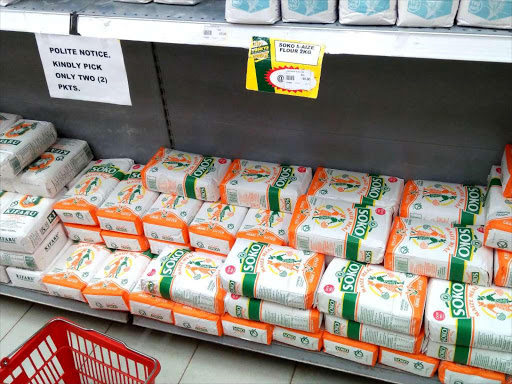 “Some millers in Eldoret and Moi’s Bridge are fortunate to have maize. However, it may not last two months,” Mr David Kosgei, a miller in Uasin Gishu, said.

The maize flour price has similarly been on the rise. A two-kilogramme packet of flour now retails at Sh115, up from Sh80 just a fortnight ago. Maize prices have also shot up from Sh2,600 to Sh3,200 per 90-kilogramme bag in the North Rift.

According to the Kenya Farmers Association director, Kipkorir Menjo, the government has been frustrating framers through exorbitant prices, while slowly crippling the agriculture sector. An ironic state given that President Uhuru Kenyatta’s Big 4 Agenda cites food security among its core pillars.

“There is a scheme within the government to cripple agriculture by imposing heavy taxes on herbicides and denying the industry funds for research,” Mr Menjo said.