What if supermarkets, shopping malls and petrol stations refuse to take the old denomination notes before the October deadline lapses. Kenya has dared a bold move to phase out the old currency notes.

In 2016, India too did that. Borrowing from the Indian model, we can expect high inflation and chaos in the next few months. Sadly that some lives may be lost, in the worst.

It is important to first look at the most likely ways people holding cash may want to spend it. 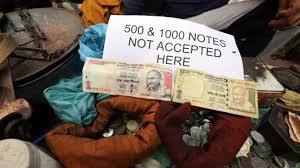 As expected, people with unbanked cash will rush to deposit the money to the bank or spend it in a thrifty way. At the bank, there will be a major scrutiny to smoke out those who cannot explain the abrupt swell in their bank accounts.

Another possible get-away for people holding large amounts of money is by exchanging it with US dollars.

Seeking to exchange Ksh230 billion to US dollars would create a high demand for the dollar. The Central Bank will regulate the foreign exchange reserve and make sure that the money being held will not be cleansed by foreign exchange.

With those major holes having been sealed, this is how chaos will come.

People will seek to spend money in high value assets such as cars, and real estate. In the next one year, there is a likelihood of inflation. Effects of demonetization take about 12 months. India’s story was sad, though it brought some desired results.

In India, two high value notes were declared ‘illegal tender’ and hence people had to scramble for new notes. In the rush, the casual labourers were most hit as the new currency was a very scarce commodity.

With no money to buy basic items such as food, poor families could hardly support life. With the same economic indices in Kenya as India, people who depend on their day’s salary for the same day’s livelihood should brace themselves for hard times ahead.

Shopping malls, supermarkets and essentially all traders will reach a point to refuse taking the old notes an especially in high value denomination. The traders will refuse to take the notes in fear of withholding them past the deadline. Only the banks can save this.