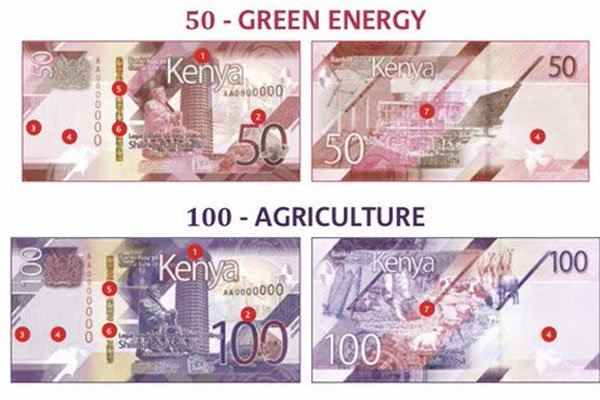 The roll out of the new generation notes in compliance with the constitution has proven counter productive in its purpose to suppress tribalism by removing individual portraits.

According to Article 321 (4) of the Constitution; Notes and coins issued by the Central Bank of Kenya (CBK) may bear images that depict or symbolise Kenya or an aspect of Kenya but shall not bear the portrait of any individual.

Conversely, the new generation notes unveiled by CBK Governor Patrick Njoroge during the Madaraka Day celebrations on Saturday had the portrait of Kenya’s first president Jomo Kenyatta, leaving a bad taste on most of Kenyans mouths.

Some have in fact found a double representation of Jomo Kenyatta, given that Nairobi’s monumental building, KICC, named after Kenyatta, is featured right next to him on the new currency.

“Kenyatta twice? Statue and building? Why is this family so determined to tie us to this dead man? And why cant any of our politicians say no? What do they owe the Kenyattas?” remarked Wandia Njoya on Twitter.

Kenyatta twice? Statue and building? Why is this family so determined to tie us to this dead man? And why cant any of our politicians say no? What do they owe the Kenyattas?

“Who is Jomo Kenyatta to be forced on the notes against the constitution?” probed Lord Abraham Mutai.

What is Jomo Kenyatta doing on the new bank notes? Impunity is another name for this country. Who is Jomo Kenyatta to be forced on the notes against the constitution? What is really wrong with Africans? We don't have respect for each other. @njorogep why? pic.twitter.com/BFtzVAUlSB

Avid political critic Miguna Miguna on the other hand took to stating that Jomo Kenyatta was a “morally ugly” whose face should be removed from the currency.

Jomo Kenyatta (Johnston Kamau Ngegi) was an ugly man whose name and face should be removed from our country's monuments, airports, roads, buildings and currency using sulphuric acid. He was not just ugly physically; he was morally ugly: he murdered, repressed and plundered. pic.twitter.com/QoYwFO27eX

Remove the image of Jomo Kenyatta from our currencies. The guy plundered the country and never brought value to us. We can’t and shouldn’t be forced to celebrate him.

The battle against Kenyatta’s image has been taken to court with the likes of activist Okiya Omtatah, who has been supported by some legislators including Eala MP Simon Mugua, Rarieda MP Otiende Amollo, who is also a lawyer as well as the Consumer Federation of Kenya (Cofek).

Have Seen The New Notes Unveiled. I’m personally persuaded they’re contrary to A. 231(4) of the Constitution, to the extent that they bear the image & potrait Of The founding President. Are we short of Images that depict Kenya? Thumbs down on this! pic.twitter.com/J4Ku4rXhKO