Sudanese security forces attacked a protest camp in the capital Monday, opening fire, torching tents and killing at least thirteen people, as they largely cleared away the weeks-old sit-in aimed at pressuring the military to yield power, witnesses and protest leaders said.

The head of the central Khartoum military region said on Thursday the protest site “has become unsafe and represents a danger to the revolution and the revolutionaries and threatens the coherence of the state and its national security.”

In videos posted online amid the early morning assault, civilians were seen running through streets lined with sit-in tents, heads down, as the sound of gunfire filled the air. Smoke rose from the area

The Sudan Doctors’ Committee said at least nine people were killed and more than 200 wounded, many by gunfire.

By mid-day, security forces controlled almost the entire camp, pushing out protesters and sealing off the 2-square-kilometre (nearly 1 square mile) area, two protesters said. “We are out and cannot get in,” said Hisham Shalbi, a protest leader. They said only a few small pockets of protesters in the area remain.

The camp has been the epicentre of a protest movement that first succeeded in forcing the overthrow of Sudan’s long-time strongman Omar al-Bashir in April.

Sudan’s main protest group blamed the violence on the Transitional Military Council (TMC), saying that it is part of a plan to violently clear the protests.

“The killing and intimidation on Nile Street is just a prelude to committing a massacre to end the sit-in by force,” Sudanese Professionals’ Association (SPA) said in a statement late on Saturday.

Please please pray for #Sudan. The military are currently shooting protestors all across Khartoum. At least 8 killed already and the death toll is climbing. Hospitals where injured protestors are being treated are being attacked by the military as well. @CyrilRamaphosa #speakout

A footage has also emerged of a protester being shot by a security Forces sniper in Khartoum.

Footage of a protestor being shot by a security forces sniper in Khartoum#Sudan pic.twitter.com/JhiK8qiPtA

After the military removed al-Bashir and seized power, tens of thousands of protesters remained in the camp and other protest sites, saying an end to his 30-year rule was not enough and demanding a speedy transition to civilian rule. 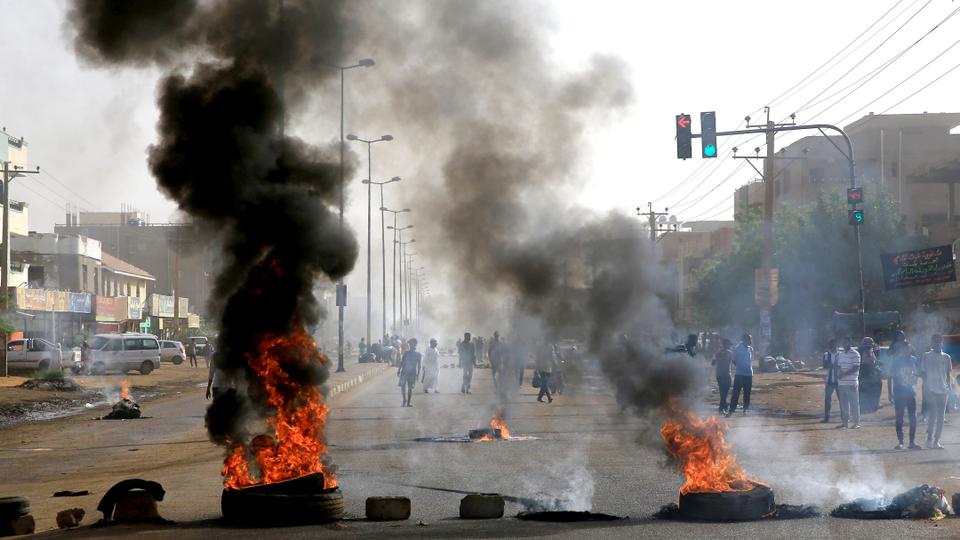 Protest leaders and military officials have been negotiating over the makeup of a transitional government, as protesters call for “limited military representation” in a sovereign council that would lead the country as it transitions to civilian rule over three years.

Both sides are split over the makeup and leadership of the council, with the ruling generals refusing to relinquish power.