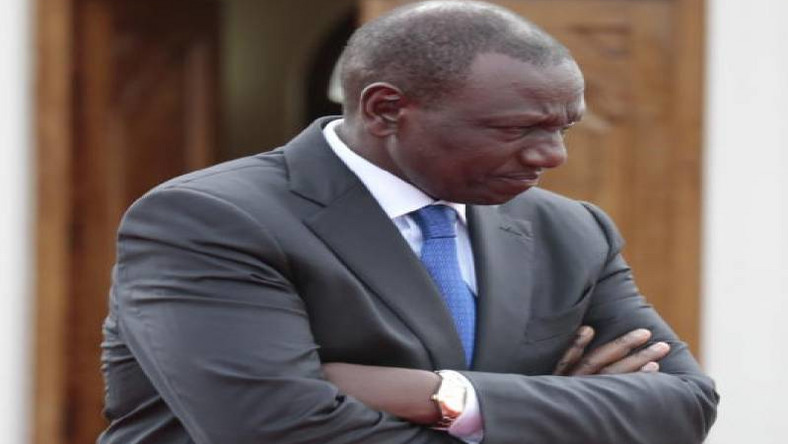 Even as the rift between President Uhuru and his Deputy William Ruto continues to widen , fresh details concerning their fall out have emerged.

It has now emerged that the bad blood between the two started way back during the 2017 campaigns. Botched Jubilee Party primaries ahead of 2017 elections and theft of campaign funds ignited the rift that has been widened by underhand dealings and premature 2022 presidential campaigns. 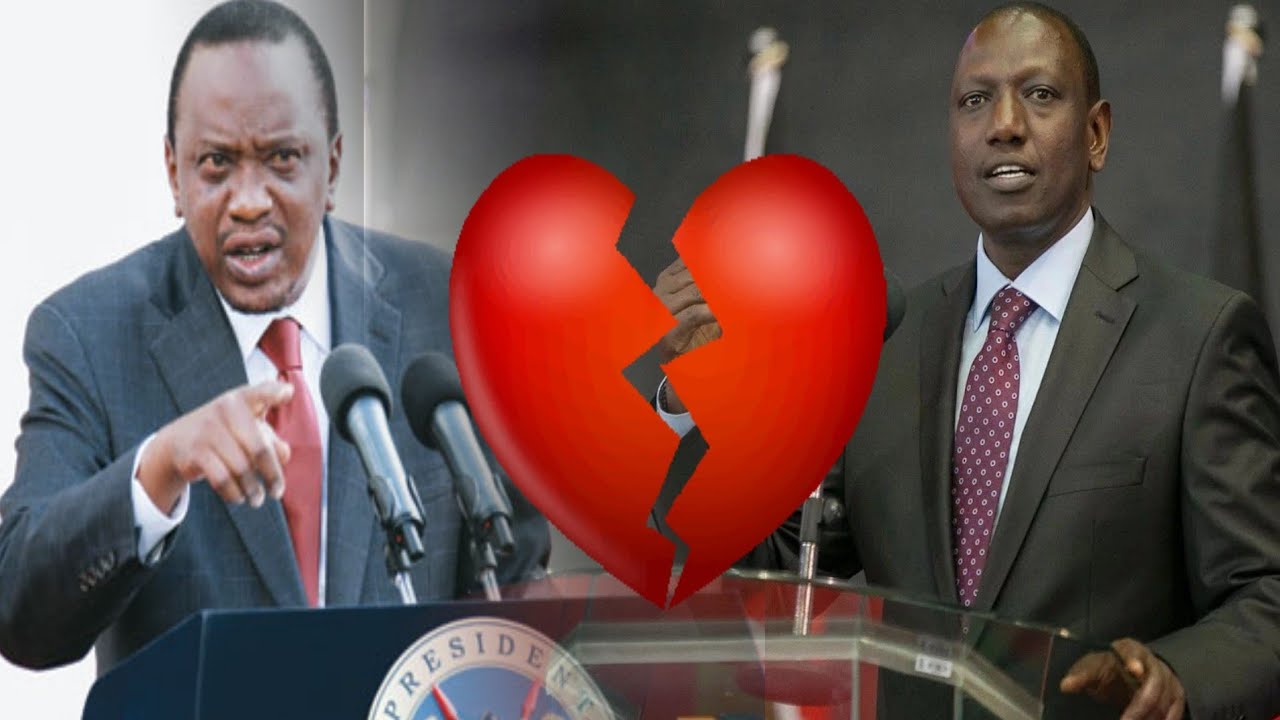 According to reports from highly placed sources, President Uhuru Kenyatta got angry with his Deputy William Ruto after millions of money donated for Uhuru’s campaigns by China, Sudan and Uganda, among other friendly countries, went missing.

Consequently, Uhuru was forced to raid the Kenyatta family coffers to finance the campaign after millions of shillings from state bodies such as Kenya Pipeline and Kenya Power and friends of Jubilee vanished into thin air. 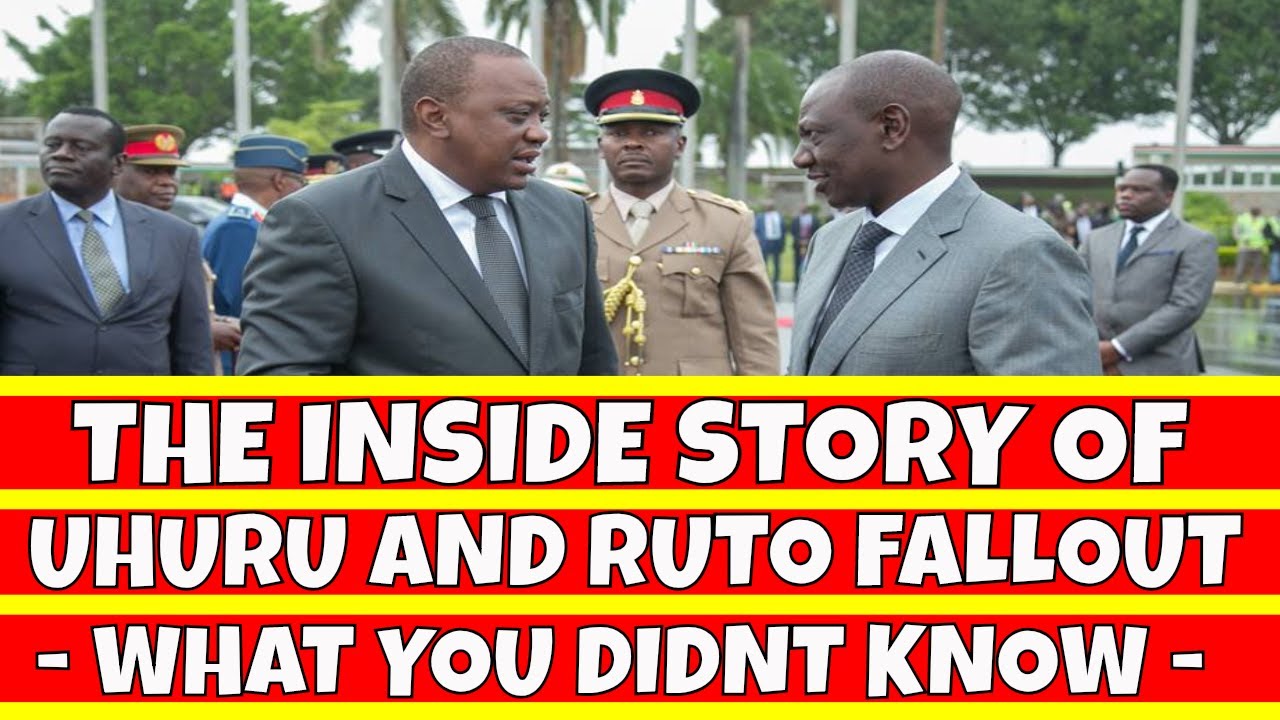 According to the sources, the Kenyatta family was hungry with Ruto whom they blame for the financial mess at the Jubilee party. The DP was personally in charge of the campaign secretariat and saw the party’s chaotic primaries which were canceled and a repeat ordered.

The DP, according to sources, once at the helm at the secretariat sidelined Jubilee secretary general Raphael Tuju in making financial decisions where all supplies were his cronies.

Tuju has of late become the DP’s biggest headache in the succession matrix.
Even after the polls, the tussle between Ruto and Tuju continued largely fuelled by their aspirations to control the Jubilee political machine ahead of 2022.

Former Jubilee party vice-chairman David Murathe spoke the President’s mind when he claimed Ruto manipulated the nomination process so as to plant his allies in Mt Kenya region as well as his Rift Valley backyard.

The move is said to have even backfired in his own Turbo constituency Uasin Gishu where his favored Jubilee candidate Kevin Okwara was defeated by an independent Janet Sitienei. Also in Ainaboi, William Chepkut won as an independent. Ruto wanted a one Samuel Chepkonga on Jubilee to be area MP.

Indeed, when Uhuru hosted Mount Kenya Jubilee Party losers at State House after-party nominations, they expressed their bitterness with the process arguing the DP rigged them out to ensure his 2022 line-up was in place. 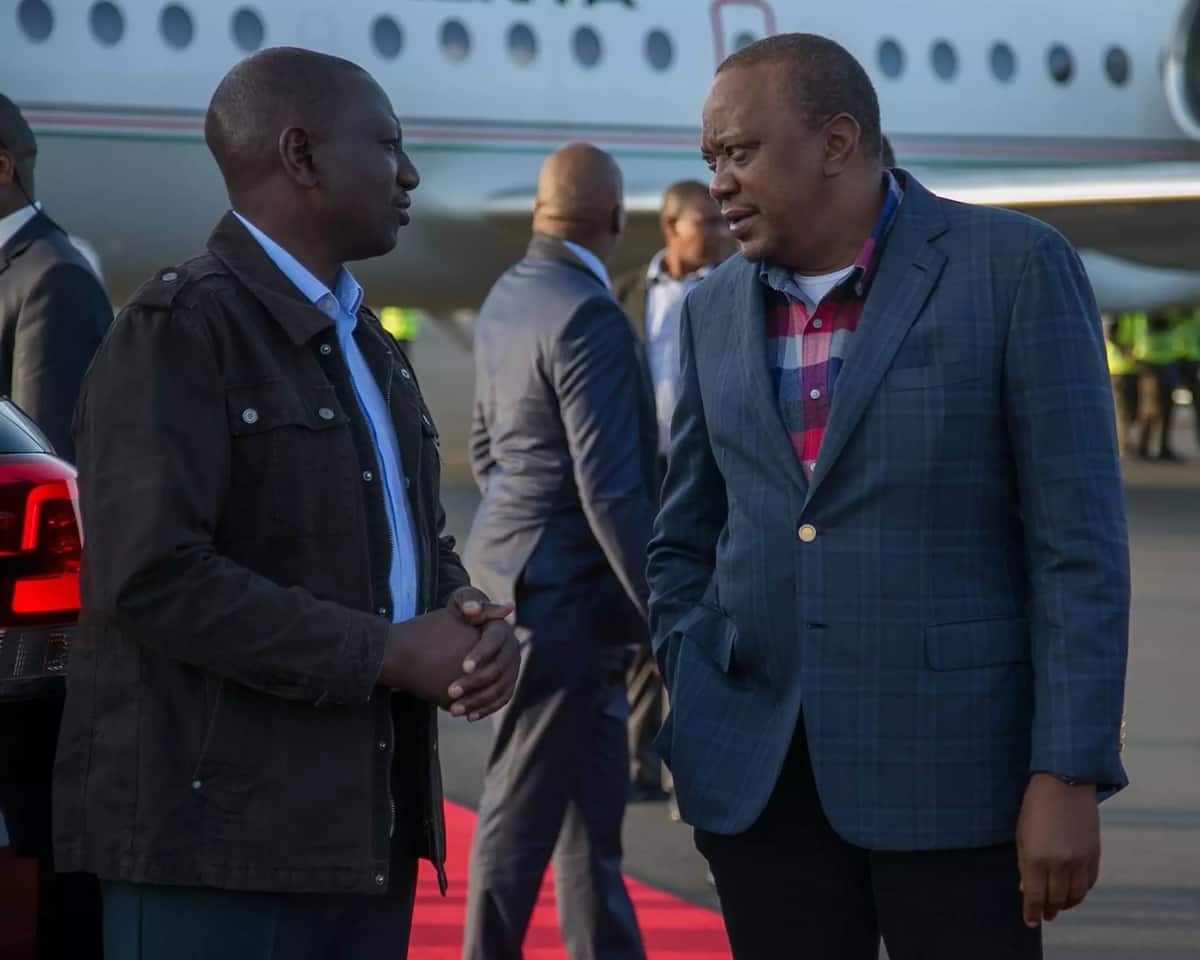 But speaking in Kikuyu, Uhuru told them he was aware they were rigged out but urged them to remain in the party, saying they still needed Ruto to deliver the Kalenjin votes and “after that Ruto would know who Uhuru is”.

That explains why Uhuru, during the campaigns, to hoodwink Kalenjin voters said, he will back the DP in 2022. Silently, he knew all along that he would not honour this pledge once he won the reelection. Third, Uhuru got bitter with Ruto when, after the polls, he started pushing for former Bungoma governor Kenneth Lusaka to be appointed house speaker to replace Justin Muturi. Ruto was advocating for Lusaka to appease the Bukusu community in 2022.

By lobbying for Muturi’s removal, Uhuru, according to sources, felt that his number two was stabbing him in the back. Muturi is Uhuru’s drinking buddy and a few years earlier Ruto had boasted to Kalenjins that he was the one running the government since the president was ever enjoying his drinks.

Insiders add that Ruto wanted to use Lusaka and majority leader Adan Duale to remove Uhuru from the top position using parliament which majority of Jubilee MPs are allied to him.

The relations between the two have so far escalated with Uhuru saying that his preferred candidate for the 2022 race will shock many. Since the March 2018 handshake between him and Raila, Uhuru has distanced himself from Ruto with reports emerging that Ruto is now plotting to go into 2022 alone without Uhuru’s endorsements.

It is only a matter of time before the major fallout between the two is made public  marking the end of Jubilee party and UhuRuto.