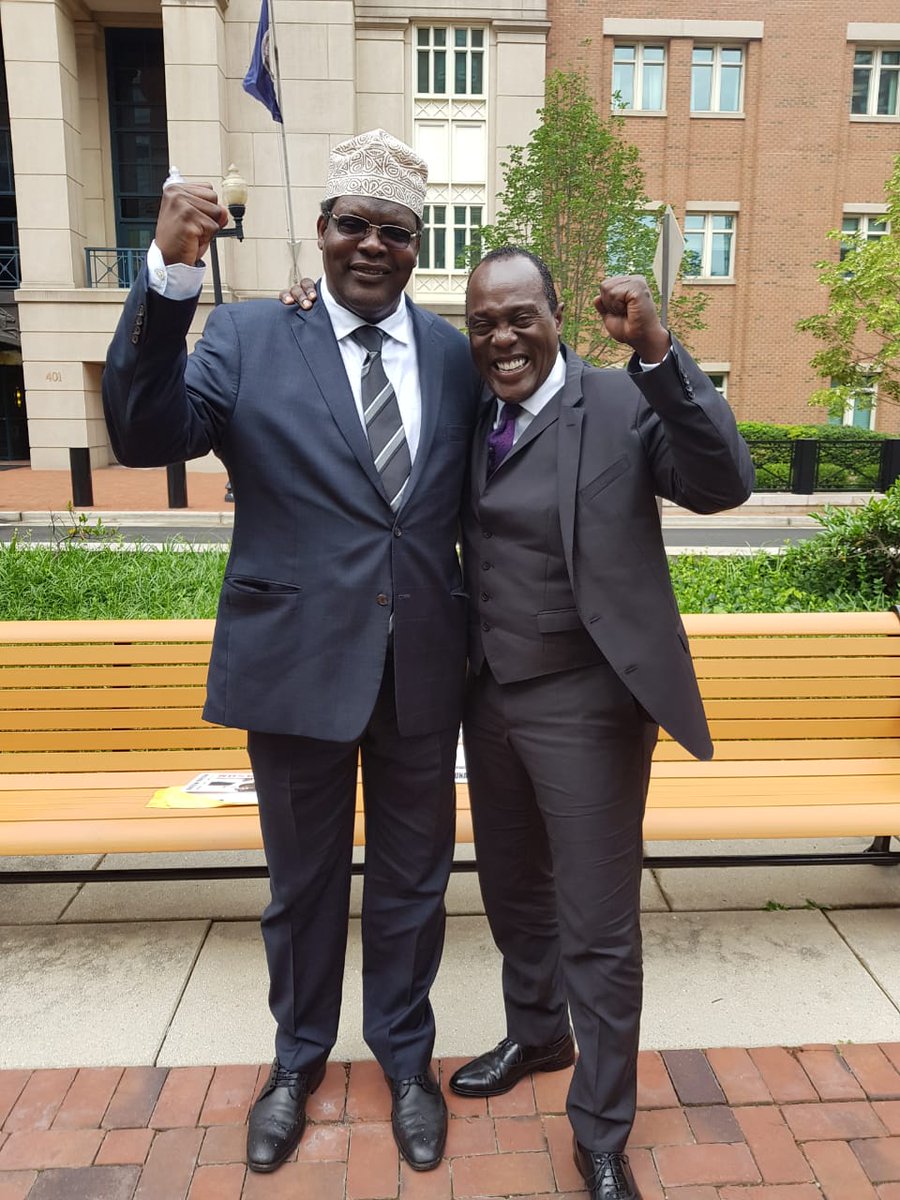 Announcing the joining news via his official twitter account, the self-proclaimed General said he bumped into Jeff Koinange in Washington, DC, earlier Tuesday, and recruited him into the National Revolutionary Movement of Kenya (NRMKe).

Look at who I bumped into in Washington, DC, earlier today, and recruited into the National Revolutionary Movement of Kenya (NRMKe). Watch out for tomorrow’s #JKLive #JKL. Viva! @KoinangeJeff @citizentvkenya pic.twitter.com/OEV3N0UN0q

Jeff Koinange has been in the US from last week for the ongoing registration of huduma namba in te diaspora which is slated to end on 20th June, 2019.

The CAS Interior @OleNtutuK Inspected the progress of #HudumaNamba registration at the Kenyan Embassy in Vienna, Austria.

The CAS urged Kenyans in the diaspora to register before the diaspora deadline of June 20th. pic.twitter.com/3A6JWO0f5n

Miguna Miguna on the other hand was in the US on is ongoing tour of his book, TREASON, the case against tyrants and renegades.

The books are here now. From Canada with love. A must read! Thank you @MigunaMiguna pic.twitter.com/ncP6SaOf6H

Miguna Miguna while sharing the information about his meeting with Jeff Koinange urged Kenyans to watch JKLIVE show on Citizen TV today (Wednesday) for more information.

Do you believe Jeff Koinange has joined Miguna Miguna’s movement? Let us catch up with the show for more information on the same.