For sometime now, the Mt. Kenya region has been speaking in different political tones even as 2022 General Elections draw nearer and nearer.

Like people without direction, the people of Mt. Kenya have been left to wander in the wilderness due to lack of a definate political route to take.

There have been proposals that leaders from the area meet in Limuru to chat a way foward heading into 2022.

Since 1966, Limuru town in Kiambu county has been the centre of regional politics.

Divisions are already emerging over the planned meeting as some leaders have already dismissed talks behind the whole meeting.

Kiambu Senator Kimani Wamatangi dismissed claims that Mt Kenya was planning a conference in Limuru, dubbed Limuru 2 to chart the region’s political future ahead of the next polls saying it was too early for such plots.

Wamatangi also disagreed with calls by some politicians from Kiambu to bar the DP from visiting the county noting that Ruto’s office allows him unfettered access to any part of the country for any engagement he wishes.

“We need only a few weeks to decide who will lead us after President Uhuru exits the stage. Stop driving the country into a political typhoon by overshooting your time. The DP is welcome to Kiambu any time like he is in any part of the country,” he said. 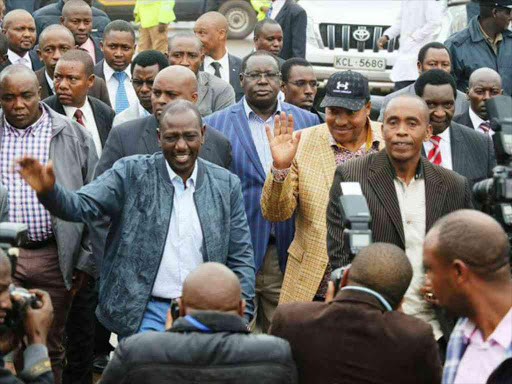 About two days ago, a number of MPs against a William Ruto Presidency warned him to never step foot in Kiambu unless he is in the company of President Uhuru Kenyatta.

The team known as “Kieleweke” even dared Ruto to quit his role as Uhuru’s DP is he could not adhere to a Presidential directive that ordered politicians to focus on serving their people and not engage in Politics.

“You are not welcome in this county unless you are accompanied by Uhuru,” said former MP George Nyanja.

The former MP asked: “How can someone go to another person’s home without his knowledge?”

As the Anti-Ruto Fever rocks Kiambu amidst confusion in the area, Kiambu Senator Kimani Wamatangi has insisted that the region will back any candidate picked by the party for 2022 race even if that choice is not a Kikuyu.

“We support candidates picked by our party not because he or she is a Kikuyu. Our vote remains a determining factor,” said Wamatangi.

Do you feel that the people from Mt. Kenya will have the last laugh come 2022? Will they be in a political cold thereafter?