While it can be admittedly dicey, there are certain ways to acknowledge a hot pic   and navigate Instagram more broadly that are neither creepy nor suspect and might actually result in a date/hook-up. But this means   especially because Instagram is the point of origin for a ton of romantic interactions nowadays no inappropriate Dming the aforementioned unsolicited dick pics, no nagging in the comments and no ignoring the one you’re with because you’re secretly married to someone else. 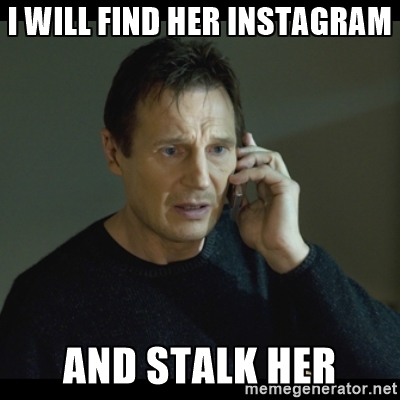 I, however, believe that desiring attention is perfectly normal and that it’s fine to appreciate a good thirst trap. And so, when she posts a picture that’s essentially just of her ass in a bikini, go ahead and add a peach emoji in the comments. Some might think it’s corny, but I say boost her on that algorithm. Be careful with emoji’s, though. If the connotation is too sexual, I’m looking at you, eggplant emoji   it can be gross. Other comments she can typically appreciate are the simple stuff like “Art,” “Incredible” or “God bless.” Generally speaking, comments that are strictly about appearance should suggest reverence.

Meeting people on Instagram is totally ‘normal,’ but unfortunately, a lot of dudes make their approach really creepy or overtly sexual in a way that kills the vibe. Nagging falls under the creepy category. For example, multiple men commented on stuff like, ‘I love your weird tits,’ ‘Your tits are saggy but I’m down’ or ‘Hot but get a boob job.’ What is she supposed to think?

Following someone is pretty straightforward and hard to mess up. A girl who goes to the same college as you? Sure, you’ve got something in common. A girl who shows up on your Instagram Explore page? Go for it, though she might not follow you back. A girl another girl you already follow tagged in a photo? Okay, you share a mutual friend.

A girl you saw on Tinder? That’s fine since at that point you don’t know whether or not this person has swiped right on you as well. In all of these cases, though, don’t assume the attraction will be mutual, and in particular, don’t badger them if there are no mutual interactions.