Bayern Munich president Uli Hoeness has told Jerome Boateng the defender’s best option would be to leave the club.

The disgruntled German defender Jerome Boateng is on the verge of leaving Bayern Munich after president Uli Hoeness told him to find a new club on Sunday.

Boateng, 30, has appeared increasingly unhappy at Bayern this season, after losing his place in the team to Niklas Suele.

Having remained on the bench as Bayern won the German Cup final on Saturday, Boateng immediately disappeared down the tunnel after the final whistle, and did not join his teammates’ on-pitch celebrations.

“I would advise him to leave the club. I think he needs a new challenge,” Bayern president Hoeness told media on Sunday.

“He looks out of place. As a friend, I would advise him to find a new club.” 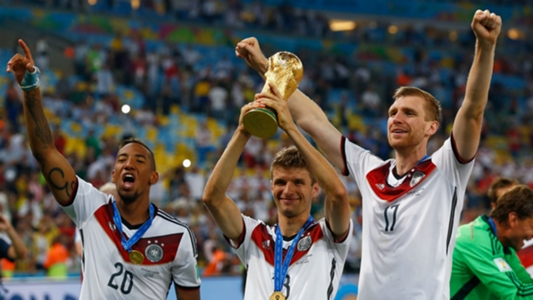 The 2014 World Cup winner’s current contract at Bayern expires in two years, and he has recently been linked with a move to Inter Milan or Paris Saint-Germain.

The transfer ultimately fell through, however, with Bayern sporting director Hasan Salihamidzic accusing the French club of “peculiar tactics”.

Along with Mats Hummels and Thomas Mueller Boateng was told by Joachim Loew in March he would no longer be selected for Germany.

In the 2018-19 season, Boateng not only lost his place on Bayern’s starting XI but was also forced to end his international career when Joachim Low announced in March he no longer plans with him and Bayern teammates Mats Hummels and Thomas Muller.