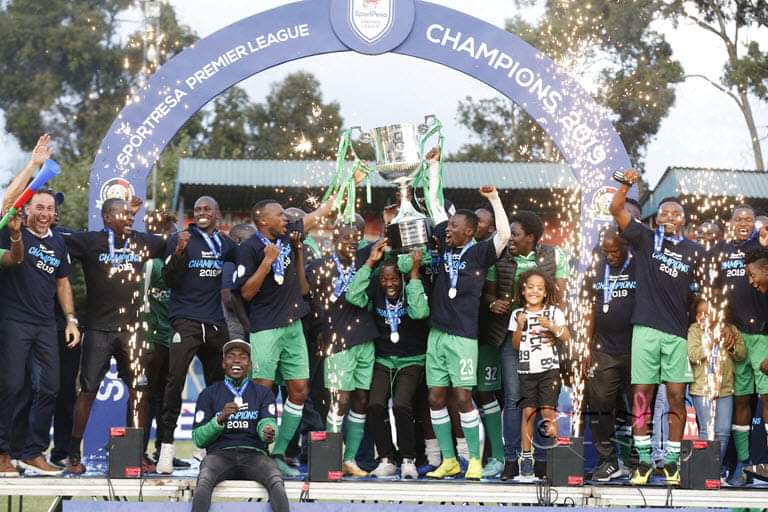 Despite winning the 2018/19  Sportpesa Premier League title their biggest achievement is winning it thrice in a row and is certainly a magnificent milestone but not without some disappointments.

Gor Mahia officials have absolved themselves from blame regarding the lacklustre 2018-2019 SportPesa Premier League trophy presentation ceremony on Saturday at Kenyatta Stadium in Machakos.

The club was officially crowned the season’s champions with a last round of games still to be played. It was their 18th title, a record extending feat.

Gor are displeased with the manner in which the ceremony was held, saying that they would have organised a befitting trophy handover if they had been allowed to do things their way.

Club Chief Executive Officer Lordvick Aduda told Nation Sport on Sunday that the initial plan was to have a pompous and elaborate ceremony done in Kisumu on Wednesday during the last home match against Mathare United.

“We cannot coronate ourselves. That match (against Posta Rangers) was not ours, and so there was very little we could do to make it more colourful. And the result is what you saw.

“We did a request SportPesa and the Kenyan Premier League well in advance, asking them to let us use our last match against Mathare United do the handover, but this was turned down at the last minute because apparently the sponsors (SportPesa) had already made logistics to have it done in Machakos.

“We had even made an alternative request to have Nyayo Stadium opened just for that match and talks were at an advanced stage, only for us to be told two days before that the handover would be done in Machakos,” he said.

LACK OF INVOLVEMENT
Reached for comment, KPL CEO Jack Oguda said he was out of town and was not involved in the arrangements. 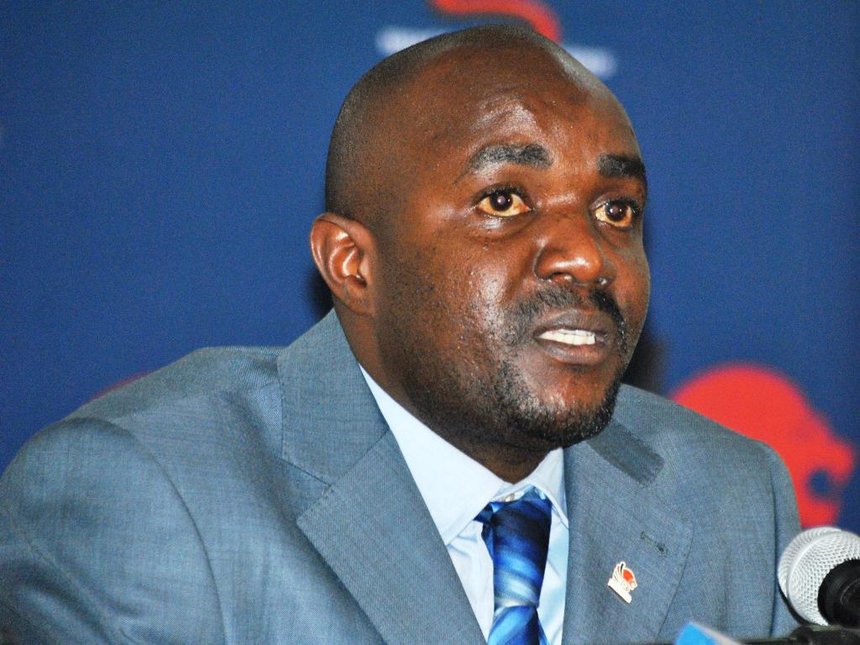 “I really don’t know what happened. I had a burial to attend to and so I wasn’t involved in the ceremony arrangements. All I know is that Gor were to be given their trophy on Saturday in Machakos,” he said.

The coronation ceremony itself was dull, poorly attended and regrettably lacking in the usual pomp and glamour that traditionally characterises such events.
It was a far cry from a similar ceremony organised in 2015 when K’Ogalo won the silverware for a third consecutive time.

Football Kenya Federation officials led by president Nick Mwendwa snubbed the event, with sources indicating that they had not been invited.

The FKF president and his media liaison officer Barry Otieno could not be reached for comment. Aduda called on FKF and KPL to work together in organising such a ceremony.