Villa are back in the Premier League after beating Derby in the play-off final 2-0 at Wembley to cap off a brilliant 2019.

Dean Smith’s men won courtesy of goals from Anwar El Ghazi and John McGinn to send the Birmingham-based side back to the big time.

The Rams were unable to get into the flow of the game and two huge defensive errors allowed Villa to capitalize.

If at first you don't succeed, come back and try again…🏆

On-loan winger El Ghazi opened the scoring on the stroke of half-time after getting in ahead of Jayden Bogle to score with his shoulder.

And the match was put out of sight by McGinn when the Scotsman made the most of a horrendous gaffe to double the lead.

Derby managed to grab one back through Jack Marriott but Smith’s side held on despite a nervy end. 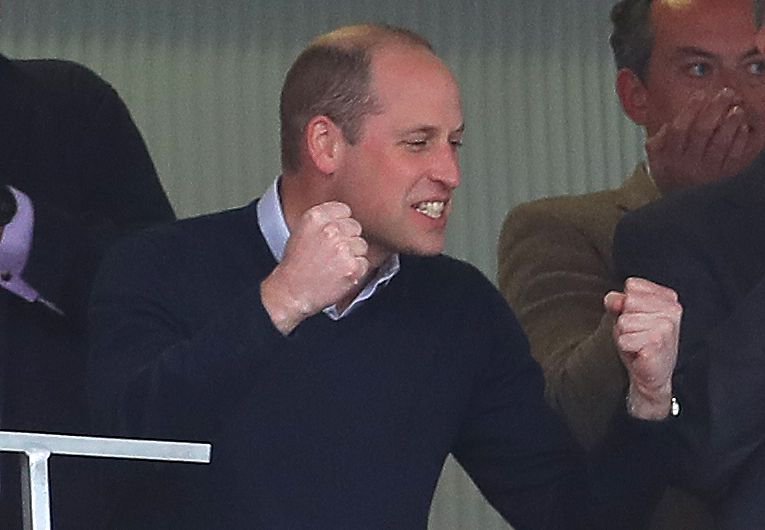 Prince William was watching on from the stands and is a massive Villa fan.

And the 36-year-old was utterly over the moon watching his team return to the Premier League after three years in the Championship.

He could be seen celebrating with Villa legend John Carew – of all people.

It is a special return for Villa, who at one stage looked resigned to another yearn the second tier.

Aston Villa are back in the Premier League. pic.twitter.com/ghToTeAMz3

Under Steve Bruce, the fans were disillusioned and the level of play was dire – resulting in the managerial veteran getting the chop before Christmas.

Lifelong supporter Smith joined from Brentford and a 10-match winning streak saw the Villans snatch a place into the top six.

For Jack Grealish, it was particularly special after rejecting a move to the Premier League to stay with his boyhood club.

Smith made him captain during his managerial reign and the 23-year-old has performed excellently ever since.

He said: “I’m speechless. It was such a hard game, but when I look around and I’ve got John, Anwar I believe.

“It means the world to go up, we know where this club belongs. I’ve stayed here and we’re back there now. I’ve led my boyhood team to the Premier League.”