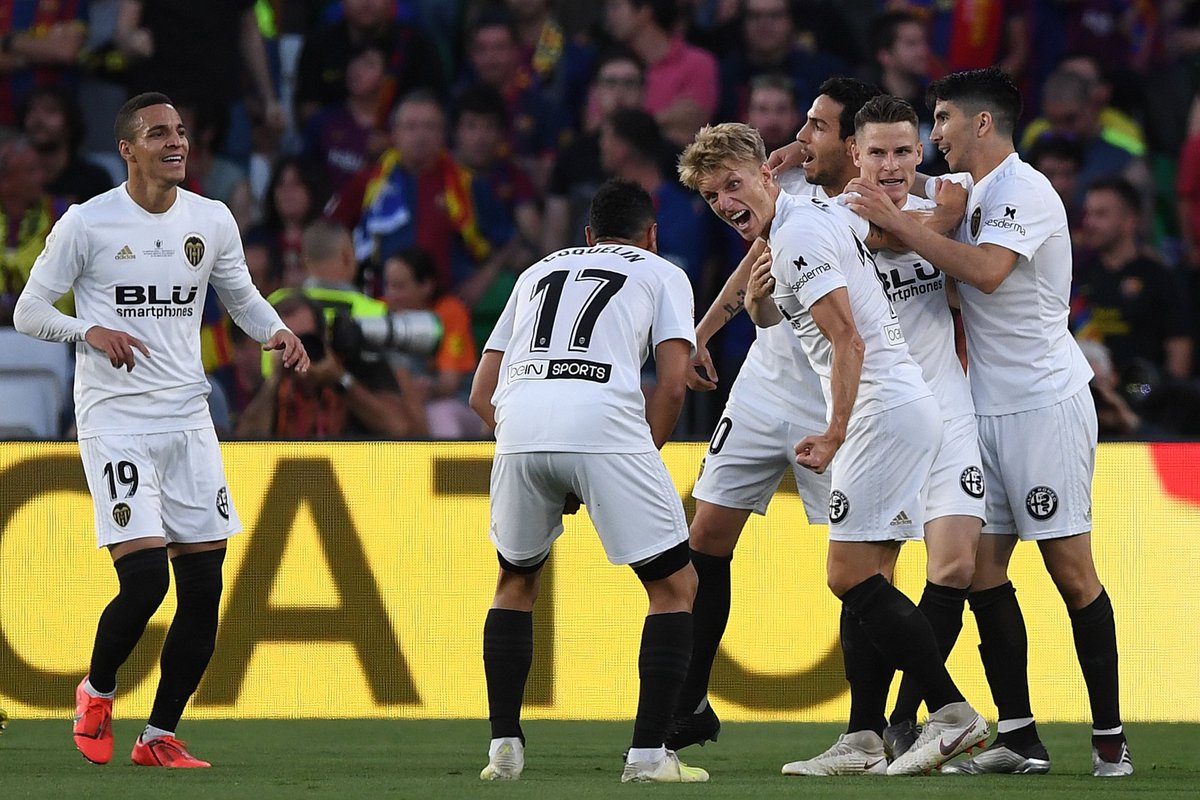 Copa del Rey underdogs, Valencia, shocked Laliga winners, Barcelona by scoring two goals in the first quarter of the hour through Kevin Gameiro and Rodrigo as a valiant Valencia beat the champions Barcelona to win the Copa del Rey.

It was a much-anticipated win for the Ernesto Valverde’s men and a win would have helped ease some of the pain of the Champions League loss to Liverpool, but they were far away again, in the Seville heat.

⚽️💥 Enjoy these goals against Valencia, before the final on Saturday 🔝 #TotsUnits

French forward Gameiro fired in a superb strike to give Valencia the lead before Rodrigo headed in the second in a record twelve minutes to give the side a much-waited win over the Spain Champions.

Lionel Messi’s 73rd-minute his 28th goal against Valencia in all competitions gave Barcelona hope but they fell short of getting enough to clinch the cup. 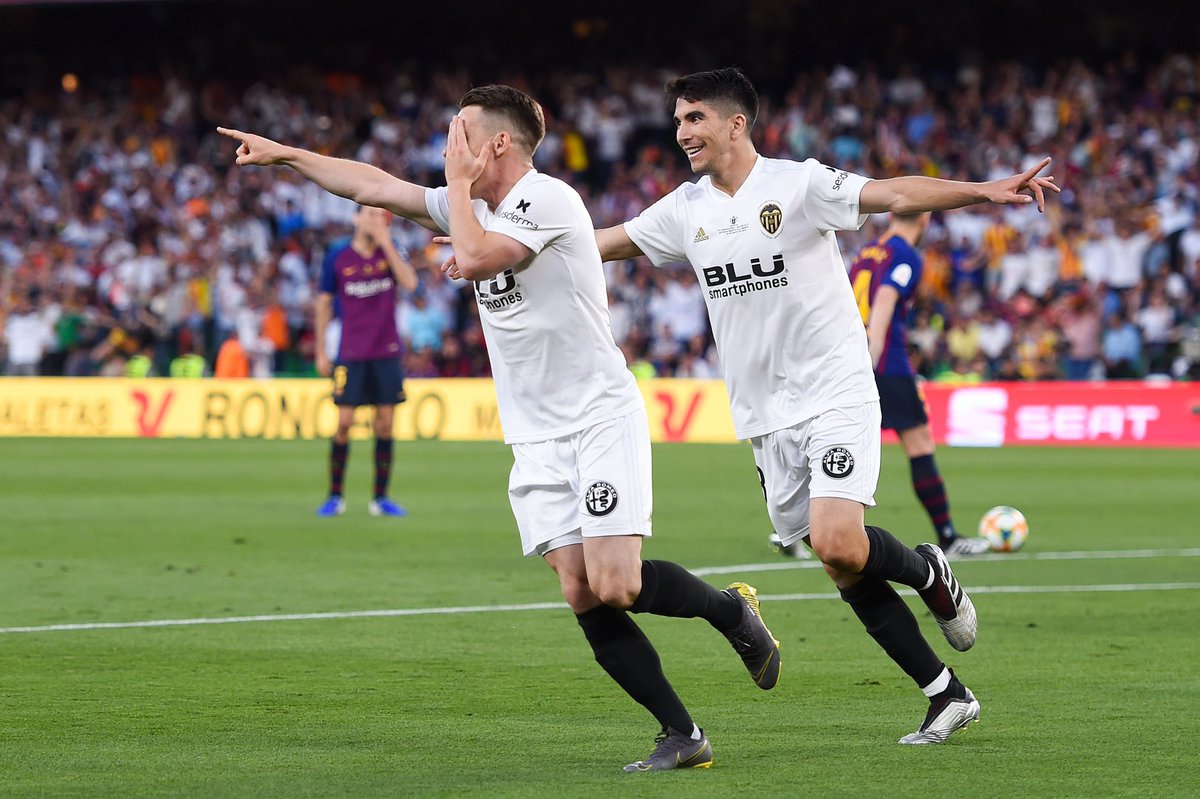 Barcelona president, Josep Maria Bartomeu expressed his belief and trust to in the manager, Valverde to continue at the Nou Camp saying he is not to blame and has to focus on the next match knowingly that a loss for a club of the Catalans stature, not an easy matter.

There was a sign of things to come when, in the eighth minute, Barcelona defender Clement Lenglet was lucky to escape being punished for a woeful pass. 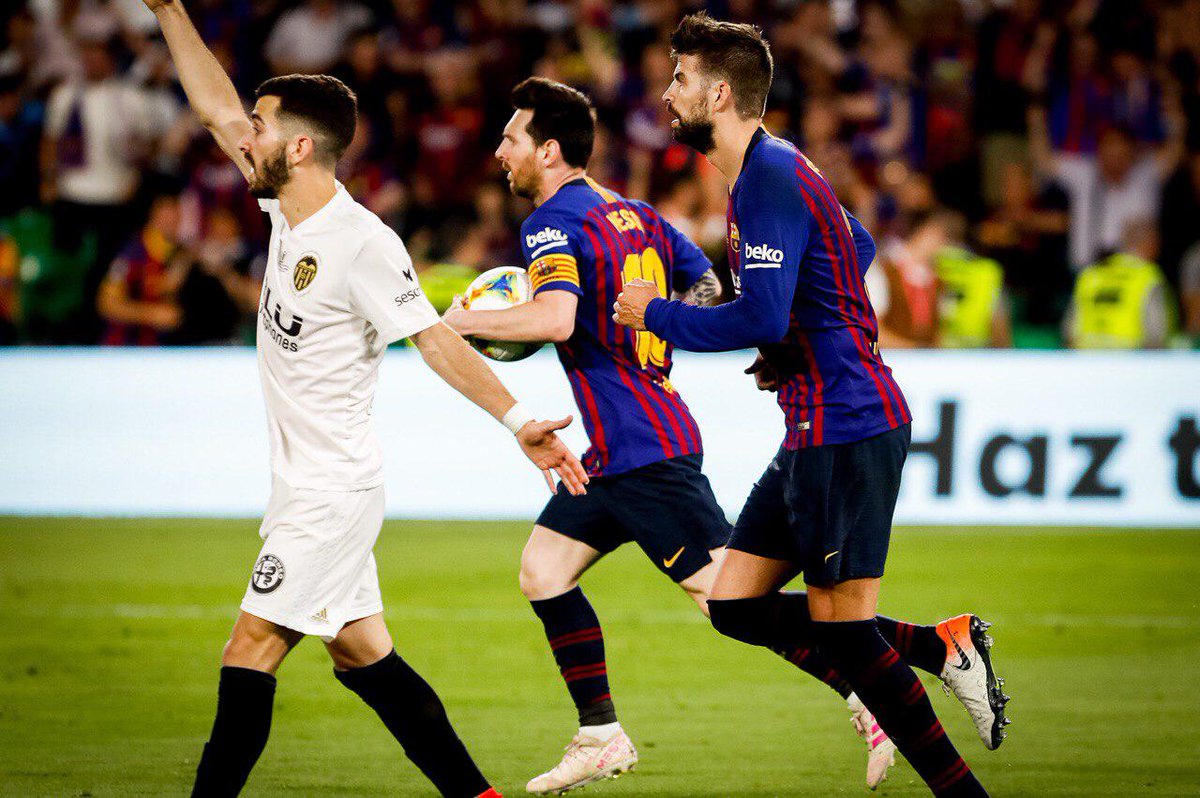 His ball along his own area was picked up by Rodrigo, but fortunately for the Frenchman, his centre-back partner Gerard Pique was on hand to clear the Spain international’s shot off the line.

Messi, who does have a habit of easing himself into games, tested opposition keeper Jaume Domenech for the first time just before the break before his full abilities came to the fore after the break. 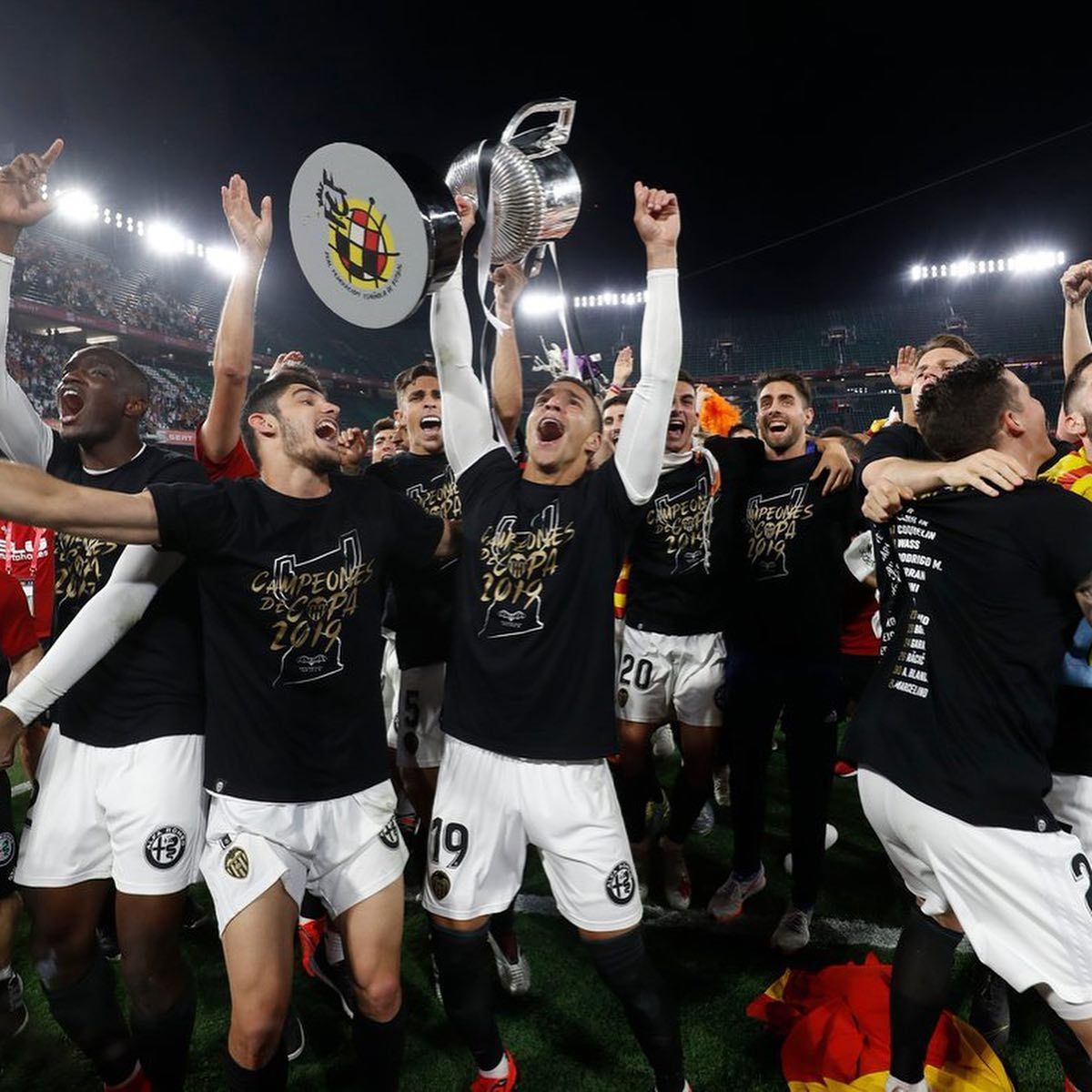 The Argentine had one shot, with the outside of his boot, come off the post before he forced Domenech into making a stunning one-handed save.

The expected onslaught in the final 15 minutes never materialised with, instead, Valencia’s Goncalo Guedes twice going close to scoring a third for his side. 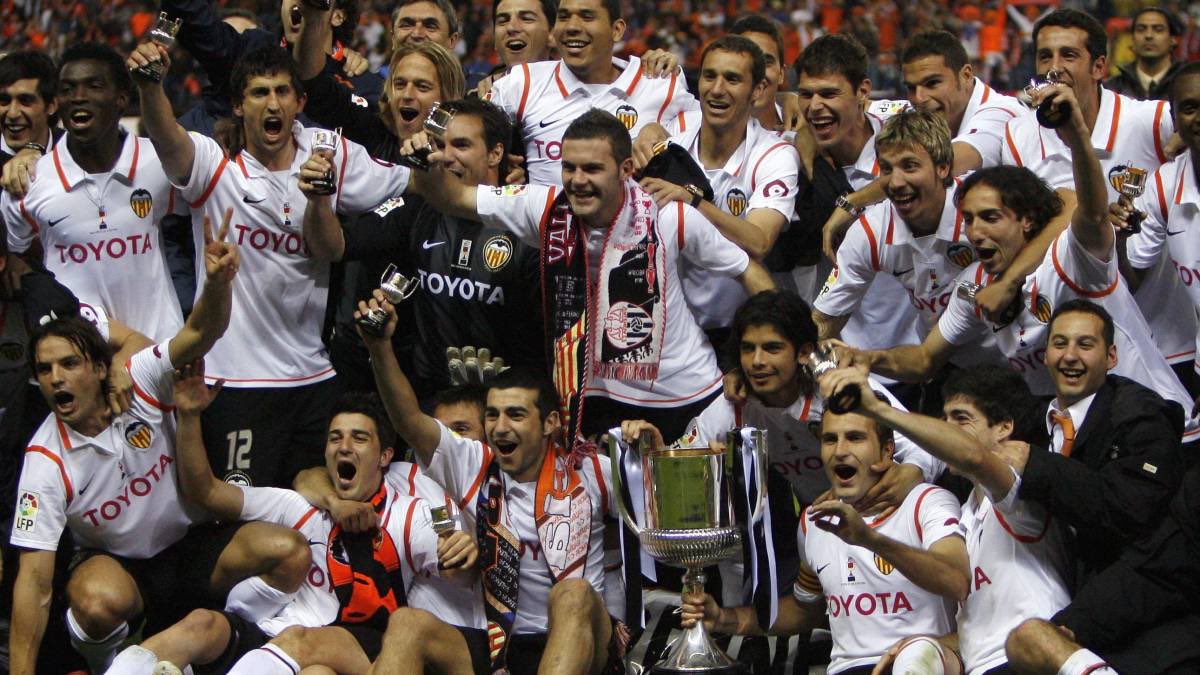