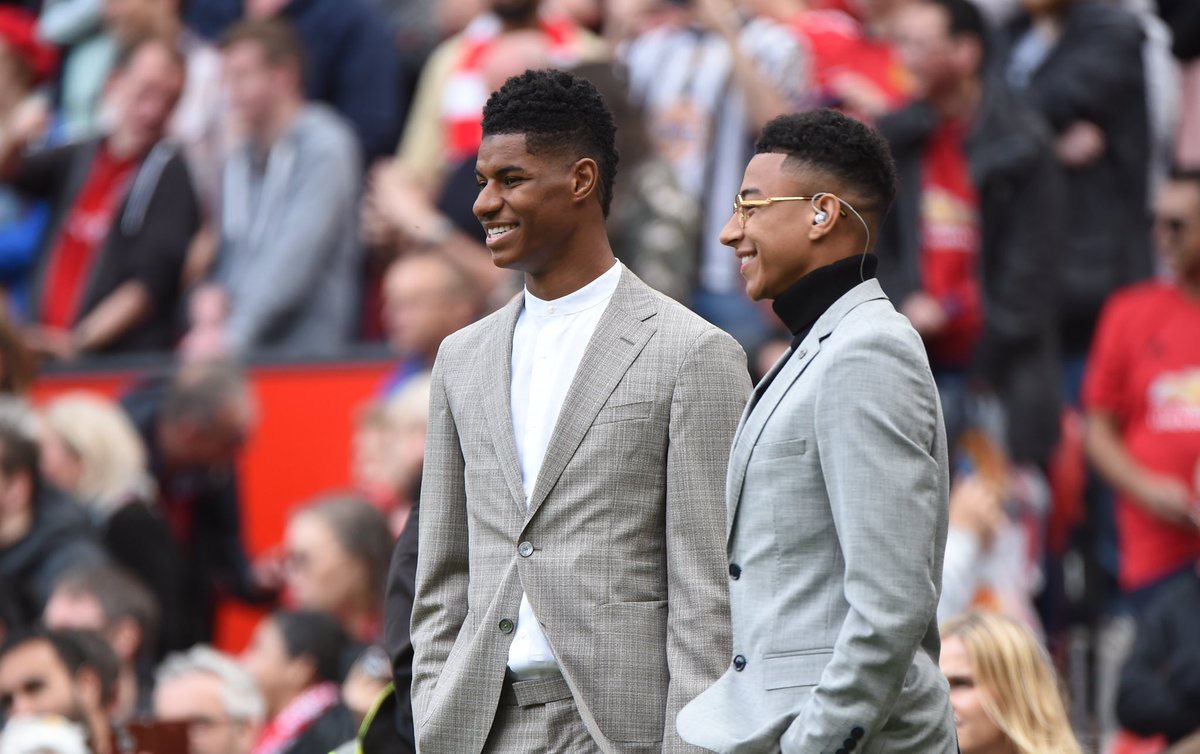 Manchester United and England forward, Marcus Rashford who was watching his boss play got the chance to turn the tables on Manchester United boss Ole Gunnar Solskjaer during the Treble Reunion match on Sunday.

The Norwegian played in the charity fixture, which took place exactly 20 years after the Red Devils’ historic Champions League final win over Bayern Munich in 1999 at Spain.

David Beckham is 44 and he’d slot straight into the current Manchester United team 🤦🏽‍♂️. I can only name one player who comes anywhere close to this and his name starts with a P and ends with an ‘Ogba’🤷🏽‍♂️🤷🏽‍♂️ #Pogba #Treble99 pic.twitter.com/JYty2zhwpK

Solskjaer played a vital part in that game, netting the all-important winner with one of the final kicks of the match to win the trophy for Manchester United.

True to form the Red Devils boss got on the scoresheet for United once again on the weekend friendly fixture, breaking the deadlock within a few minutes against the Bayern Munich legends. 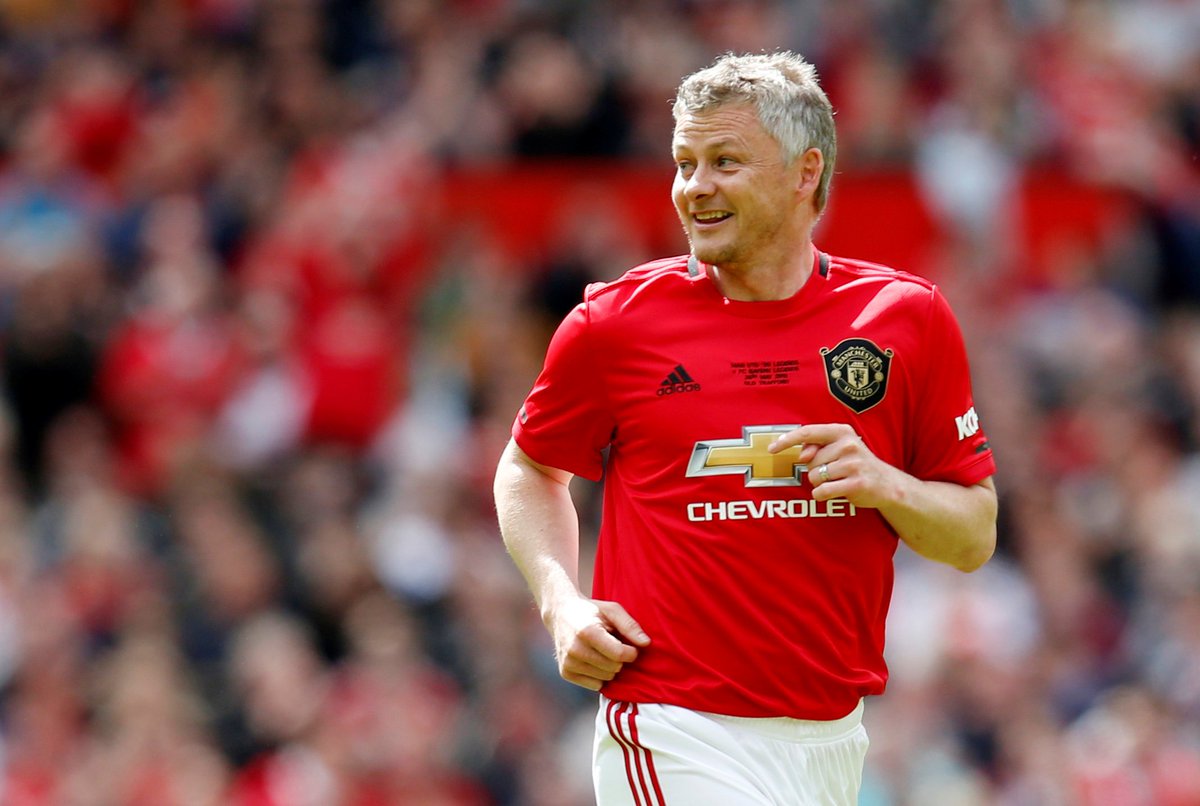 Rashford was asked for his thoughts on Solskjaer’s goal on BT Sport and took his opportunity to turn the tables and critique his boss.

Although, unsurprisingly, he only had nice things to say about the Norwegian.

“That’s him in a nutshell. His positioning is great. He’s always in the right place at the right time,” said Rashford.”It ends up a simple goal but during the build-up on the right side, he is just waiting and being patient. He’s in the six-yard box and the ball comes to him.”

Solskjaer also had a few things to say about the match.

“[It’s] great to be out there with the players and for the fans,” said the Norwegian.

“[It feels like] it’s been more than 20 years since we played together, it’s heavy out there. My calves don’t want to play anymore 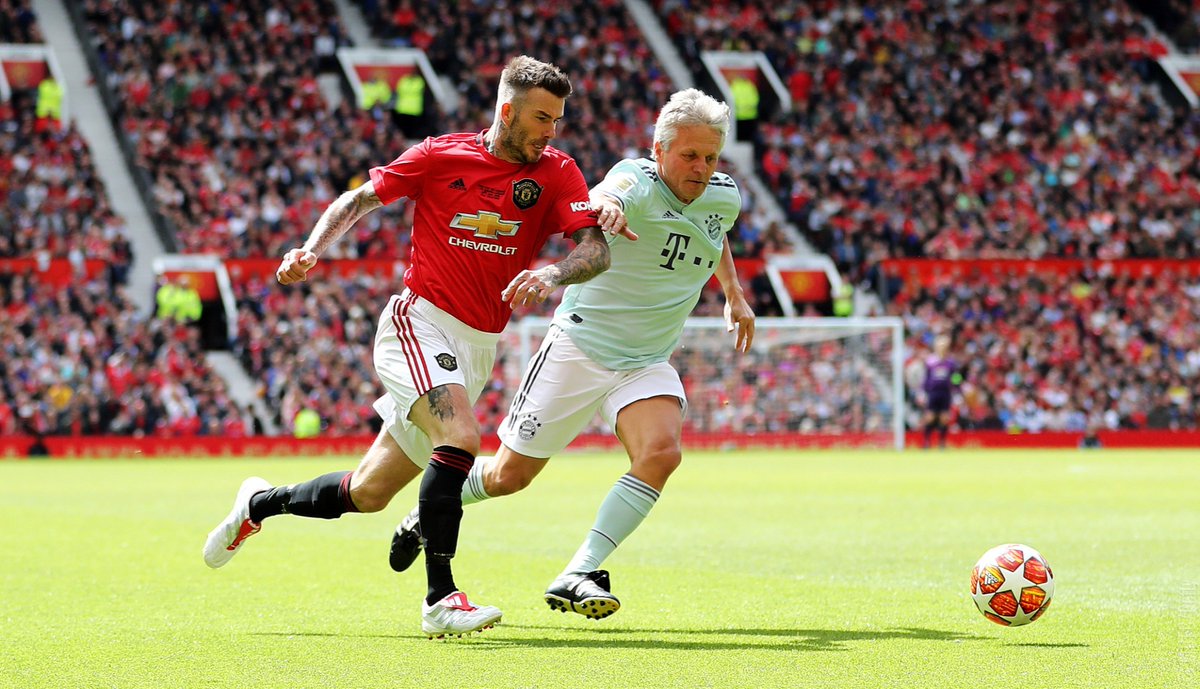 “Some of the players are quite fit, it’s still a competitive one with a few nice tackles flying in.”