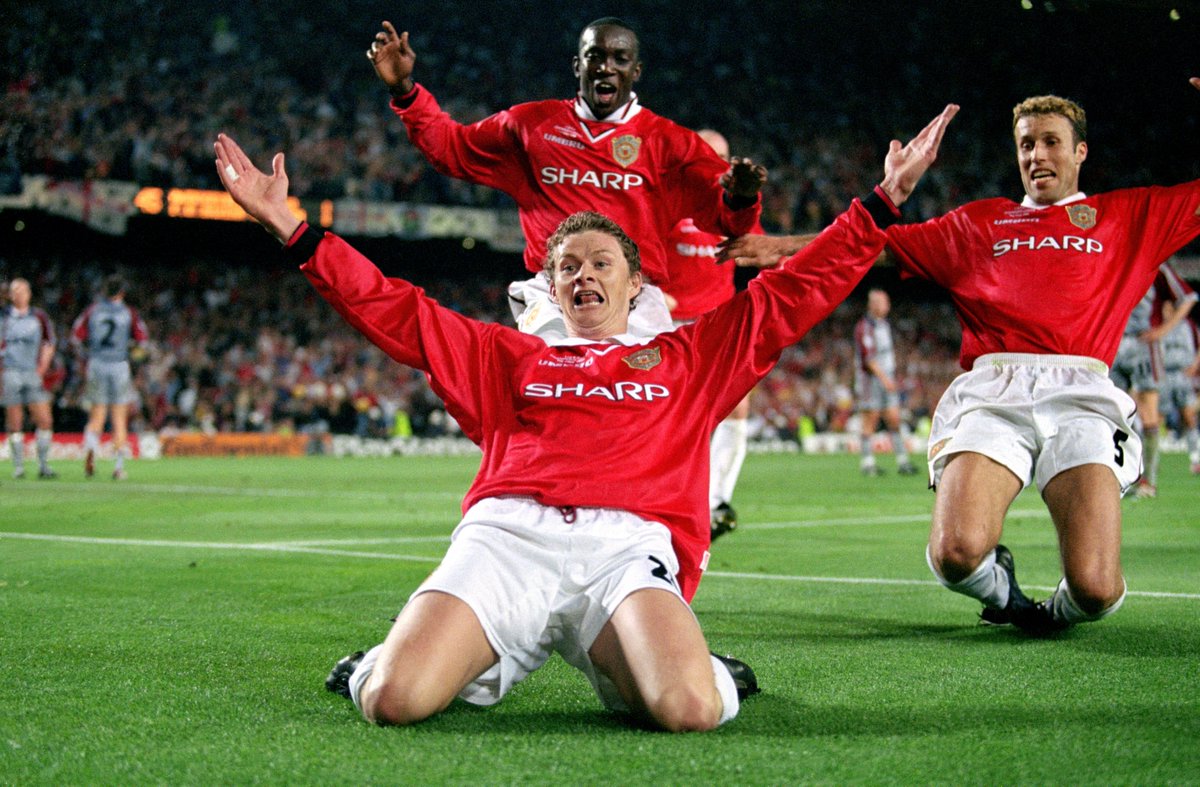 Manchester United manager Ole Gunnar Solskjaer opened the score for his side that he now manages when they clashed in a reunion match played atOld Trafford over the weekend.

The early 90s United striker, Ole Gunnar Solskjaer proved you never lose it by netting for the Manchester United legends in their Treble Reunion clash with Bayern Munich. 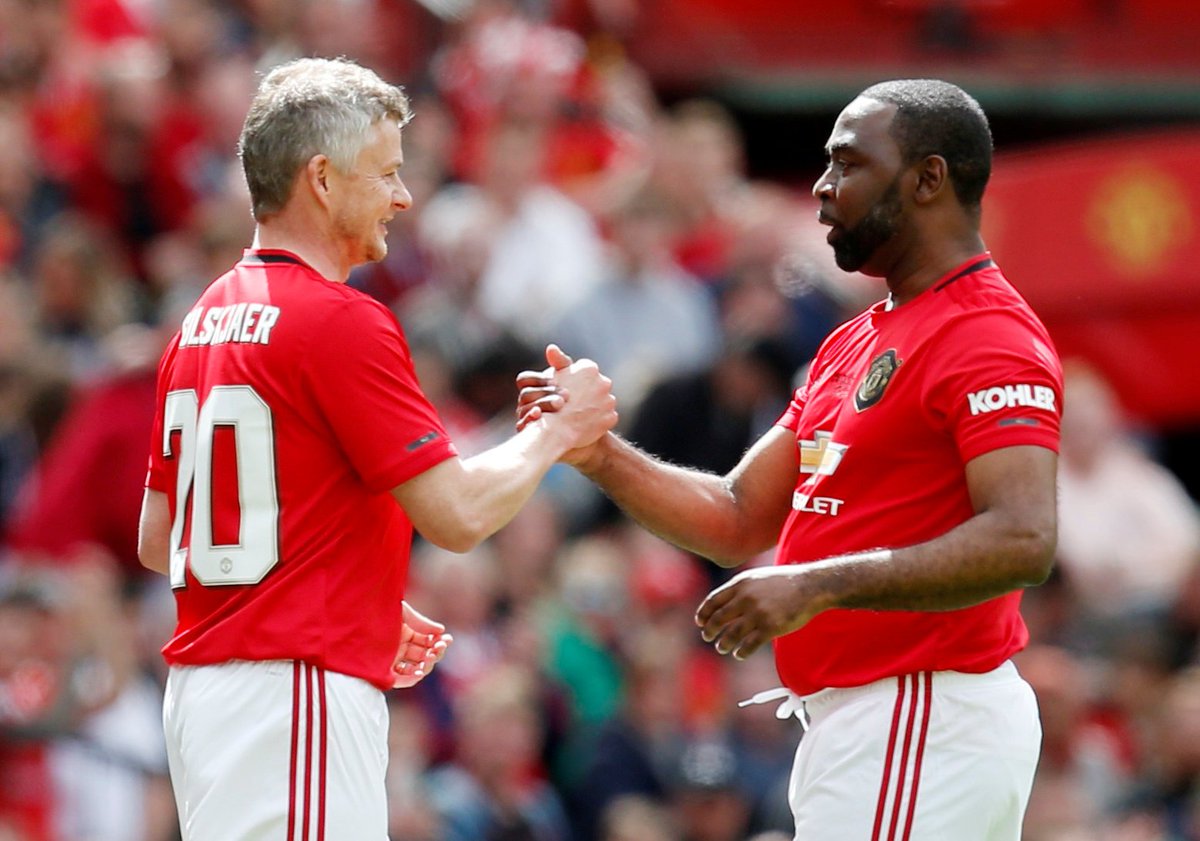 The Norwegian, who was named permanent Man United boss after a successful spell in temporary charge this season, tapped home to put the Red Devils ahead in the first few minutes of the game.

United faced Bayern Munich again on a Sunday afternoon two decades on from the famous Champions League final fixture between the two sides that was played in Spain with United manager, Ole Gunnar Solskjaer scoring the decisive goal that saw the side take the trophy home under the management of retired Alex Ferguson. 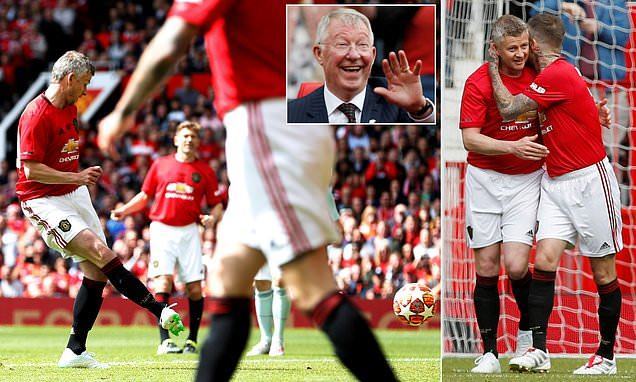 Twenty years on from their memorable victory at the Nou Camp, the two legend sides faced each other at Old Trafford in a charity match to commemorate such an iconic moment in the history of the two clubs.

Sir Alex Ferguson returned to the Old Trafford dugout to manage his famous Treble-winning side which included the likes of current first-team manager Ole Gunnar Solskjaer, as well as David Beckham, Teddy Sheringham and Paul Scholes Yorke, Johnsen, Jaap Stam and others.

The match, which is raising money for the Manchester United Foundation, was also the first time that United wore their new 19/20 kit in a competitive match.