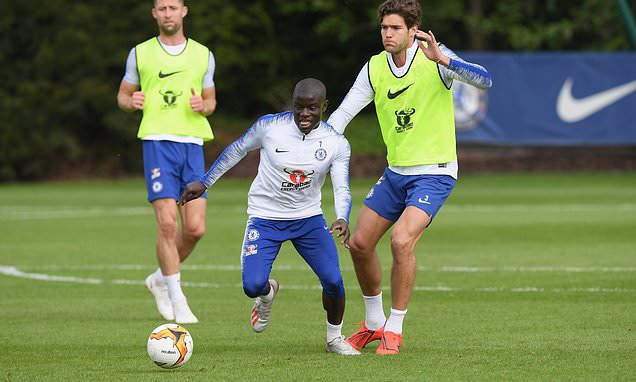 Maurizio Sarri is a troubled man after one of s midfielder, N’Golo Kante delivered a major blow to Chelsea’s preparations for the Europa League final.

The French star and World Cup winner is set to miss the showdown with Arsenal in Baku after suffering a knee injury in training on Saturday at a time when he had been ruled fit for the finals.

France midfielder Kante had been recovering from a calf injury and had stepped up his training in the hope of making Wednesday’s final but his recent injury now completely rule him out even to the beginning of the next season.

But Kante has now suffered another setback which is a serious worry for Maurizio Sarri who has a growing injury list for the game although the doctors are making checks on how bad Kante’s injury is but it seems likely to rule him out of the final.

Antonio Rudiger, Callum Hudson-Odoi and Ruben Loftus-Cheek are definitely out and Kante would be a huge worry as he is a key player for the Chelsea squad especially at the finals where they need the best of their players to get a trophy for the season.

It could leave Chelsea with limited options beyond Jorginho, Ross Barkley and Matteo Kovacic in midfield. The Blues will be leaving for Baku with Arsenal having jetted out on Saturday to begin their preparations.