Following their narrow loss to Fiji in their opening game, Shujaa ignited hopes of making the last eight for the first time this season when they collected a memorable 21-20 victory over Samoa in their second game, boosting hopes of a turnaround in fortunes when they faced France.

Kenya Shujaa imploded in the second half of their last Pool B fixture against France to go down 17-31 to miss out of the Main Cup quarters of London 7s to intensify HSBC World Sevens Series relegation fears on Saturday evening.

Bush Mwale started and finished the scoring in a highly-entertaining first half after Jacob Ojee gave Kenya a two-try lead but France came roaring back through Paulin Riva and Jean Pascal Barraque as Shujaa went in for the break with a 17-12 advantage. 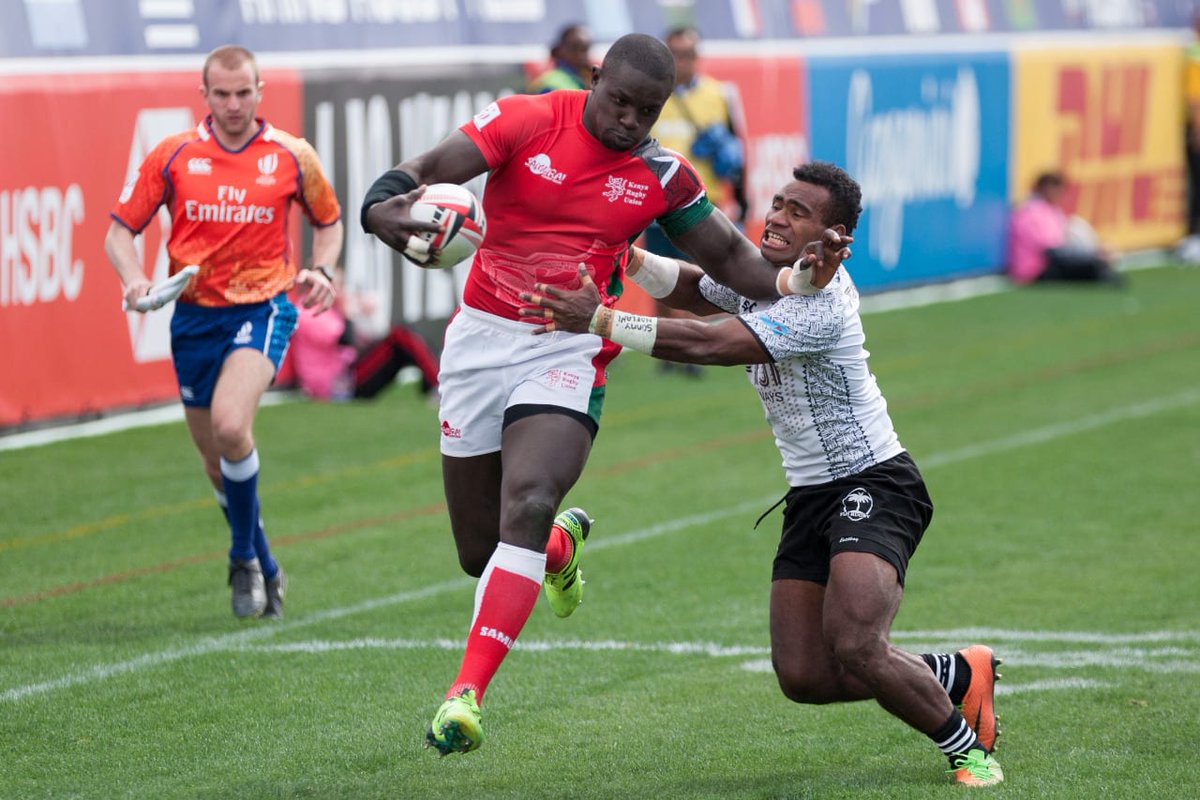 The second stanza was a different tale altogether as Paul Murunga’s men lost the grip with Remi Siega who has been one of the stars of France’s resurgence in the series came to the fore again with two tries to help them seal a place in the Cup quarter-finals.

Paul Bonnefond got in on the act too and the final score looks more comfortable than that actually was.

Shujaa’s second Pool B defeat deflated the celebrations that greeted their stoic performance against Samoa where KCB RF winger Vincent Onyala scored a hat trick of tries to power Kenya to their slim victory.

Onyala’s three tries, all booted in by youngster Johnstone Olindi, handed Kenya the points to outwit a tough Samoa side.

But they were all nearly not enough as a nervy ending saw Kenya barely survive after Samoa missed a very kick-able conversion right at the death soon after a late try that left the scores at 21-20 in favour of Kenya. 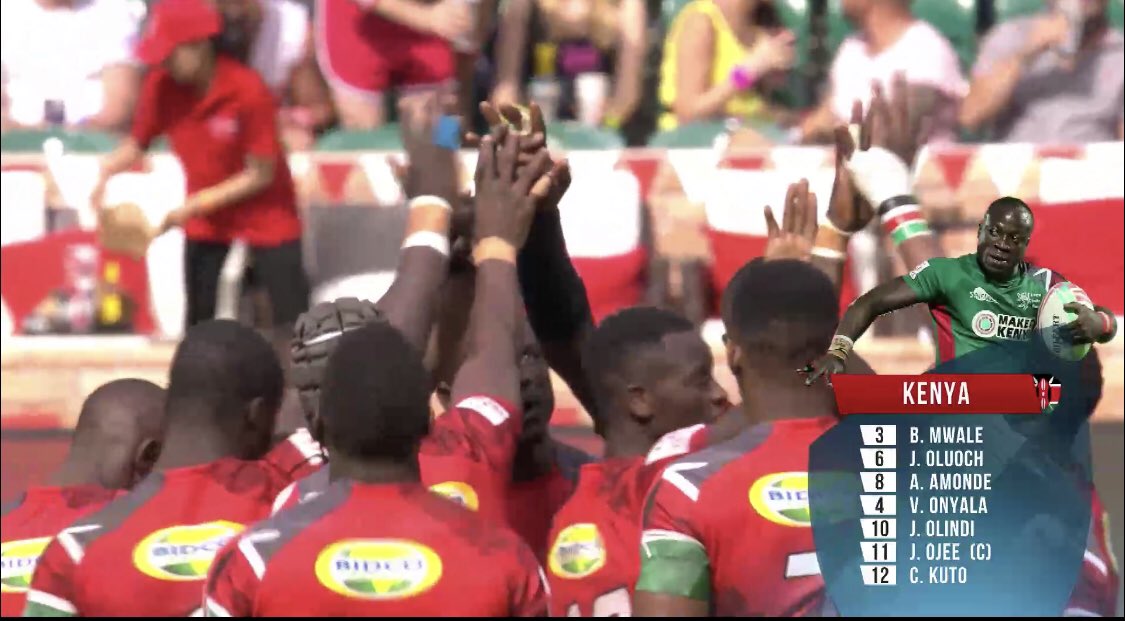 Kenya led 14-10 at half time with after coming from behind with two converted tries from Onyala. Samoa had a quick fire two opening tries by Melani Matavao and Alosio Logotuli for a 10-0 lead.

Into the second half Samoa went ahead once again, 15-14, with a quick try from Laaloi Leilua who survived a charged tackle by a cross covering Onyala to score at the corner.

But quick hands led to Onyala’s third right outside the posts handing Olindi an easy chance to convert.

With six seconds left, when Kenya thought they had it wrapped up, Samoa grounded one more try through Alamanda Motuga. Leilua was to miss the extra much to the joy of Kenya.