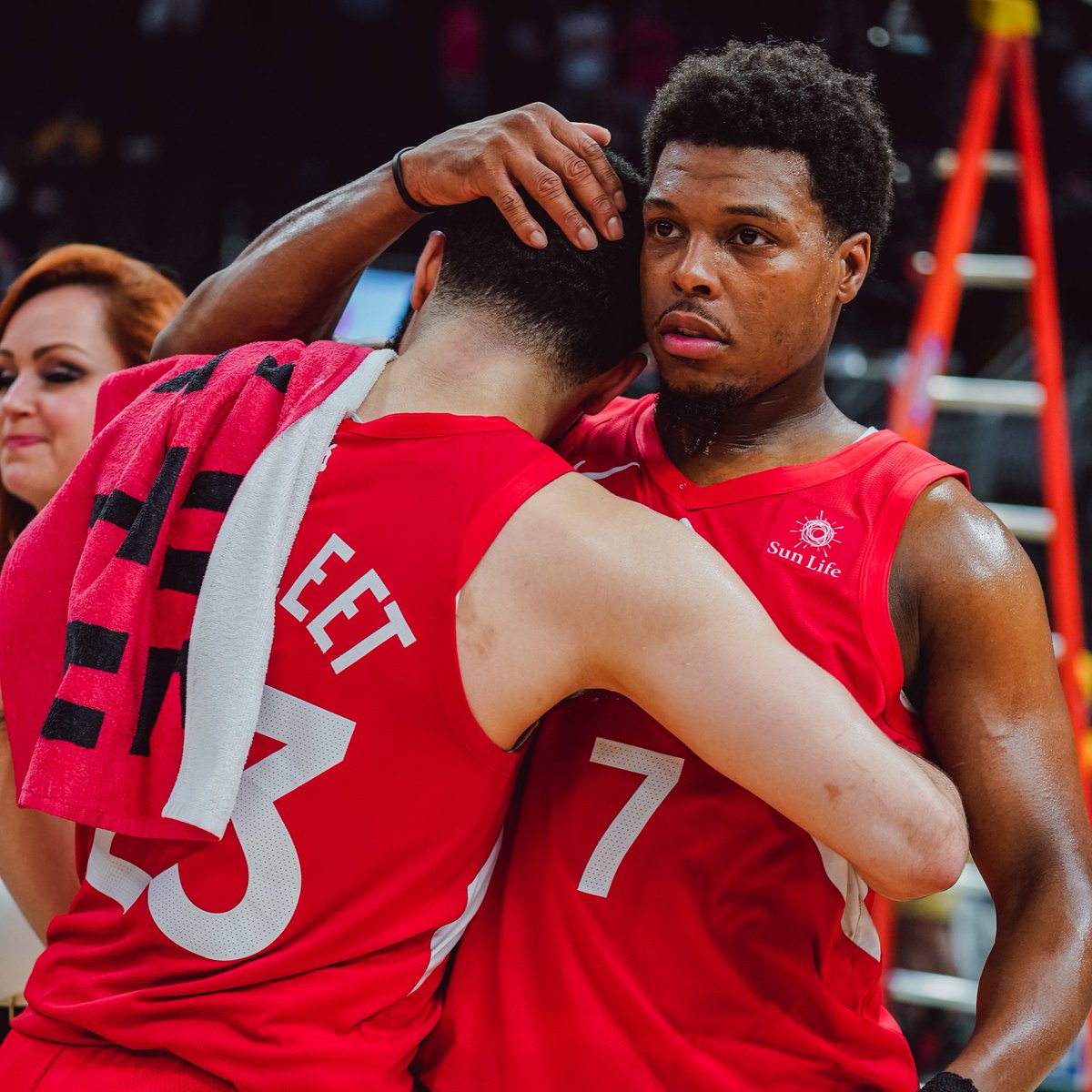 The Raptors started Thursday’s pivotal game slowly and trailed 49-46 at the half, then kept it tight with the top-seeded Bucks before seizing command late in the fourth quarter to take a 3-2 series lead.

The Toronto Raptors, established on November 4, 1993, when the NBA, as part of its expansion into Canada, awarded its 28th franchise to a group headed by Toronto businessman John Bitove for a then-record expansion fee of $125 million USD has struggled ever since to make it to the finals but are now just a game away from making their first finals in Franchise history.

The Claw, Raptor’s Kawhi Leonard, who was favouring a sore left leg in game four, played 40 minutes Thursday, after putting in 52 minutes in Sunday’s double-overtime win by the Raptors.

"The Klaw… his length, the arm, the wingspan."

Kawhi Leonard scored 15 of his 35 points in the fourth quarter as Toronto beat Milwaukee 105-99, leaving the Raptors one win away from advancing to the finals for the first time in franchise history.

A win at home Saturday would set up a finals match with NBA defending champions Golden State Warriors.

Built for the moment. #WeTheNorth pic.twitter.com/nfaf1qy9em

“We weathered a storm early and we are just excited to get the win tonight,” Leonard said. Leonard reached the 30-point mark for the 11th time in the playoffs, drained five three-pointers, grabbed seven rebounds and handed out nine assists. It was the first time this season the Bucks have lost three straight games and it puts them on the brink of elimination from the postseason.

Fred VanVleet came off the bench to score 21 points, Pascal Siakam finished with 14 points and 12 rebounds and Kyle Lowry tallied 17 points for the Raptors, who became the first team to win on the road in the best-of-seven series. VanVleet nailed seven baskets from beyond the arc.
“This was a super-hard win tonight,” Raptors coach Nick Nurse said.

The Greek Freak Giannis Antetokounmpo delivered 24 points, Eric Bledsoe scored 20 and Malcolm Brogdon finished with 18 points and 11 rebounds for the Bucks, who at one point in the first quarter led by 14 points, and were up by 12 in the third quarter before carrying a three-point edge into the fourth.

No Greek in the playoff diet pic.twitter.com/NIx1AcC8pQ

Earlier in the day Antetokounmpo was named a unanimous first team All-NBA player.

“It’s first to four. We’ve got to go to Toronto, get a game. I think the group will be ready,” Bucks coach Mike Budenholzer said.

A dunk by Siakam gave the Raptors an eight-point lead with 6:20 to play. The Bucks pulled to within four on Brook Lopez’s driving layup with 5:31 left.

They lovin' that back in T.O. pic.twitter.com/k2vVDhYC27

After Marc Gasol hit a shot from beyond the arc to make Toronto’s lead seven, Milwaukee cut the deficit to two on Antetokounmpo’s three-pointer with just over four minutes remaining.

Lopez tied the game with a three-pointer with 2:44 to play, but the Raptors regained a three-point lead seconds later when VanVleet sank another three pointer.

Khris Middleton’s layup pulled the Bucks to within two with 59 seconds remaining.

Kawhi Leonard showing up in Milwaukee for game 5 and ripping the Bucks heart out pic.twitter.com/k98ScTmZ9L

Toronto led by three when Gasol made one of two foul shots with 34 seconds left. After a Milwaukee turnover, Siakam’s dunk increased the lead to five and Toronto held on from there.

Kawhi Leonard just kept it so real after the game 😂😂😂pic.twitter.com/YJmRURMMP7

Following the game, Canadian rapper, singer-songwriter and actor Drake promised that the Raptors will make it to the NBA Finals. If they do, they’re going to have to face the Golden State Warriors.

@Drake makes a promise to fans inside Jurassic Park that the @Raptors are making it to the NBA Finals. #RaptorsVsBucks pic.twitter.com/bjVq8INPqk