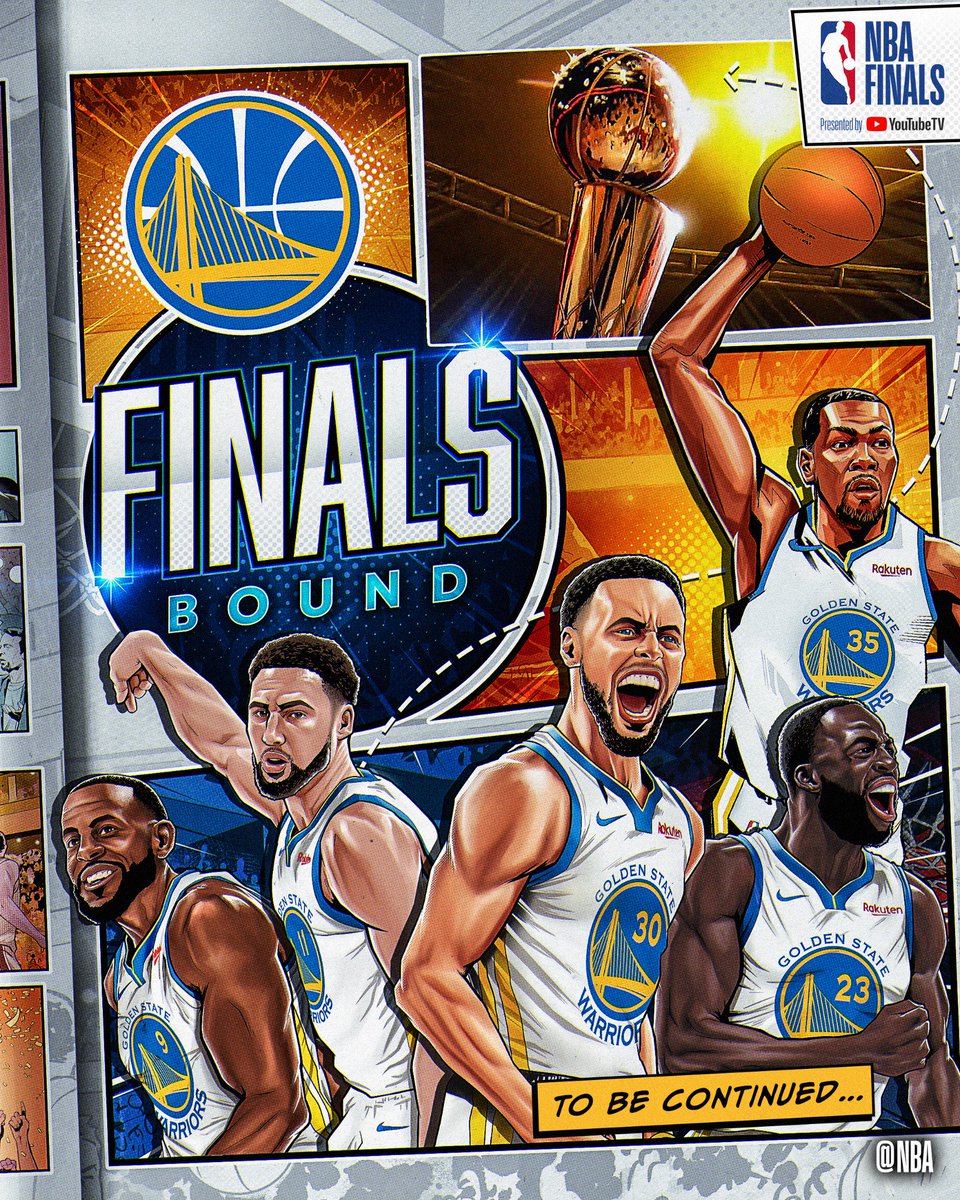 Stephen Curry and Draymond Green both posted triple-doubles to power the Golden State Warriors to a 119-117 overtime victory over the Portland Trail Blazers on Monday and into a fifth straight NBA Finals.

“I hope it doesn’t go unnoticed or underrated — five straight finals hasn’t been done since the 60s,” said Warriors coach Steve Kerr. “It hasn’t been done for a reason, it’s really, really difficult and so I just can’t say enough about the competitive desire of the group of guys that we have here.”

The Dubs swept the Trail Blazers in the Western Conference Finals, earning them their fifth-consecutive #NBAFinals appearance.@verizon has it all in tonight's Game Rewind ⏪ pic.twitter.com/BD6JTemu7y

The Warriors will battle for the title starting on May 30 against either the Milwaukee Bucks or Toronto Raptors, aiming to become the first team since the Los Angeles Lakers of 2000, 2001 and 2002 to three-peat as champions.

Steph and Draymond become the first pair of teammates in #NBAPlayoffs history to each record a triple-double in the same game. pic.twitter.com/dFvxagjbdu

Fittingly, Curry and Green combined on the game-winning basket in overtime, Curry feeding Green for a three-pointer that pushed Golden State to a 119-115 lead with 39.6 seconds left in overtime.

“But they were swarming them. So I was just talking to them ‘Watch out, watch out.’

“When he passed me the ball, I just let it go. When I shot it, it felt good.”

The Trail Blazers had led 69-65 at halftime, and built the lead to 17 in the third quarter – the third straight game in which Portland led by as many as 17 only to come up short.

With veteran Andre Iguodala having joined superstar Kevin Durant and DeMarcus Cousins on the injured list, the Warriors produced a total team effort to rally again.

“Being without Kevin these last five games has put us in a really tough spot and our guys stepped up in a big way,” Kerr said. “The group has a fiber to them – when (these) guys go down they find a way to come together and compete and win.”

The Warriors scored the last nine points of the third period to close within 95-87 and knotted the score at 104-104 on Curry’s layup with 4:34 left in regulation.

“We know we can cover 17 points in a matter of three or four minutes,” Green said. “So we always try to keep that mindset — that we’re never out of the game.”

Both teams had a chance to win in regulation, but Curry traveled before draining a three-pointer that didn’t count and Lillard was unable to get through in traffic as time expired with the score tied 111-111.

The @warriors advance as @StephenCurry30 (37 PTS, 13 REB, 11 AST) and @Money23Green (18 PTS, 14 REB, 11 AST) become the first teammates in #NBAPlayoffs history to both record a triple-double in the same game! #DubNation pic.twitter.com/LO9QVGfktU

MEYERS LEONARD IS ON ONE! 😤

His 25 pts are his career high. pic.twitter.com/WnxuwxDX5Y

👀 the best buckets down the stretch as the @warriors top POR to advance to their 5th consecutive #NBAFinals presented by YouTube TV! #StrengthInNumbers #NBAPlayoffs pic.twitter.com/Ryr28HYA3L

CJ McCollum added 26 for the Trail Blazers, but it wasn’t enough for a team that had fended off elimination twice in their second-round series against the Denver Nuggets.

Meyers Leonard has a message for anyone who thinks that Dame could have been more productive in the #NBAPlayoffs! 🙏 pic.twitter.com/PoGOoUCgrS

“We couldn’t get over the hump,” Trail Blazers coach Terry Stotts said. “I think it was a demonstration of how good they are and how good they have been over the years – they find a way to win.”

👀 the best buckets down the stretch as the @warriors top POR to advance to their 5th consecutive #NBAFinals presented by YouTube TV! #StrengthInNumbers #NBAPlayoffs pic.twitter.com/Ryr28HYA3L