Amidst the growing tiff between Somalia and Kenya border issues, Kenya Police has reportedly closed five Hawala operated by Somalis on Tuesday morning. Among those Hawalas include TAAJ and AMAL. It was not clear why the raid was conducted despite the fact that the business men had all the needed permits.

The move comes hours after Somalia Minister and MPs were denied visas despite holding diplomatic passports. This has been informed by a Somali based Radio Station Dalsan FM via their social media page. 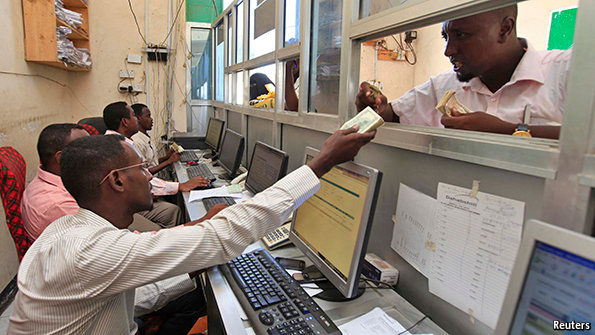 The three as Osman Liban (Deputy Minister of Water and Energy) and Senators Ilyas Ali Hassan and Zamzam Dahir landed back in Mogadishu on Tuesday morning after taking off from JKIA where they spent the night, officials said.

Liban is said to have travelled to Kenya to attend the launch of the EU Trust Fund for Africa programme to be opened at the United Nations office in Nairobi on Tuesday dubbed “Collaboration in Cross Border Areas of the Horn of Africa”.

A program of the event indicate Foreign Affairs Cabinet Secretary Monica Juma is among those expected to address delegates on Tuesday afternoon.Dr Juma was set to address the media on the issue and other matters at her office on Tuesday.