The differences between Wiper party leader Kalonzo Musyoka and his counterpart Makueni county governor Kivutha Kibwana was brought to scene on at Makueni county after MCAs from the two opposing sides in Makueni county exchanged kicks and blows.

The fracas arose when Makueni women representative Rose Museo made remarks concerning open discrimination against nominated MCAs. Tangai stood in the chambers to ask whether Museo had authority to question why nominated MCAs were kicked out of retreats conducted at Panari Hotel recently. 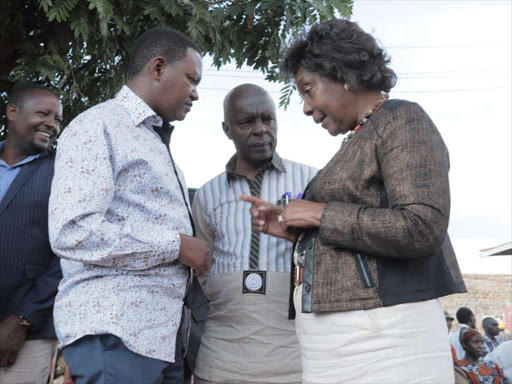 According to one of the ward reps who sought anonymity for fear of being sidelined in the assembly, the exchange has been fueled by the rivalry between Kalonzo Musyoka and Kivutha Kibwana succession politics of 2022.

Analysts say it is purely Kalonzo- Kibwana feud. Nominated MCAs from Wiper and those allied to Kalonzo are getting subjected to discrimination and frustrations. 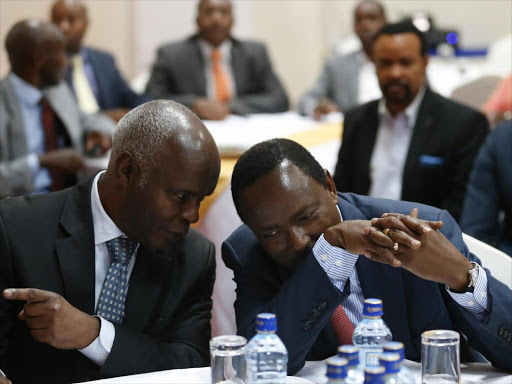 The differences between the two boiled over in November last year when Mr Musyoka’s declared himself as President Uhuru Kenyatta’s ‘errand boy’, sparking outrage from among others, Prof Kibwana.

Although Prof Kibwana, the Makueni governor, reiterates that Ukambani is poised to develop more should its leaders forge a formal working relationship with the national government, he feels that Mr Musyoka is not the right entry point for such a working formula. 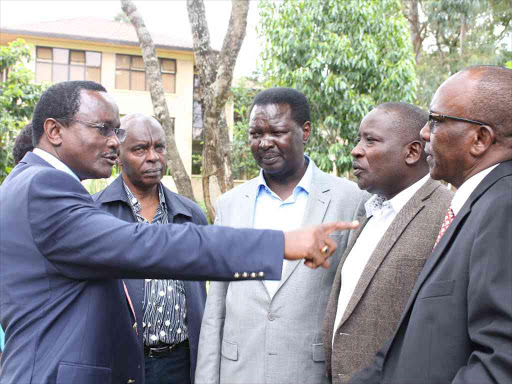 “What some of us have objected to after our National Executive Council approval to work with the government is the fact that Mr Musyoka decided to negotiate while escorted by a few close buddies.

The negotiations ceased to be a structured party to party affair and became personalized. This is why we asked for a broader platform after our entry into the ‘Handshake deal’.”

He added: “This is why this time round we as the three governors of Ukambani — Charity Ngilu (Kitui), Alfred Mutua (Machakos) and Kibwana — wish, if possible, to also discuss development matters with the highest office of the land.

We do not mind seeking development for our people as Mr Musyoka targets his 2022 presidential ambition,” Said Kibwana

Mr Musyoka has however exuded confidence that he is firmly in control of Ukambani, the region he hopes to use as a launch pad for his 2022 State House bid.

The former VP has defended his declaration to work with President Kenyatta, a move that has divided Wiper. Those on Mr Musyoka’s side accuse Prof Kibwana’s camp of washing the community’s dirty linen in public.