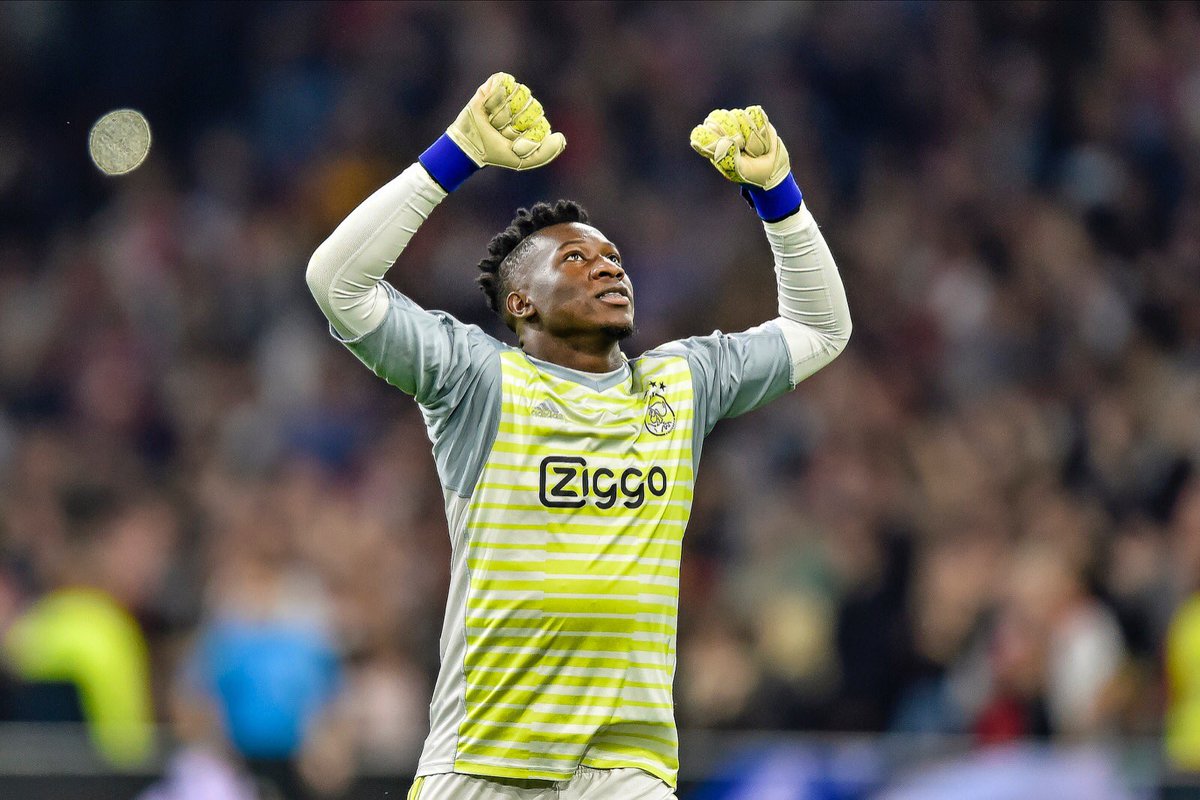 Cameroon international and Ajax toper, Andre Onana who lifted his maiden title with Ajax over the weekend will be the man to watch as the Africa Cup of Nations kicks off in Egypt in a month’s time from now.

The prolific goalkeeper has been an integral part of The Dutch side which saw the best teams of Europe bow out of the UEFA Champions League that is coming to an end on June 1st although they were bundled out by Tottenham on an away goal rule to see the Londoners qualify for the final against Liverpool.

Last kick of the game…
…huge save!

As a goalkeeper, Onana started his career at Barcelona’s youth system from 2010 and was promoted to their Under-19 team in 2015, but he did not play a senior game, for the side until Ajax saw his prowess and bought him later year.

He’s a product of the Samuel Eto’o Academy, received praises from Four-time African Footballer of the Year and ex-Cameroon international, Samuel Eto’o who congratulated his compatriot on Instagram for winning the 2018-19 Dutch Cup with Ajax.

Onana is the kind of a star that has travelled a road where talent like his is nurtured and not baulked at, he has found a way for himself in a white nation and player to get a slot into their net.

The Cameroonian will be the man to watch behind the net when the AFCON kicks off on 21st June in June, where the five-time champions will be facing it off to defend the title after it was stripped off the hosting rights to be handed to Egypt.

The defending Champions locally called Indomitable Lions are grouped to together with Ghana, Guinea Bissau, and Benin and their first match will be against Guinea Bissau.

Onana is a former Cameroon youth international who was named in Cameroon’s squad for a friendly against France in May 2016 and debuted fully for Cameroon in a 2–1 friendly win over Gabon in September 2016 taking over from another international keeper Enyeama. 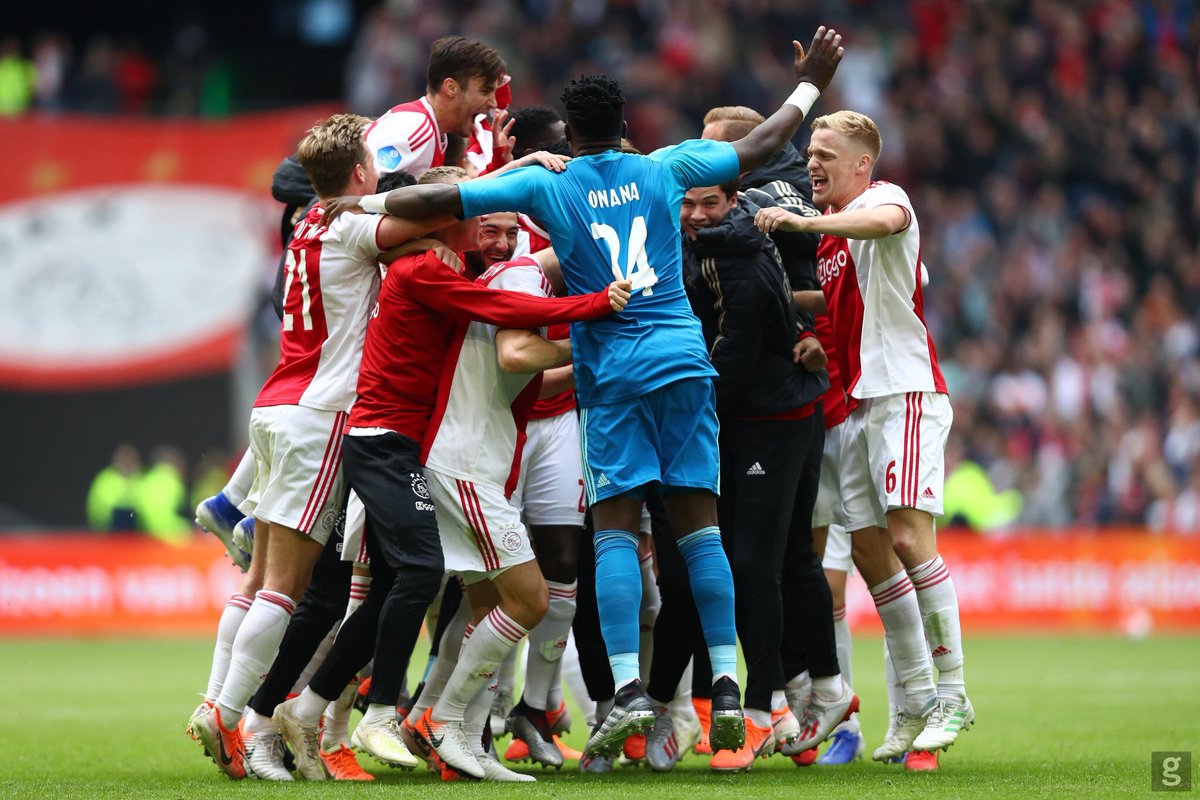 Onana became the first Ajax goalkeeper to save a penalty since Kenneth Vermeer in 2013. The Cameroonian shot-stopper is confident in his abilities which allows him to recover well from making mistakes.

He has kept 20 clean sheets in all competitions, 7 of them have been away from home while at the beginning of the year, he went on a run of 7 games without conceding.