AFC Leopards legend Dan Shikanda who is tipped to vie for the clubs top seat says he knows the problem ailing the side and he believes he will help them side rise.

Gor Mahia beat AFC Leopards 3-1 in an entertaining Mashemeji Derby match played at the Moi International Stadium in Kasarani on Sunday 19th May. 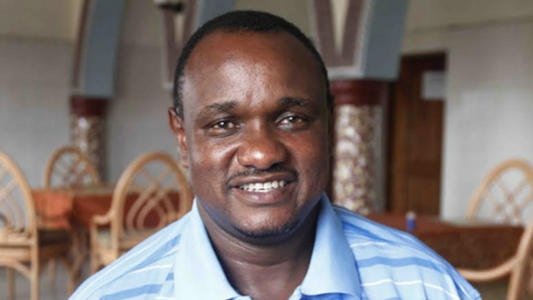 Nicholas Kipkirui opened the scoring in the 24th minute, tapping in after Ezekiel Owade parried Jacques Tuyisenge’s header on his path. Kipkirui doubled the lead at the hours’ mark, slotting past Owade after Kenneth Muguna did well to steal the ball away from Said Tsuma to release a killer pass Kipkirui who did well to score.

Just two minutes later, Jacques Tuyisenge made it 3-0, heading in after Kipkirui’s header hit the past and fell on his path. AFC Leopards pulled one back four minutes to stoppage time, Vincent Oburu doing well to intercept a Joash Onyango back pass to slot past Fredrick Odhiambo.

Shikanda is gutted with how they have dropped in recent past and wants the side back to the track.

Greetings AFC LEOPARDS SC fraternity/ family. I know all of us are disappointed with the results of yesterday’s (19th May 2019) derby which has not only dented our pride but also it’s threatening our legacy as a football community.
I take this opportunity to assure you that all is not lost my brothers and sisters and we thank God after a disastrous start to 2018/2019 season we managed to pull together to the current position as we Build for 2019/2020 season.

As former players we are cognizant of the predicament the club and fans are in and we are not sitting back to complain but we are working tirelessly to be part of the solution that will make AFC be back on its feet and be able to compete both locally and internationally. For any team to win the league title, it needs serious players, serious leadership and serious fans. This is the time to reflect because all of us have a serious role to play for Ingwe to claw back to the top again.
Family’s #TimeToDecide where we want AFC to be next season and in future.
Let’s fix this together.