Kenya Cup champions Kenya Commercial Bank (KCB) have warned their rivals to prepare for bruising battle if they are to win title in the next two seasons.

Speaking a day after guiding the team to a seventh Cup success in Kakamega on Saturday, KCB forwards coach Dennis ‘Iron man Mwanja and skipper Curtis Lilako have said the team’s succes has been born of a five-year plan put in place three seasons. The team is targeting five consecutive league titles.

On Saturday, KCB upheld their unbeaten run against 2015/2016 champions Kabras Sugar, winning 23-15 in an explosive final attended by 8,000 fans at Kakamega Showgrounds. The see-saw duel saw KCB lead 7-5, but fell behind 15-7 before charging to a third successive title.

“We have now won three title in a row, and we looking for two more consecutive titles before we can strategize again on what to do next,” Lilako said on Sunday.

“We just want to celebrate and enjoy this great victory, take stock on where we need to improve before next season.”Mwanja said it is one thing to set targets, but it’s another to achieve them. “The most crucial part is the implementation of the game plan, and we worked hard to do it,” Mwanja said.

“In our pre-season tour of South Africa, we had sessions with South Africa’s Super Rugby team Stormers, which helped us build confidence and skill level.”

“We had a good technical bench, that is why we were able to maintain momentum, to fight back and win even after we had fallen behind. Our lion-hearted players never give up,” said Mwanja.

Mwanja explained that KCB did away with unnecessary offloading and knock-ons in the final, something which would have enabled Kabras Sugar to cut back.

“We had been attacking from the centre but we changed that to go wide and gain valuable ground and yards to overturn Kabras Sugar’s lead,” said Mwanja.

Mwanja noted that such closely-fought matches are won by kicks. He said Kabras were undone by their decision to resort to kicking for touch on several occasions in the final.

“We stood firm and outmuscled them off their lineouts and in mauls,” Mwanja said, adding that Kabras is a good team but the players lack the necessary experience to win crucial points and matches.
Kabras coach Henley du Plessis has said he will recruit quality forwards and a fly half for next season.

But Du Plessis must quickly motivate his players after Kenya Cup disappointment if the team is to win its first Enterprise Cup when they face Impala Saracens in the final on Saturday at RFUEA grounds in Nairobi. Saturday was the first time Kenya Cup final was staged outside Nairobi. 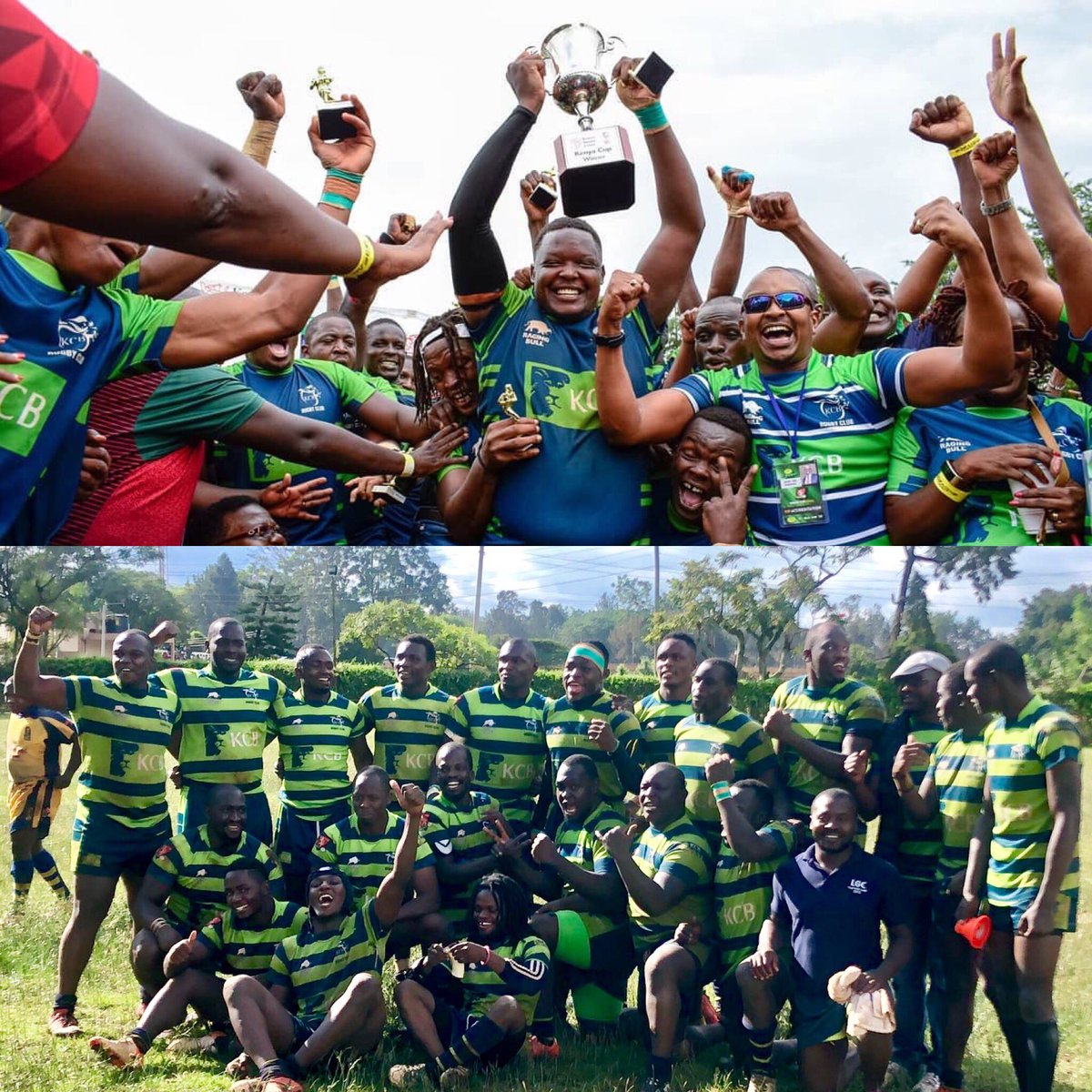 Besides the record turnout, it was also the first time teams got to win cash awards, with KCB going home Sh1 million richer and Kabras pocketing Sh600,000. Third-placed Mwamba got Sh400,000 while Kenya Harlequin got Sh300,000 for winding up fourth.

The Kenya Cup final witnessed the largest turnout ever witnessed in a 15s rugby championship in recent years.

Fans started trooping into Kakamega Showground arena as early as 10 am for the big match.

#3peat. I give it back to God, our families, friends, supporters, sponsor, management, committee, and to this bunch of brothers who step out on to the pitch to play this wonderful game.

A special shout out to my ESS brothers for winning the ESS trophy unbeaten. pic.twitter.com/8YoRY3Fgka

The arena was getting filled up fast by the time the Kenya Rugby Union Championship final between Western Bulls and Kisumu kicked off at 1.30pm. Kisumu won the duel 23-5.

By the time referee Moses Ndung’u blew the first whistle to signal the start of Kenya Cup final , the arena was full to capacity.