If you want to see the true colors of a man, give him money. We once knew of a person called Moha Jichopevu. He was our own DCI, we believed in him more than we even believed in God. Everything he said was truer than the sun rising tomorrow.

But Moha Jichopevu joined Politics and the sun rising tomorrow.

If you want to test a man's character, give him power – Lincoln #MheshimiwaFisi pic.twitter.com/4Qg2VDALp8

Jichopevu is one of the MPs, who are demanding for a 250K Monthly House Allowance. Let us not forget that we gave each o them a 20 million house grant. So they want us to pay for houses they constructed with our money. How Greedy can one get?

MPs are given a mortgage of up to 20 M, which they say should be turned into grants so that they should not be compelled to pay back. These buffoons also enjoy several other benefits common Kenyans only dream about knowing too well that they are far-fetched. #MheshimiwaFisi

Kenyan MPs are some of the highest paid people in the world. They also receive a sitting allowance everytime they sit in Parliament and a mileage allowance when they visit us upcountry. But they believe they are entitled to more money. Mafisi Hao.

Kenyan MPs are paid higher than their counterparts in Britain, Japan and the United States, countries we run to for aid and loans every other day. That is ridiculous!
#MheshimiwaFisi pic.twitter.com/qieCd5EvBw

Do you remember when these hyenas were paid as little as 10k to shoot down the Sugar Report. It just shows that the Parliament is full of very selfish people and we need to act now or they will feast on us.

We cannot pay these MPs more money, electorates are suffering while these Hyenas are asking for a pay rise for parking, house rent etc. Kenyans are for their own, we should scrap some positions to save money and pay Chinese debt. 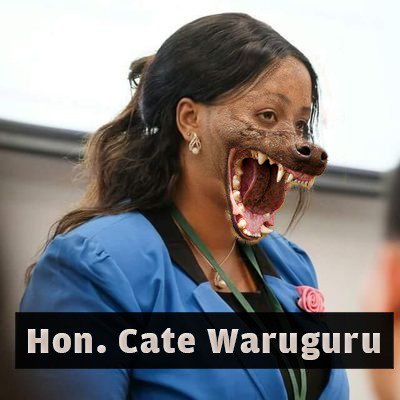 To be generous this Mps are serious threat to our economy. They are milking this country dry. They pretend to mean good, but deep inside their hearts they are evils. #MheshimiwaFisi

This #MheshimiwaFisi is an opportunist holding on to the DP like a tick because he thinks 2022 will be their ticket back to "eat more". How wrong can one be? pic.twitter.com/mb2qhijc5X

They were solely elected to represent the interest of a common mwananchi. They have forgotten they major role in the August House. They no longer exercise they oversight role. They have turned parliament into a greedy place.