The new Salaries and Remuneration Commission (SRC) chairperson Lyn Mengich is proving to be a worthy replacement of her predecessor Sarah Serem.

On Wednesday, Mengich led other commissioners in taking on MPs over their move to pay themselves a house allowance. Ms Mengich said MPs were earning a consolidated pay, which is a sum of all the money they are entitled to. 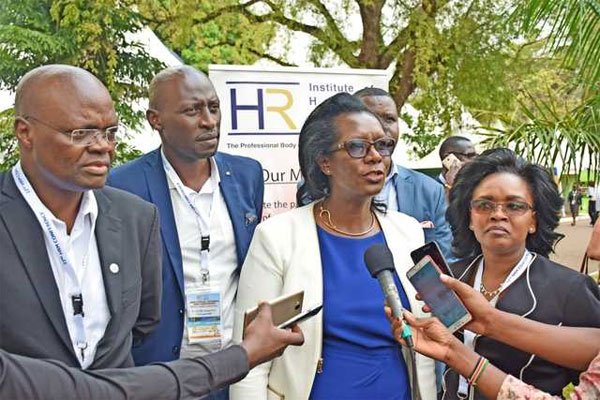 “Payment of house allowance to MPs and senators amounts to double payment,” she said. Her stance in relation to MPs pay has echoes of the former occupant of the seat, Sarah Serem, whose term came to an end and has since been appointed an ambassador.

She said that her commission would go to court to seek orders to recover what MPs have already been paid as house allowance. Ms. Mengich got the job after the initial nominee, Dr Ben Chumo was rejected by parliament.

The Commission’s Chairperson Lyn Mengich said they will take legal action to recover the funds and ensure that no monies are paid… – https://t.co/oHx9RfxEhG pic.twitter.com/475hGlayA7

Dr Chumo, who had retired from Kenya Power where he was the CEO had been taken to court and charged with corruption, causing his rejection by parliament.

The Kenyan taxpayer received a relief on Tuesday after the Salaries and Remuneration Commission (SRC) condemned the move by MPs to award themselves a monthly house allowance of Ksh.250,000.
SRC Chairperson Lyn Mengich, in a … pic.twitter.com/GI4VioQ62g