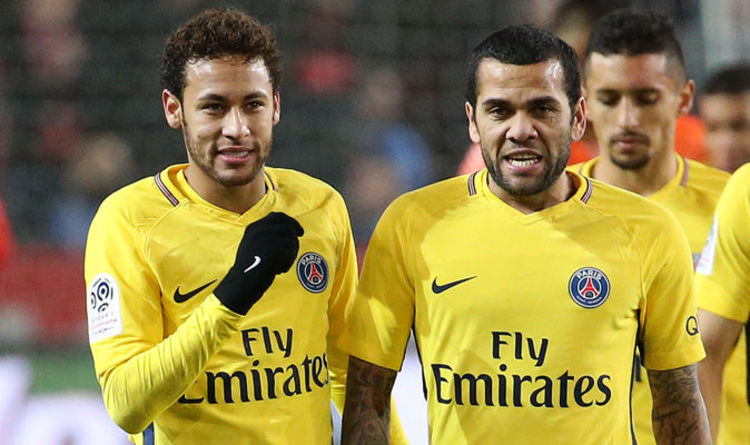 The 36-year-old’s Brazillian talisman’s deal in the French capital expires this summer and he has been offered a one-year extension.

However, media has reported that the right-back wants at least a two-year deal and is hoping that a club from the English top flight will come in with an offer.

Alves attracted the likes of Manchester City, Chelsea and Manchester United before leaving Juventus for PSG in the summer of 2017, but there is no sign of renewed interest from those clubs.

The Brazilian is also understood to be disappointed with a lack of depth in the Ligue 1 champions’ squad that has seen him deployed in several different positions this season.

Alves has scored one goal in 21 league appearances for the French outfit in the 2018/19 campaign, providing seven assists.