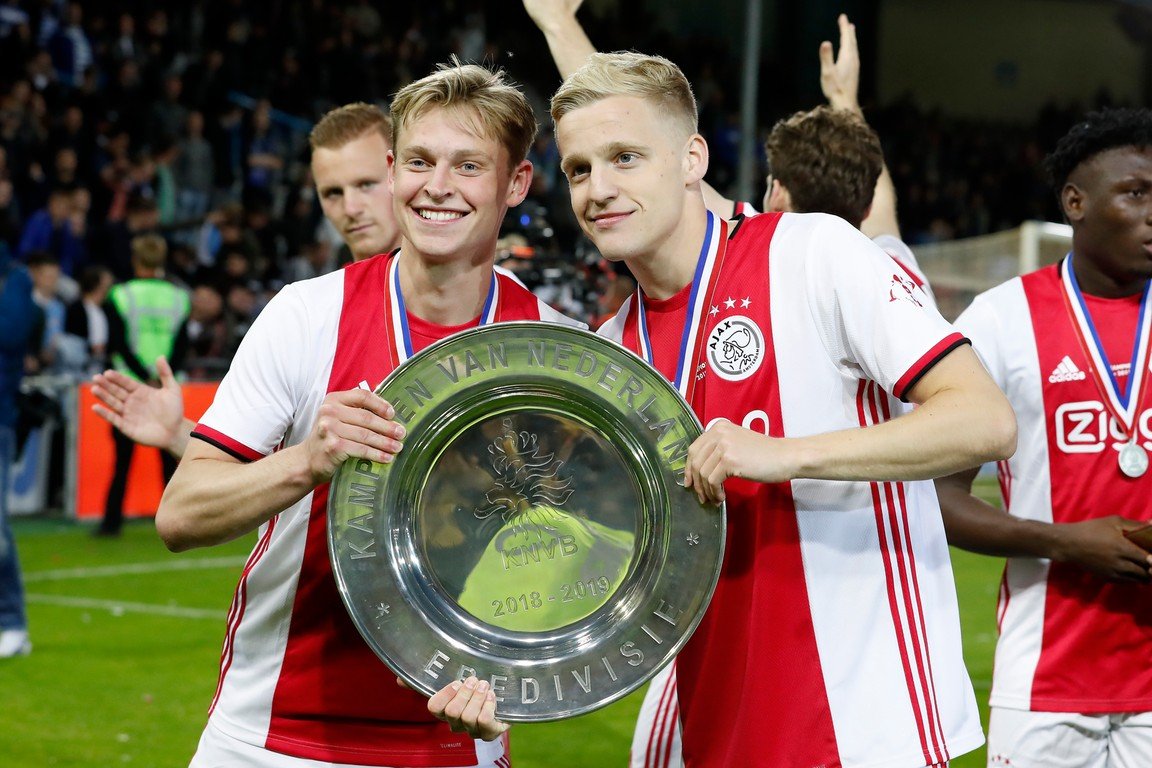 Ajax were crowned Eredivisie champions on Wednesday, an achievement Van de Beek has played a crucial role in with 10 assists and nine goals in 34 league appearances.

The 22-year-old was one of the stars of his club’s stunning run to the Champions League semi-finals and has been linked with the likes of Tottenham and Barcelona.

‘He has gone through a stormy development and for that he must be rewarded. We don’t want to lose Donny,’ Overmars recently told media.

Van de Beek was a crucial part of Ajax’s run to the Champions League semi-finals this season and scored in the first leg of their last-four clash against Mauricio Pochettino’s side.

The ace won the Eredivise title with Ajax on Wednesday night and was asked afterwards where his future could lie.

He said: ‘Let it be clear that I have had a great season and I am very happy to play for Ajax. It will always remain that way.

‘You never know what happens, but I still have a contract. We will see it for the rest. I haven’t discussed it with anyone yet. ‘

During what has been a breakthrough season, Van de Beek has made 57 appearances in all competitions, scoring 17 goals and contributing 13 assists. 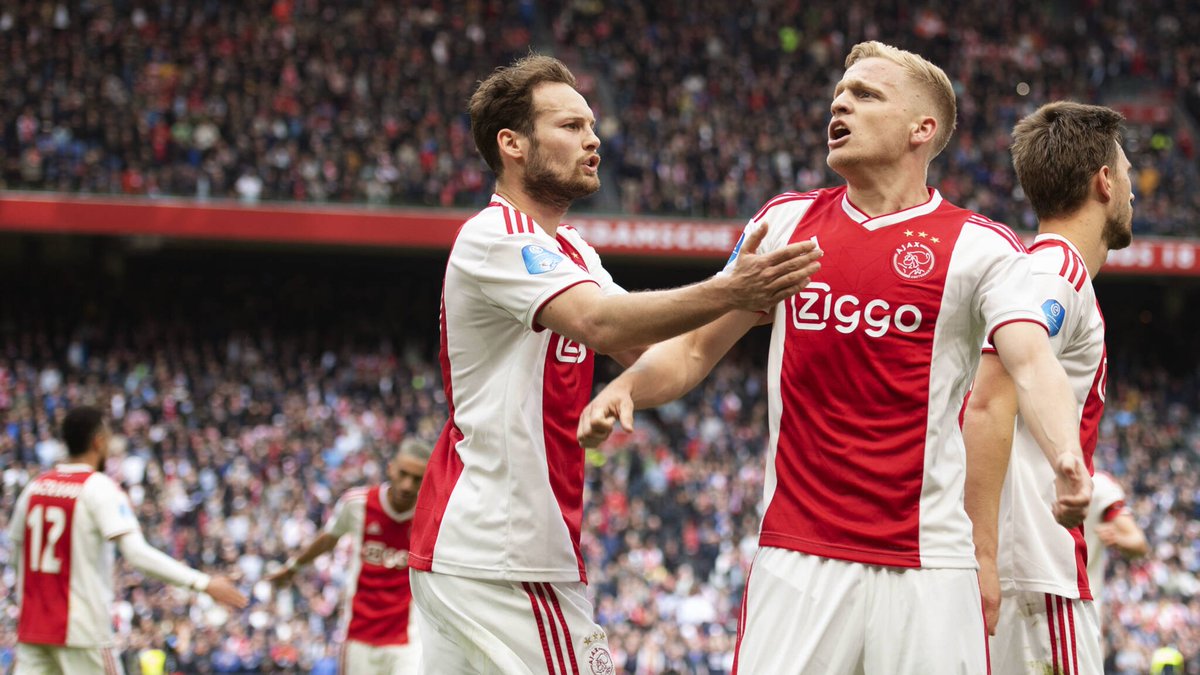 The Netherlands international signed a contract extension to the summer of 2022 in January 2018, but he will be offered a new deal as the club look to retain his services for next season.