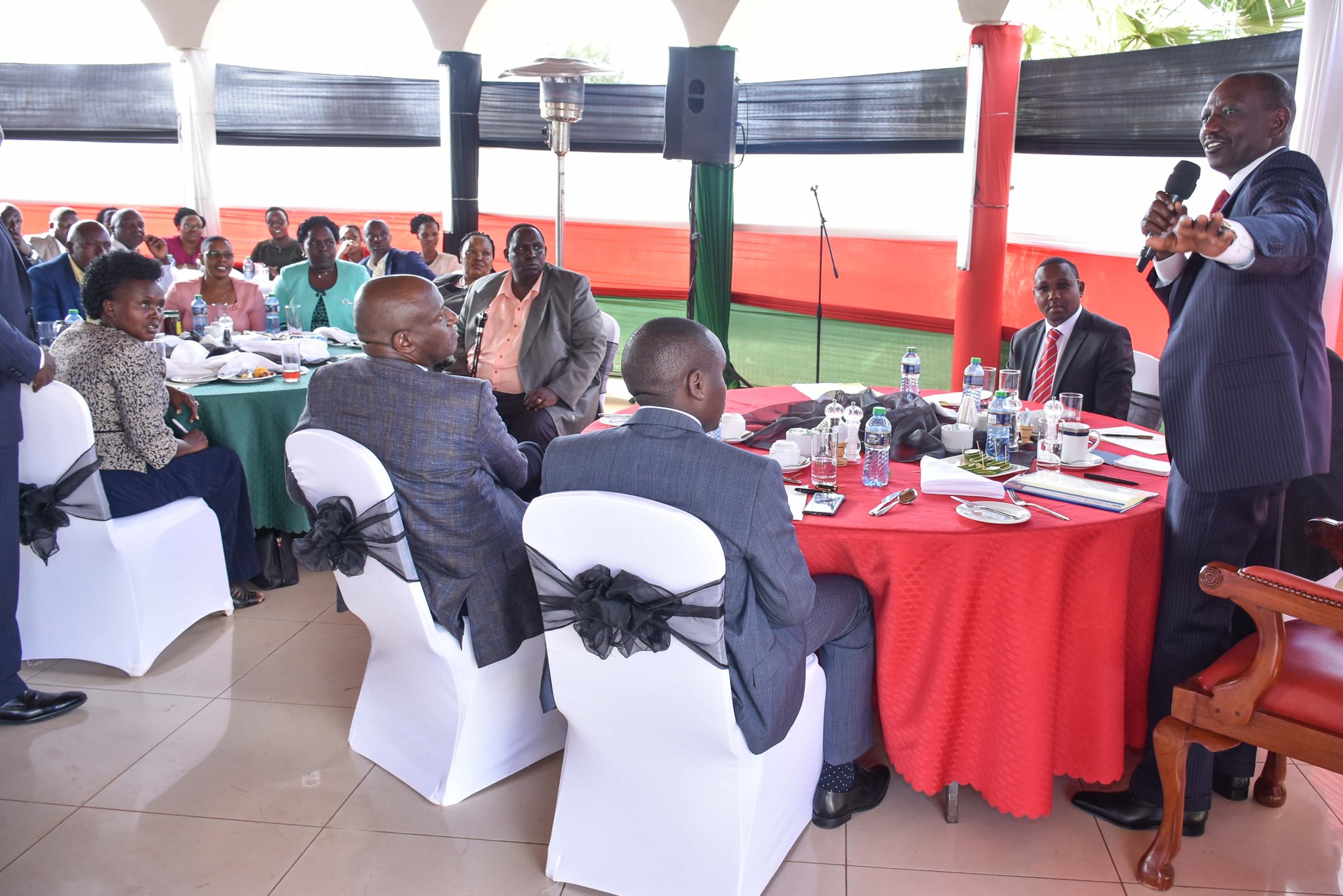 Not a day goes without getting bad news from DP William Ruto’s camp. Reports have emerged that the DP’s aide Farouk Kibet has been soliciting for bribes from Rift Valley Leaders before allowing them to see Ruto.

This was revealed on Sunday by Uasin Gishu Tycoon Zedekiah Bundotich alias Buzeki. 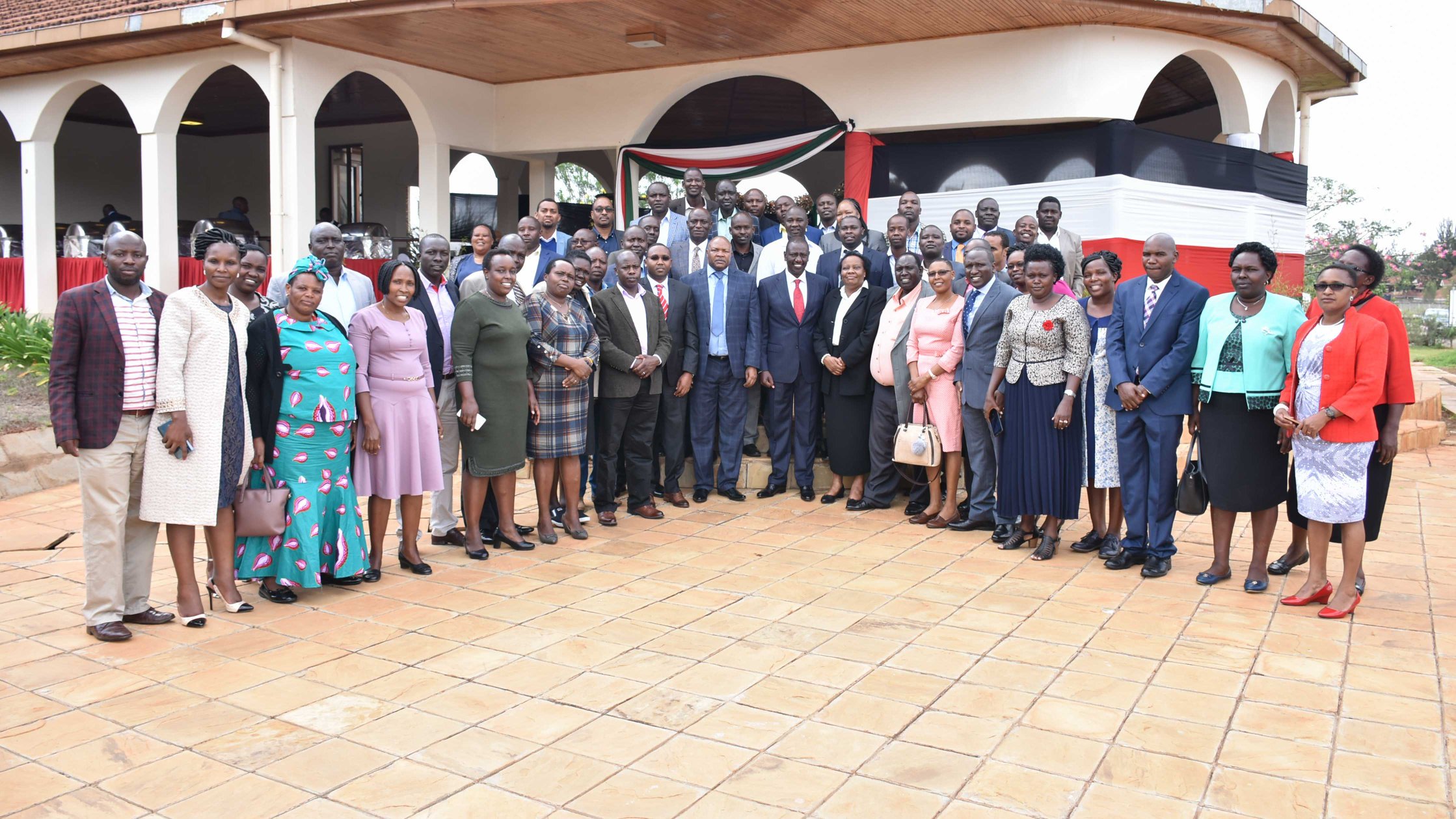 “Farouk is like a tax collector at the DP’s office. Even a woman in distress who happens to visit Ruto’s office is forced to part with some amount so that she can be assisted. The same office has in the past been respected and held in high regard by the Kalenjin community but that has now changed,” Buzeki, who has since ditched to the CCM Party said.

Despite these claims, Ruto hosted Kericho leaders at his Karen Home on Wednesday. The leaders were led by Governor Paul Chepkwony.

According to information shared on social media, the meeting addressed the development needs of counties. Ruto said that leaders must work together irrespective of their political affiliation and involve the public in decision making.

To address the development needs of the counties, leaders must work together irrespective of their political affiliation and involve the public in decision making. pic.twitter.com/s5HFm2ZF3u

“The collective will of the people in identifying, prioritising and furthering key grassroots projects is critical to achieving meaningful and sustainable development.”

The meeting comes at a time when Ruto is facing a backlash in his Rift Valley backyard with several opposing factions emerging to derail his Presidential ambitions. 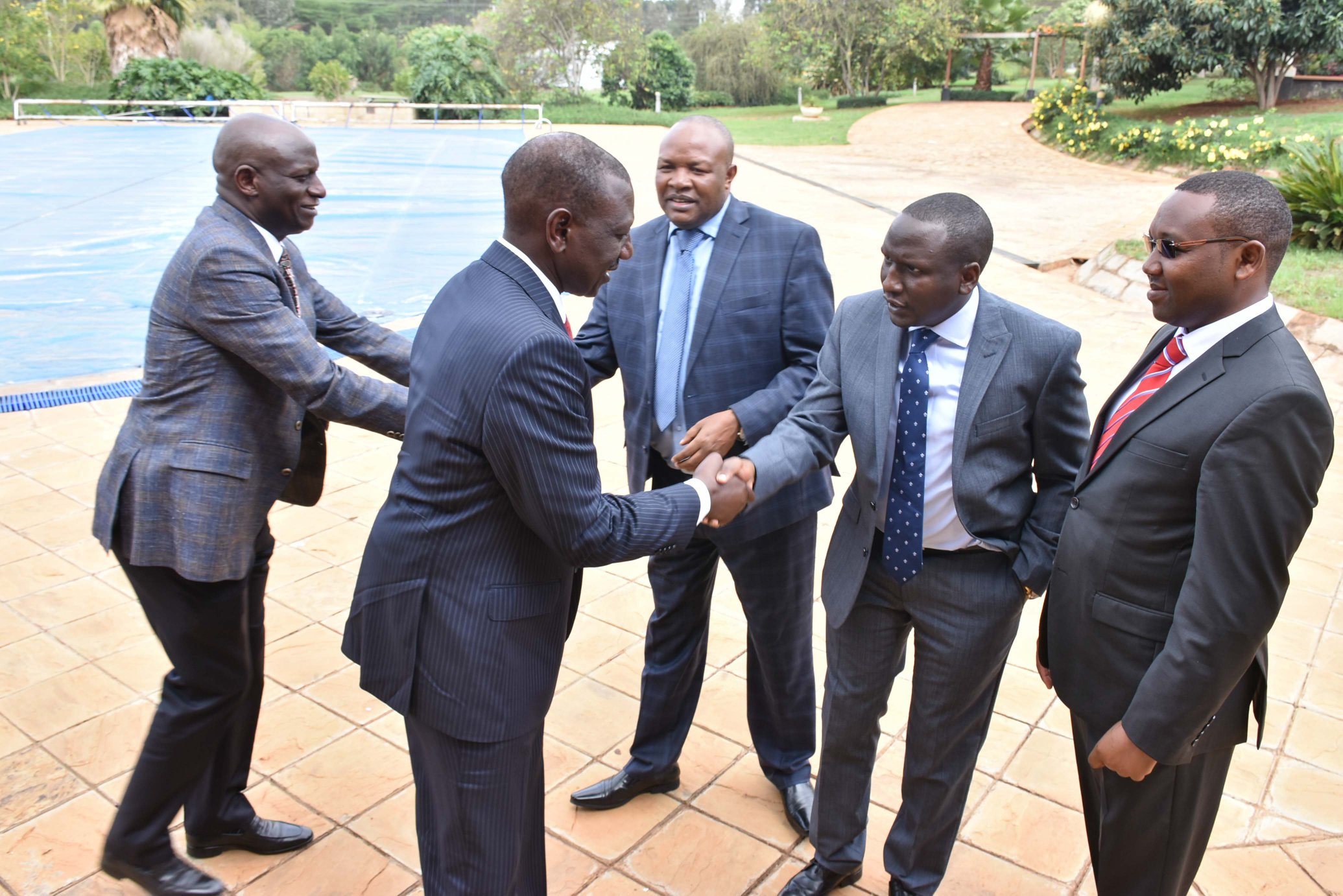 One section is being led by Baringo Senator Gideon Moi, who is also eying the presidency and is favored by Raila Odinga and Mt. Kenya power brokers. 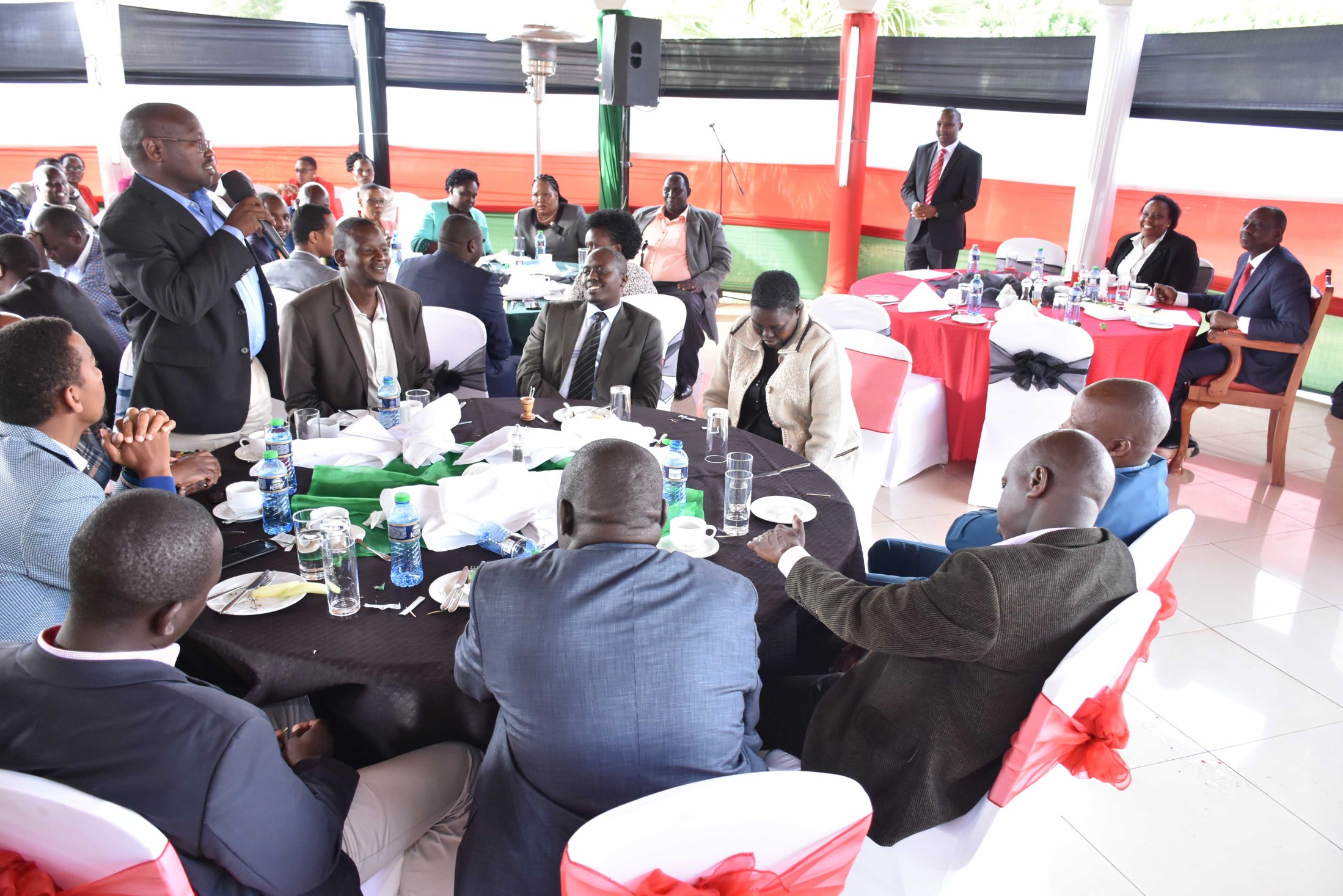 y a Kipsigis county, and by meeting the governor and other leaders, Ruto is trying to send a statement that he is still in control of the Kalenjin Community.

The DP was in Turkana County for over the weekend, where he managed to recruit governor Josphat Nanok from ODM. Nanok is the only ODM governor in the Rift Valley.