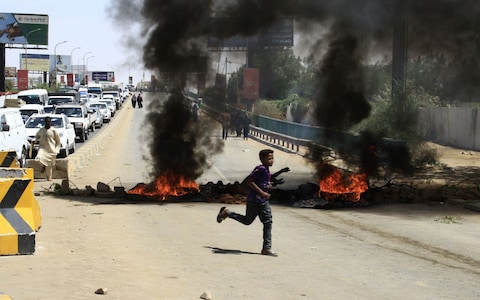 Its been reported that at least five demonstrators and one army major have been killed in Sudan’s capital, Khartoum, hours after protest leaders and the ruling generals reached a deal on transitional authorities to run the country following the overthrow of President Omar al-Bashir last month.

Talks between the military and an opposition alliance over the handing to civilian rule resumed on Monday, with both sides saying they had produced agreement on the duties and authorities of sovereign, executive and legislative bodies.

Taha Osman, a spokesman for the protest movement, confirmed a deal had been reached following a deadlock in negotiations.

“The authorities are as follows  the sovereign council, the cabinet and the legislative body,” he said.

Osman also said that another meeting would be held on Tuesday “to discuss the period of transition and the composition of the authorities”.

The generals insist the transitional period should be two years, while protesters want it to be four years.

Many of them have been calling for the opposition coalition to stop negotiating with the transitional government; they are saying that they are the people of the country and they are the ones who decide who has legitimacy and the right to govern them.

The latest developments came as the prosecutor general’s office said ousted president Omar al-Bashir had been charged over the killings of protesters during anti-regime demonstrations that led to the end of his rule last month.