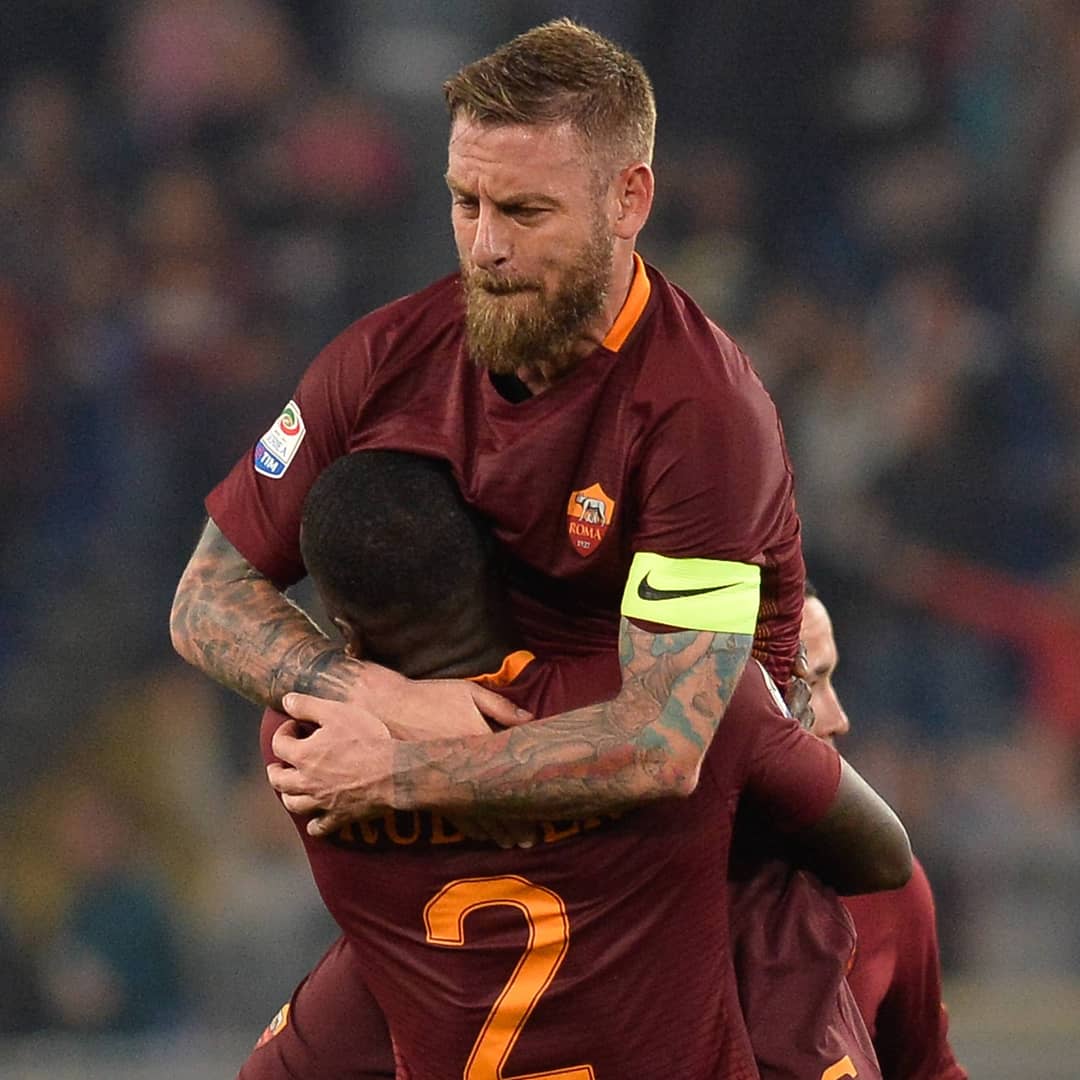 The 35-year-old, midfielder who joined the Serie A giants in 2000 from his hometown club Ostia Mare, has made 615 appearances and scored 63 goals for them.

The Veteran Roma midfielder Daniele de Rossi will, however, leave the Italian side at the end of the season.

AS Roma statement said De Rossi, who won the 2006 World Cup with Italy, would not be retiring but pursuing “a new adventure” elsewhere.

De Rossi’s final game for the club will be against Parma on Sunday, May 26.

“You will always be my brother on the pitch.”
@Totti’s tribute to Daniele De Rossi…
➡️ https://t.co/TJaiUrsklR pic.twitter.com/jNwCPHweYT

“Roma and I chose each other,” he said. “There is a lot of love between us, both now and in the future – even if it will be in another form.”

De Rossi, who rejected the chance to move into a director’s role at Roma as he “still feels like a player”, won the Coppa Italia in 2007 and 2008, as well as Supercoppa in 2007, with the club.

💛 "There is huge love there between myself and Roma and that will continue, in another form." ❤️

🐺 Club legend Daniele De Rossi will put on an @OfficialASRoma shirt for the final time at the end of the month.

He will leave with the second most appearances for the Giallorossi behind Francesco Totti, who retired in 2017 having played 786 times.

“Looking back, some specific moments I would change,” he added. “But overall, I wouldn’t change anything about staying loyal to this team.

Every single #ASRoma player turned up for Daniele De Rossi's farewell press conference – and then gave him a standing ovation ©️🐺😢 pic.twitter.com/VPvJ3PwgaH

“If I had a magic wand, I would have put a few more trophies on the mantelpiece.”

Roma are three points off a top-four spot in Serie A, which would secure Champions League qualification, in Serie A with two games left.

“We will all shed tears when he pulls on the Giallorossi shirt for the last time against Parma but we respect his desire to prolong his playing career – even if, at almost 36, it will be away from Rome,” said Roma president Jim Pallotta.

“On behalf of everyone at Roma, I’d like to thank Daniele for his incredible dedication to this club and ensure him that our doors will remain open for him to return to the club in a new role whenever he wants.”