Eldoret tycoon and politician Bundotich Zedekiah Kiprop alias Buzeki has hit out at Deputy President William Ruto’s aide Farouk Kibet accusing him of tainting the image of the DP’s office.

Buzeki who unsuccessfully vied for the Uasin Gishu gubernatorial seat in 2017, said Farouk, a close aide of the DP had formed a habit of extorting money from everyone who wanted to meet Ruto and branded him a “tax collector”.

Speaking in Ainabkoi, Uasin Gishu on Sunday, May 12, the politician who doubles up as Chemelil Sugar Company chairperson said Ruto needed to do away with Farouk and some close MPs for him to win the top seat in the 2022 polls. 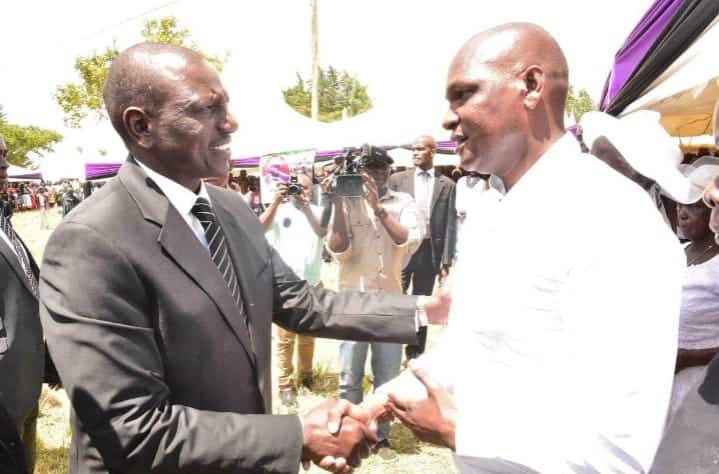 “Farouk is like a tax collector at the DP’s office. Even a woman in distress who happens to visit Ruto’s office is forced to part with some amount so that she can be assisted. The same office has in the past been respected and held in high regard by the Kalenjin community but that has now changed,” he said.

He further noted that the likes of Farouk cannot be in a position to fully campaign for DP in 2022.

“He can never influence the locals to vote for DP. It is also sad that as Kalenjins we currently have no face. When you walk along the streets of Nairobi everyone sees you as a conman because of two or more people damaging our image,” he added. 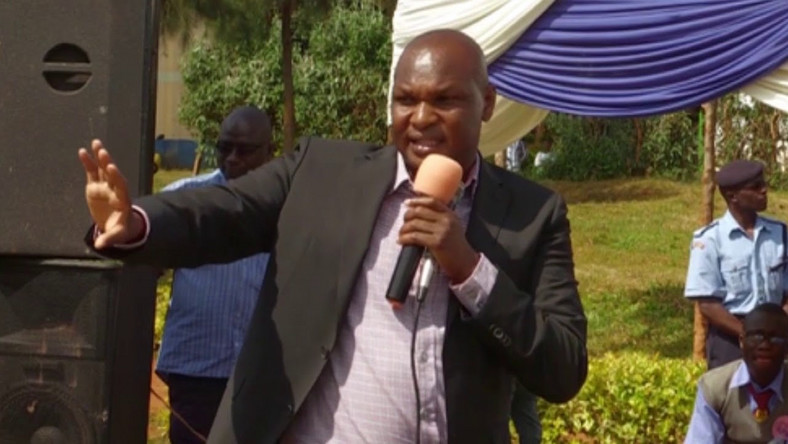 The politician perceived to be Ruto’s ally alleged Farouk and Soy MP Caleb Kositany have been making it difficult for him to join Jubilee party, a political vehicle he was hoping to use in his 2022 gubernatorial seat. The businessman lost Jubilee party nominations to incumbent Governor Jackson Mandago. Buzeki, dissatisfied with the primaries’ results contested for the seat on an independent ticket but still lost to Mandago in the main poll in August 2017.

“Kositany and Farouk have always been saying they don’t want in Jubilee because I am a Keiyo. Don’t they want the community to give DP the votes for his 2022 ambition? They should know that whenever I speak majority of Central Kenya community listen to me. I am able to gather two million votes,” he claimed.

The heating rivalry between the three has seen Buzeki cross over to ex-Bomet Governor Isaac Ruto’s Chama Cha Mashinani party, promising the commencement of a liberation journey.

“This time we shall not entertain people who are always poking our eyes. Enough is enough, we shall tell them to their faces. In our party we shall involve you in every step of our engagements,” he concluded.

He is popularly known among his peers and in political circles as Farouk but the man has established himself as Ruto’s confidant to an extent that even politicians who claim to be strongest supporters of Kenya’s second most powerful leader fear him. “There is usually delicious food in the office of the DP at 1.30pm but there is only one person who can stop you from tasting meal. That person is Farouk Kibet,” National Assembly Majority Leader Aden Duale said in November 2018.