“Hon Raila Odinga was not heckled in Muhoroni,” Otiende Amollo has come out boldly to defend Raila Odinga and elaborate what happened.

According to Otiende Amollo , a section of the crowd which he said was a total of seven boys tried to heckle Hon Raila Odinga but the residents roughed them up and evicted them.

But the boys who tried to heckle Hon Raila Odinga did not have an issue with him but the county government. The section wants historical compensation of a land which is 500 acres on which the special Industrial zone is to be built. 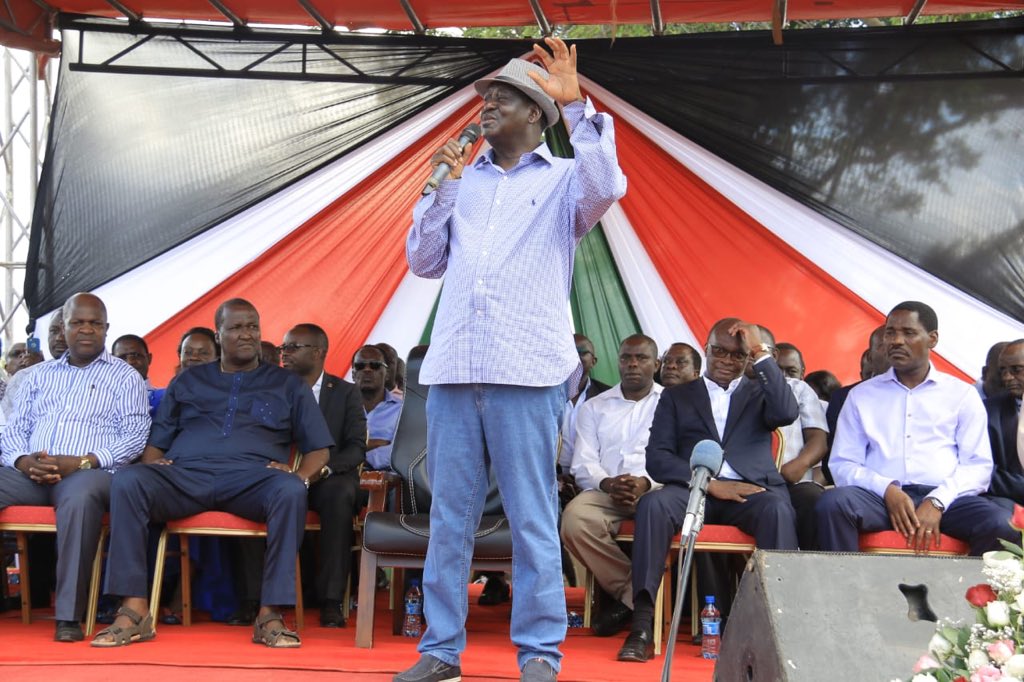 The opposing section claim that the land is historically their ancestral land which was acquired by Ahero County Council.

Was Raila heckled in Muhoroni?