An Assistant chief has been accused of being rude and closing the Huduma Namba centre earlier than the required time.

In a shocking video that was shared on social media, the Assistant chief of California sub-location in Eastleigh was recorded hurling insults to members of the public who had thronged the centre to acquire the most important document–Huduma Namba.

The unidentified officer is said to have closed the centre at 4.30PM instead of the official closing time– 6.00PM.

(Go report to the president if you wish, You will take me nowhere!)

Kenyans have flooded the registration centres in the last week of registration. Interior CS Dr Fred Matiang’i said that the mass registration will not be extended beyond 18th of May.

And it seems Kenyans do not want to be left out of the controversial NIIM system as they flocked the centres on Tuesday morning. 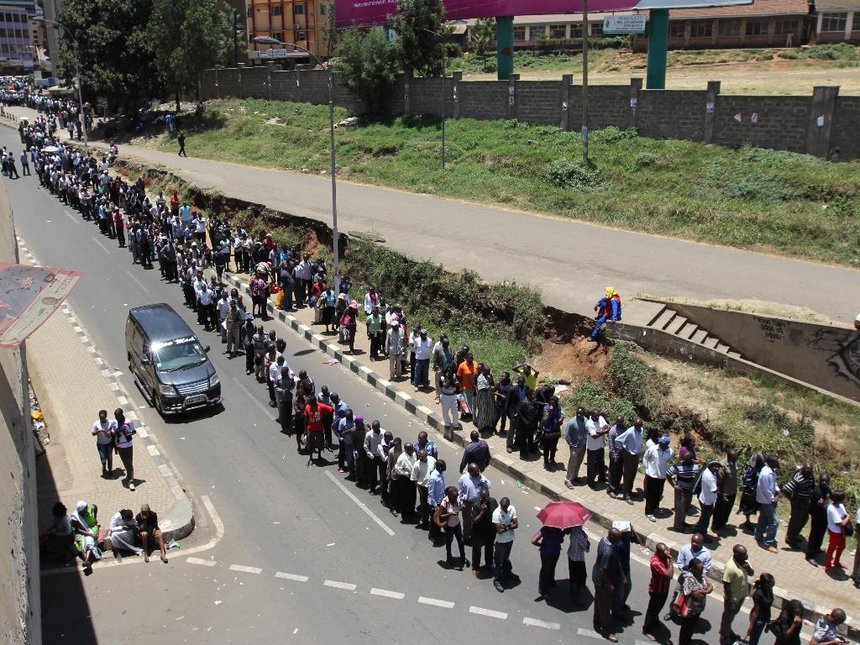