Getting circumcised may very well be the opposite of fun especially when you’re an adult with a full-grown D but apparently, some women prefer their men to be snipped (and are pretty damn insistent about it). A man asked his friends whether he should undergo the op in order to satisfy his wife, who he says currently calls his uncircumcised dong an “anteater benis.” She has also apparently refused to perform oral sex until he gets it taken care of.

Now, if your spouse is basically holding your marriage hostage to make you get unnecessary cosmetic surgery on your genitals, it’s fair to say there may be some other underlying problems in the relationship. 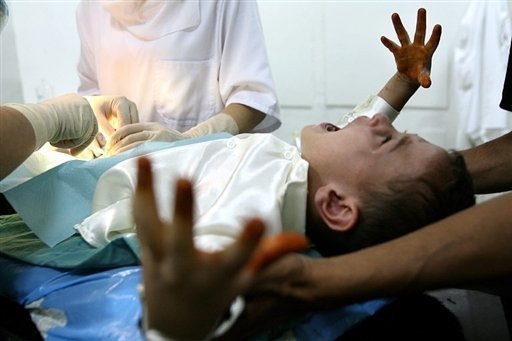 A study actually says that circumcision removes 20,000 nerve endings from the penis. It’s widely reported that uncircumcised men have more sensitivity. You should be upset and confused and probably not want your boy child to get circumcised.