A topsy-turvy season for United ends on Sunday with a home clash against relegated Cardiff – but Solskjaer showed sentiment as the departing Ander Herrera was denied the chance of a farewell appearance. 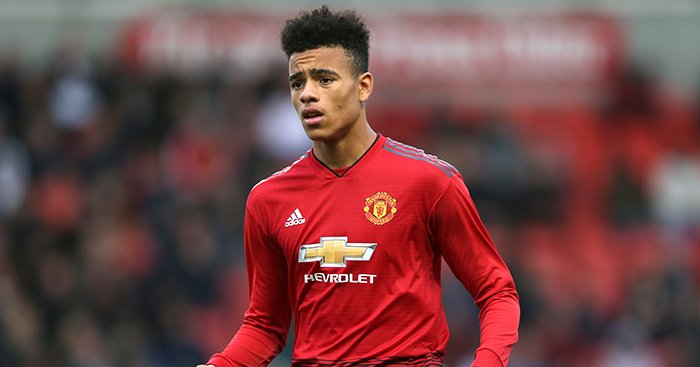 The Spaniard confirmed his exit on Saturday – a move to PSG looks to be on the cards – and he wasn’t the only big name excluded as Alexis Sanchez, Romelu Lukaku, Victor Lindelof and player of the year Luke Shaw was also left out.

But it was the selection of Greenwood which caused the biggest talking point.

The 17-year-old has scored 31 goals for their Under-18s and Under-23s sides this season, and speaking to MUTV before kick-off, Solskjaer explained why they selected the teenager.

“I think so we have been waiting to play Mason,” he said. “He’s been training with us now for the last three or four months, he has been really good.

“I don’t think he will be fazed, he is not that type of player.”