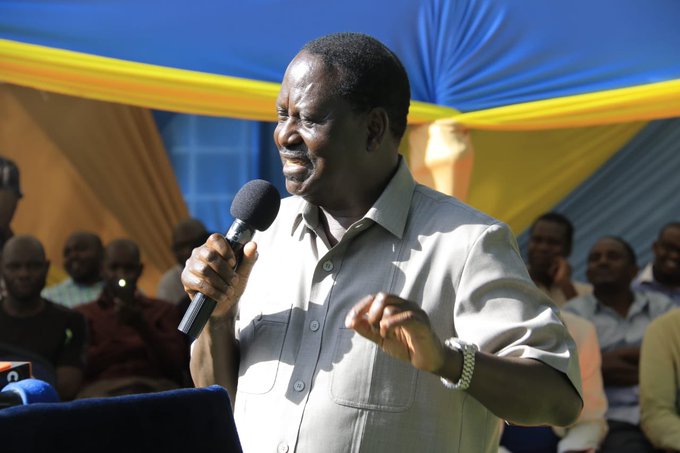 Opposition Chief Raila Odinga on Saturday welcomed a delegation of 150 people from Nakuru at Kang’o ka Jaramogi before hosting them at his Opoda home. The delegation was led by former Molo MP Njenga Mungai.

Raila and the Delegation had a discussion on a range of issues including National Unity, Reconciliation and the ongoing war on corruption.

Mama @IdaOdinga and I are pleased to have hosted a delegation of elders and leaders from Nakuru County at our home in Bondo. We had a discussion on a range of issues including National Unity and Reconciliation and the ongoing war on corruption. pic.twitter.com/YtVPya3Asw 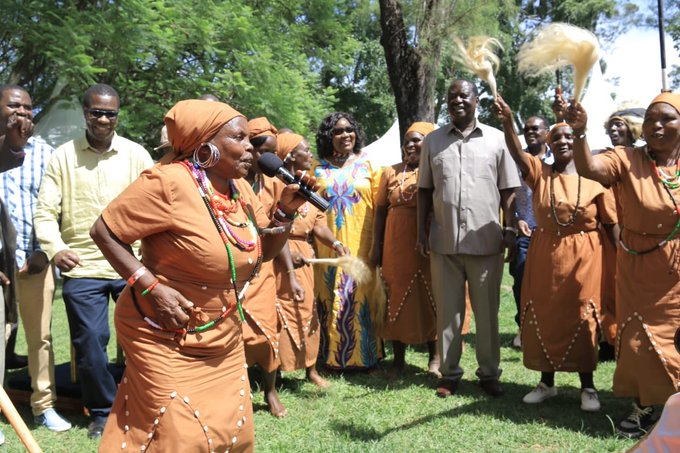 According to Njenga Mungai, the tour was well in line with the ongoing process on National Reconciliation and the Building Bridges Initiative.

He remembered how Raila Odinga shelved his personal interests for the sake of Kenyans when things were so bad back in 2007 during the Post-election violence. 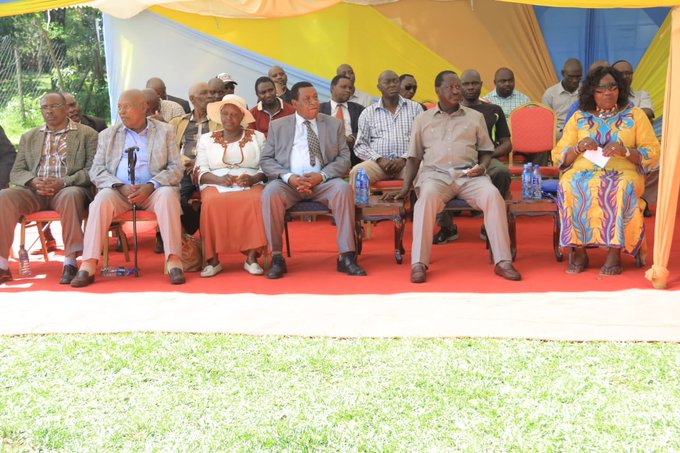 “In 2007 when things went south Raila called for calm and there were negotiations just like he has done with president Uhuru, Raila we recognise your work and these people from Nakuru will not close their eyes on your commitment, we will follow you on your way to crossing River Jordan,” said Mungai.

“For those who don’t know the Jordan we are talking about is the ethnic divisions and the war against graft, if we can cross that river then we shall have reached Jordan,” he added.