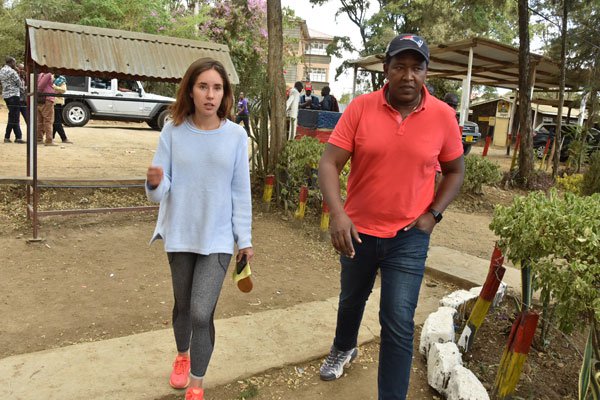 A tourist to be arraigned in court on Monday after a fight with a businessman in Narok.

Narok OCPD, Joseph Kosombe, stated that Amando Kurti, a United States citizen will be arraigned for assaulting and resisting arrest.

His wife, Danielle Olivier, who hails from New Zealand, accused the police of taking sides claiming that the businessman, known as Muneer Ishmael is the one who started the fight.

Olivier stated that Muneer, a petrol Station owner manhandled her as she was withdrawing money from the Automated Teller Machine.

“We were on our way to Nairobi from Maasai Mara Game Reserve when we stopped to fuel our car and fix some mechanical problems,” stated Oliver.

When Olivier told her partner, he got out of the vehicle and sought to know why Muneer attacked his wife, that is when the fight ensued.

Joseph Kosombe added that the two tourists fled towards Mai Mahiu after assaulting the petrol station owner but were seized at a roadblock in Ntulele trading centre.

On his part, Ledama Ole Kina accused the police of taking sides.