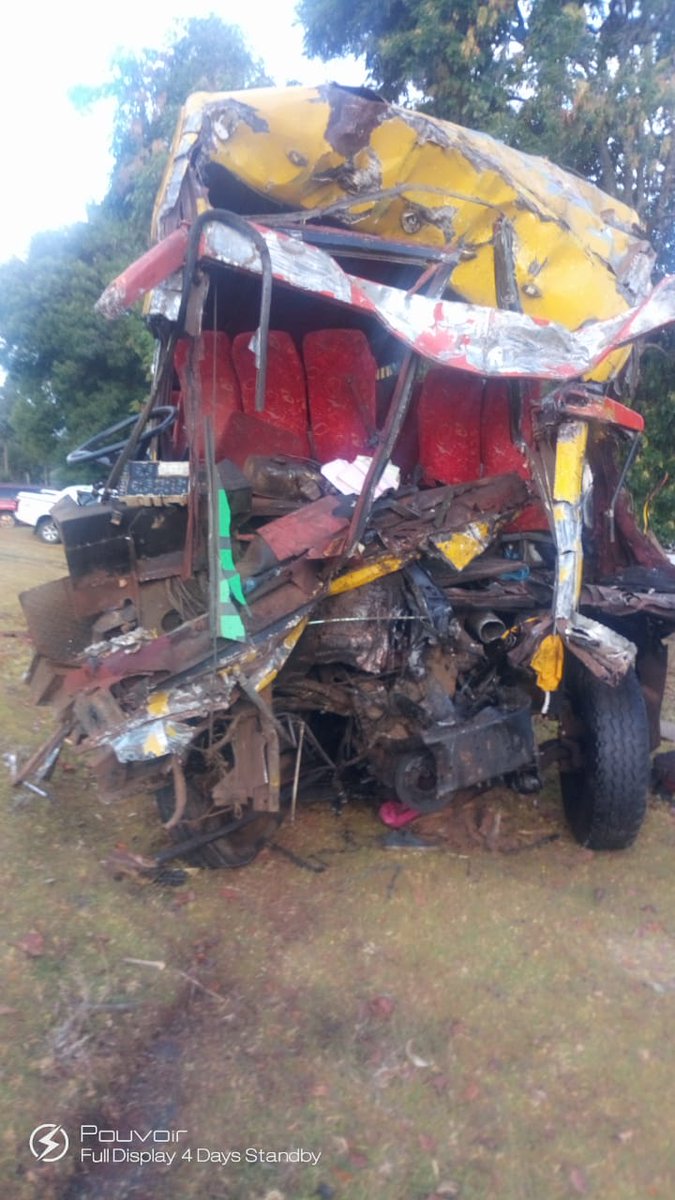 Ten people have lost their lives and several others left seriously injured after a lorry collided head on with a bus at Kamara area on the Nakuru-Eldoret highway, police say.

Seven people, among them the driver of the trailer, died on the spot while three others succumbed to injuries during treatment.

The death toll at Karama accident along Nakuru – Eldoret has risen to nine after two more people succumbed to injuries in a road accident involving a trailer and a Bus. 74 others are admitted at Molo and Koibatek sub county in Nakuru and Baringo counties respectively. pic.twitter.com/s5m51DUMeF

According to Mr. Korir, the 1a.m accident occurred when the bus, christened ‘Greenline,’ attempted to overtake another vehicle at a sharp bend.