Crystal Palace winger Wilfred Zaha has lost his appeal to have his ban reduce the English FA cup has confirmed.  Zaha appealed against an additional one-game ban after he was sent off for sarcastically applauding referee Andre Marriner in last month’s 1-1 Premier League draw at Southampton. The forward was able to play for the Eagles in their draw against West Ham last time out, a game in which he scored, while he awaited a decision. But it was confirmed on Friday the appeal has been dismissed and Zaha will miss Sunday’s fifth-round tie against League One Doncaster as a result. “The forward accepted a charge of improper conduct, which followed his behaviour after a second-half dismissal during the Premier League game against Southampton on 30 January 2019, but subsequently appealed against a one-match suspension and £10,000 fine,” said an FA statement. 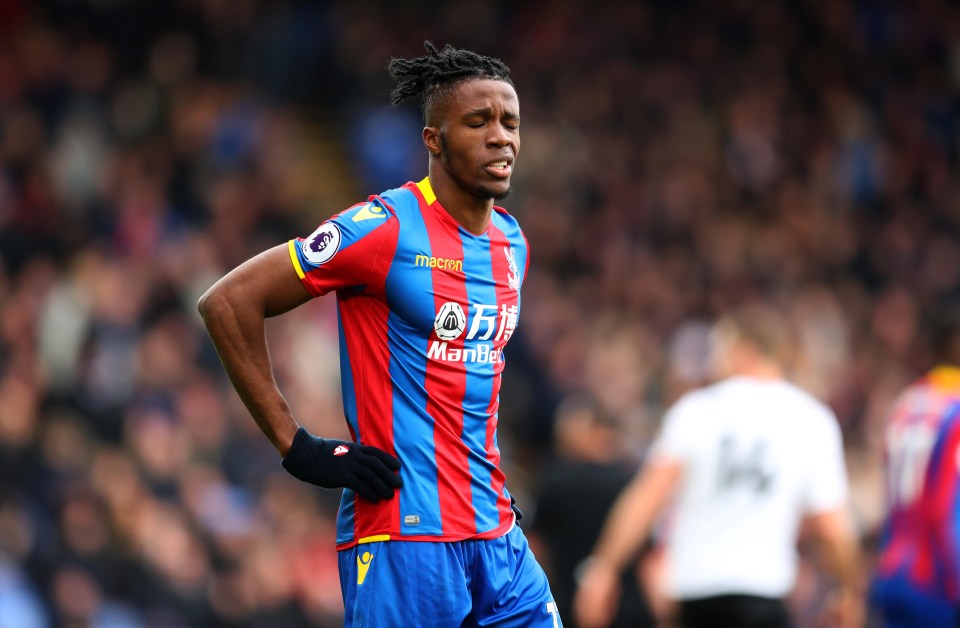 “The appeal was dismissed by an Independent Regulatory Commission.” Palace boss Roy Hodgson had hoped to have Zaha available, telling a pre-match news conference he was waiting on the appeal’s verdict. “That’s still an ongoing situation,” said Hodgson. “I haven’t had any feedback yet from the appeal that is being considered, so I don’t know if he is available. “He is one of the players I think we could and will need in this game, but I have to wait for the result of the appeal. The original decision was that he would be banned and we felt that was harsh.” With Zaha absent, Hodgson could hand Michy Batshuayi his first start for the club after two appearances off the bench in the Premier League. The Belgium international, who spent the first half of the campaign in La Liga with Valencia, arrived at Selhurst Park on transfer deadline day, completing a loan move from Chelsea to the end of the season.

“Absolutely,” the Palace boss said when asked if Batshuayi could start. “Up front we have some options there and it could be tempting to make some changes. But I don’t intend to make wholesale changes. “We made a lot of changes in the previous game, but unless changes are forced upon me, I don’t intend to make that many. “He has settled in well and he is a lively character. He is pleased to be back in London and he knows some of the other players. “They have made him feel welcome and in training and in the matches so far, he has been everything we hoped he would be.”