Manchester United manager Ole Gunnar Solskjaer has admitted his side were given a reality check after their 2-0 Champions League defeat at the hands of Paris Saint-Germain at Old Trafford.

Paul Pogba’s late red card completed a miserable evening for United, as Solskjaer lost his first game since taking over as interim United manager in December.

While insisting his side had hopes of turning the tie around in the second leg in Paris, Solskjaer accepted his side were well beaten on home soil.

“Today is a reality check for us,” admitted Solskjaer. “They had the momentum after the first goal and controlled the game.

“You could see that we hadn’t played at this level for a while and we will have to learn from this. It was an experience that can go either way, it’s not going to be a season-defining one, it’s one we have to learn from. 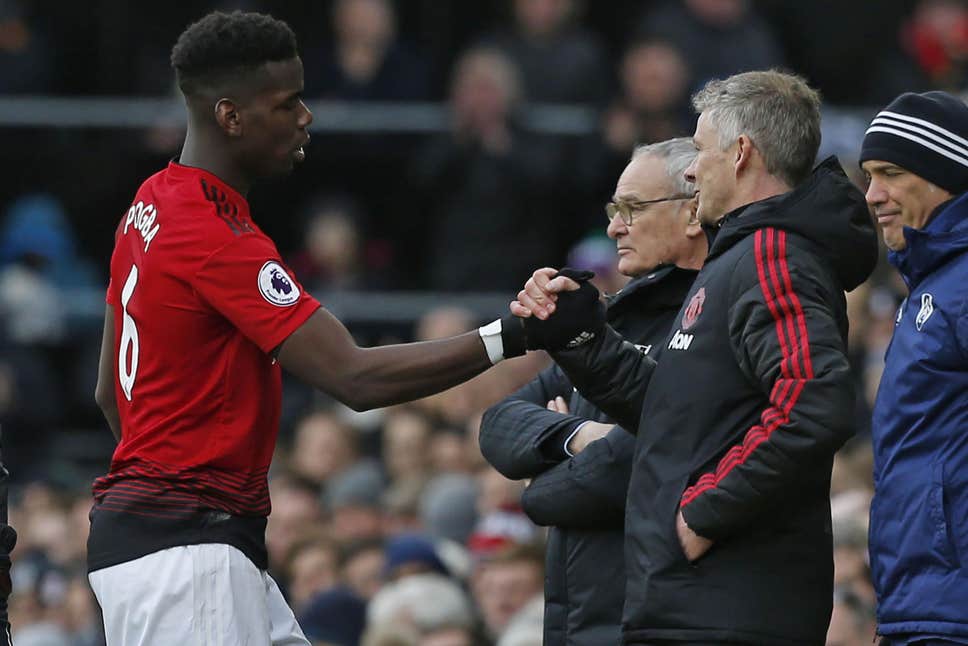 “First half there was nothing in it, but once they scored, they had the experience to play it out. We have not played games at this level for a while and that was clear to see.”

The interim manager also refused to concede that the tie is over despite the 2-0 defeat.

“Mountains are there to be climbed,” he said.

“Just because you are down, you can’t say it is over. We have to go down there and play a good game. It was a reality check from the top teams.”

Solskjaer refused to use injuries suffered by Anthony Martial and Jesse Lingard as excuses for United’s defeat, as he defended Pogba following his red card.

“You can’t say that’s a reason, we had quality players to come on but Lingard and Martial give us something and let’s hope they are not too serious,” he added. “They are muscle injuries, we have to wait a couple of days.

“On Paul Pogba, he was unfortunate. He is trying to get his body across and Dani Alves is clever enough to put his foot in there. Paul wants to shield the ball, he’s unlucky.”

Manchester United midfielder Ander Herrera told BT Sport that United remain optimistic ahead of the second leg, as he insisted PSG’s opening goal altered the course of the game.

Paul Pogba has been sent off for a second bookable offence. #MUFC #UCL

“The game was tight until the corner. After the first goal everything changed,” said the Spanish midfielder. “The game was under control. The game could have finished 0-0 if they didn’t score from the corner. They then played counter-attack because they have very quick players.

“I think we lost some pace when Antony Martial and Jesse Lingard went off injured in the first half but won some combination with Alexis Sanchez and Juan Mata. We were pressing OK and they were not feeling good with the ball.

“We are all optimistic and positive – we are building something good. Today is going to be a tough night and tomorrow is going to be tough day. We are going to fight for the top four and the FA Cup.”