Barcelona have no imminent plans to offer Ivan Rakitic a new contract, despite the Croatian midfielder insisting that he wants to extend his stay at the Nou Camp.​ Rakitic turned down the chance to join Paris Saint-Germain last summer as he stated his desire to stay at Barcelona, despite being told at the time that a contract extension was not on the agenda. 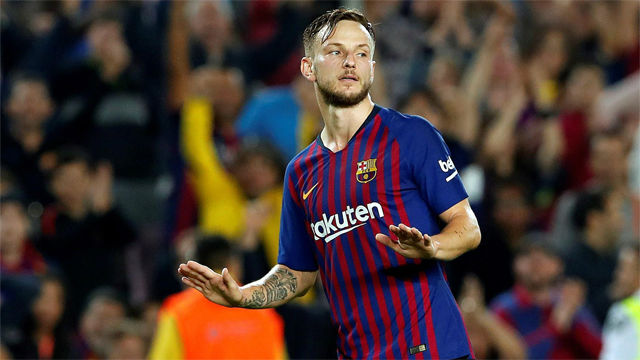 ​Rakitic insists that he is happy with his current situation at ​Barcelona, but is growing impatient with club president Josep Maria Bartomeu’s reluctance to open contract negotiations. “I’m more than happy here and my intention is to be here longer,” he said at the end of January. “I gave the president a little nudge to see if he would wake up with my renewal.” Sport reports that Bartomeu has not altered his stance on Rakitic, and the Croatian may be forced to consider his future in the summer as he enters the final two years of his contract. ​Inter is the latest club to be linked with a move for Rakitic, having also taken an interest in his international teammate Luka Modric last summer. Rakitic has played every La Liga and Champions League match for which he has been available this season, as part of a so-called ‘PSG Pact’ made with Ernesto Valverde last summer.The agreement, which was made to prevent Rakitic joining the French champions, ensures that he has a guaranteed spot in Valverde’s team, regardless of form.

Valverde may not be able to make any such guarantees next season though, with the arrival of Frenkie de Jong adding new competition to the Barcelona midfield.