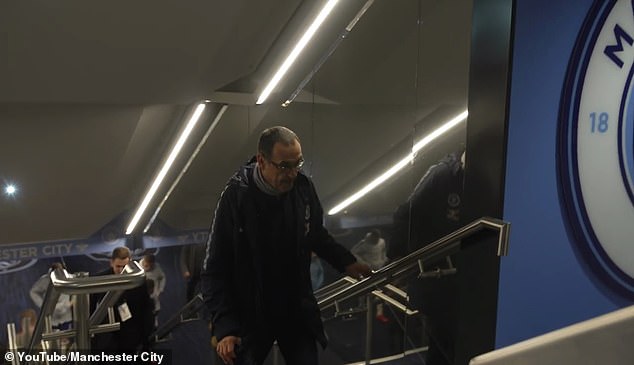 How do you deal with a 6-0 thrashing at the hands of another top six side?

If you are a Chelsea player, it is by speaking to old friends, swapping shirts and trying to make the best of a bad situation.

Manchester City overwhelmed Chelsea on Sunday afternoon, going four goals ahead during a blistering first-half before striking two more times after the break to take the three points. 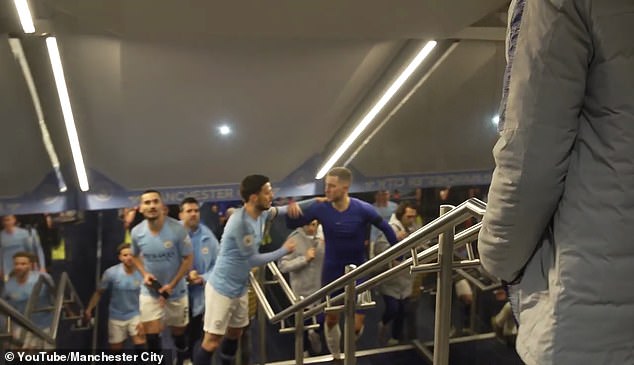 It must not have been enjoyable to be someone associated with Chelsea leaving the pitch and heading up the tunnel at the Etihad Stadium.

A disheartened Maurizio Sarri was the first up the tunnel after not going through the traditional post-match handshake with Pep Guardiola.

But Eden Hazard could be seen immediately shaking hands with David Silva as they walked into the tunnel.

Olivier Giroud, who did not make it onto the pitch during the Premier League clash, stood at the top of a staircase greeting a number of City players. 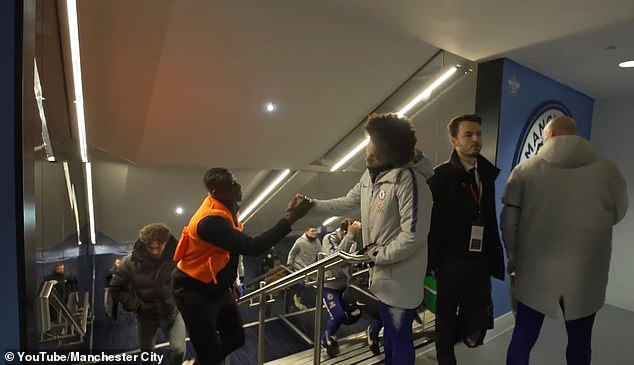 N’Golo Kante, Pedro, Willian and Hazard then waited outside of their dressing room so they could swap shirts with Ilkay Gundogan, Riyad Mahrez and Fernandinho.

Fernandinho also hugged his compatriot Willian before they went their separate ways. 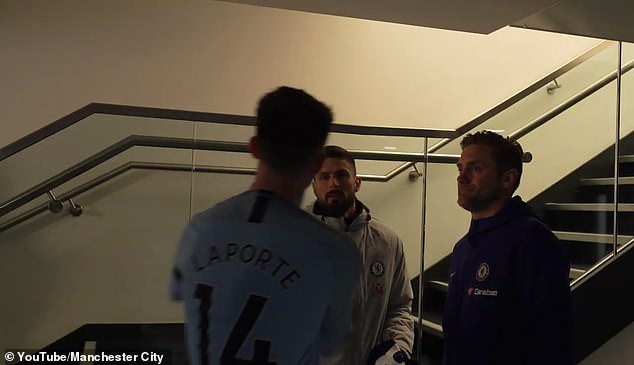 Giroud could also be seen flapping his shirt at Mahrez to get his attention before he walked off.

Kevin de Bruyne was then stopped by Giroud, who asked for his shirt before letting him head to the dressing room.

Sergio Aguero and Raheem Sterling were also seen smiling away after their post-match media duties as they walked past Silva and Pedro, who were deep in conversation. 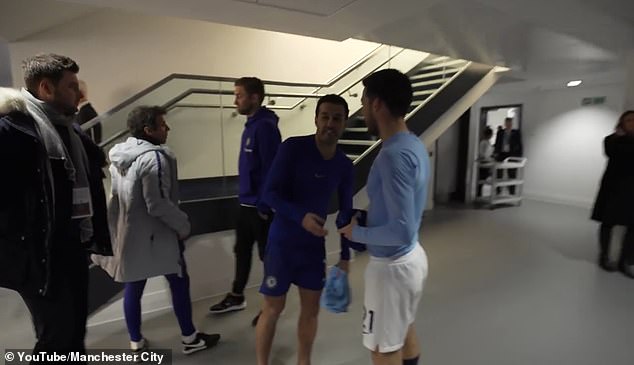