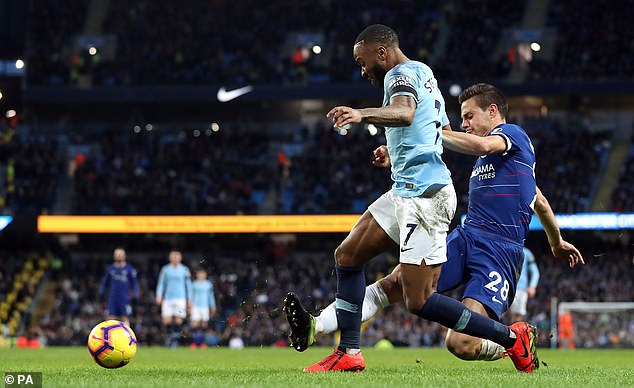 The Londoners crashed to their heaviest defeat since 1991 as the Premier League champions ran riot at the Etihad Stadium on Sunday.

The loss saw Chelsea slip below Arsenal to sixth in the table on goals scored and raised further questions over the future of manager Maurizio Sarri.

Defender Azpilicueta, who was given a torrid time by two-goal City winger Raheem Sterling, said on the club’s website, www.chelseafc.com: ‘It’s difficult to find the words to describe my feeling after the game. 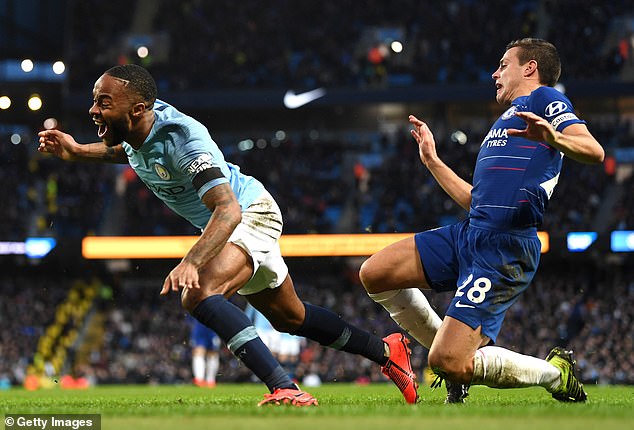 ‘It is one of the worst nights in my career. It’s very frustrating, it’s very disappointing.

‘When you lose 6-0 everyone has to accept they didn’t play well. The only thing I can say to the fans is sorry, because it’s not acceptable, and I feel sorry for all of them.’

It was the Blues’ third defeat in four Premier League games, coming after a 2-0 loss at Arsenal and a 4-0 thrashing by Bournemouth. The only relief during that period was a 5-0 victory over bottom side Huddersfield.

They were in trouble after just four minutes on Sunday as Sterling opened the scoring. Sergio Aguero then helped himself to a hat-trick and Ilkay Gundogan also got on the scoresheet before Sterling completed the rout with his second. 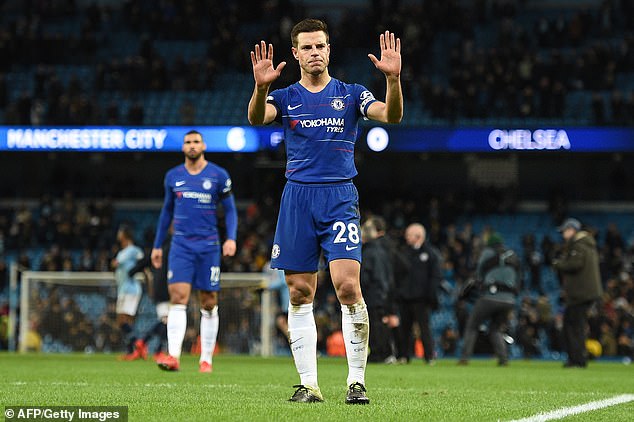 It could even have been worse for Chelsea as Aguero missed an early sitter and also hit the bar.

Azpilicueta, who conceded the penalty for Aguero’s third goal, said: ‘We have lost big games in the first minutes and we are conceding a lot of goals. We cannot accept that.

‘We knew we had one of the best teams in front of us and we knew it would be tough.

‘When we won against them at Stamford Bridge it was because we played a very good game all together. This time it was not the case. To lose in this way is very disappointing.’