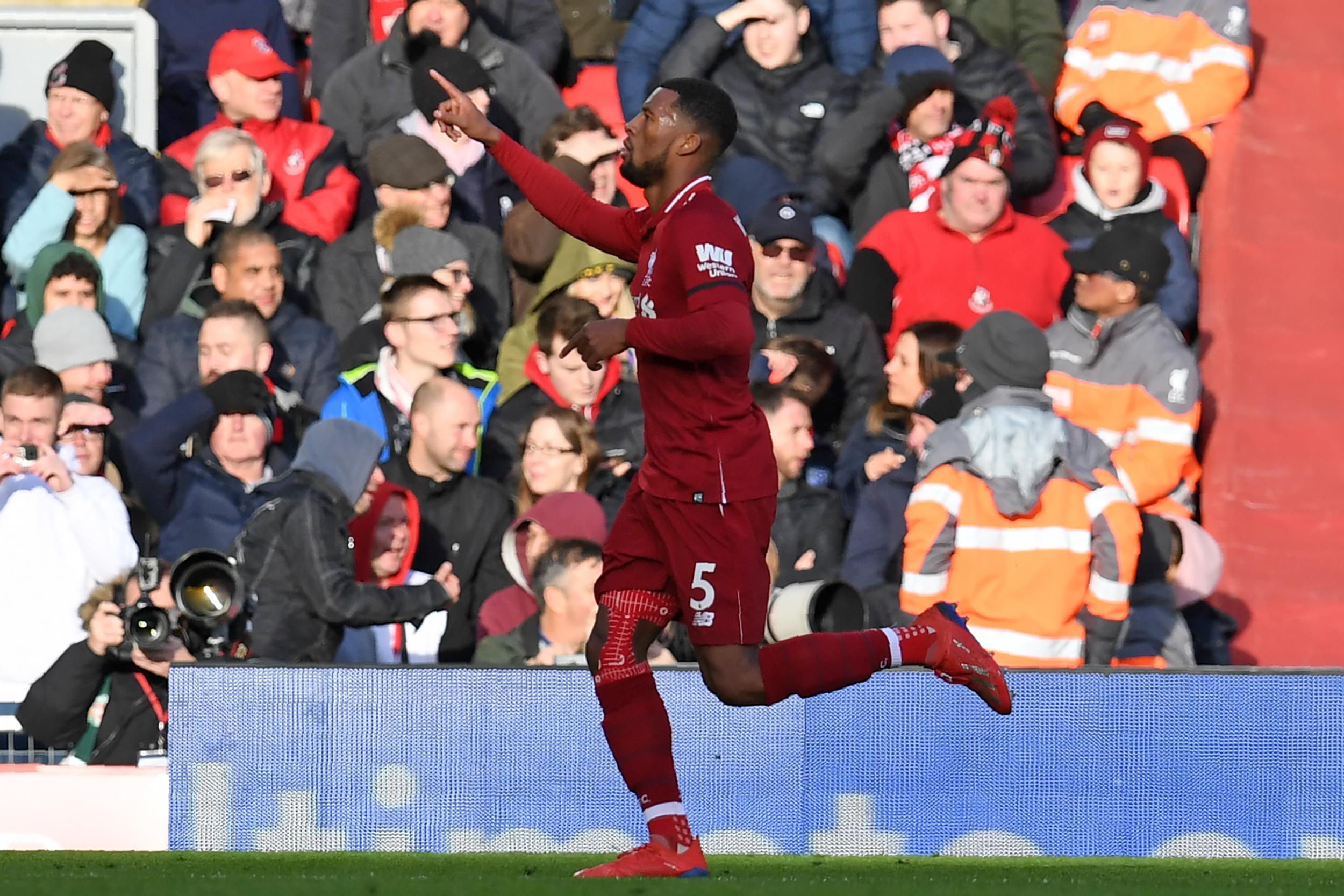 Liverpool answered their growing band of sceptics with a convincing 3-0 win over Bournemouth to return to the top of the table and send an unequivocal message they can handle the pressure of a title race.

There was none off the lethargy and indecisiveness of the back-to-back draws against Leiester and West Ham which had to led to questions about their stomach for a fight and seen Manchester City reinstalled as title favourites.

This was a return to the Liverpool of earlier in the season – full of energy, pressing relentlessly, counter-attacking quickly and deadly in front of goal.

There may have been a suspicion of offside about Sadio Mane’s opener, but goals from Georginio Wijnaldum and the Premier League’s leading scorer Mohamed Salah were of top quality.

Add to that the re-energising of the whole team, the return from injury of full-back Trent Alexander-Arnold and a first clean sheet in four matches and Liverpool can head off to their warm-weather training break safe in the knowledge everything seems right with the world again.

Even if City should overtake them, on goal difference, with victory over Chelsea on Sunday, it will barely register in sunny Spain, where Jurgen Klopp’s players can recharge their batteries for the forthcoming Champions League last-16 tie with Bayern Munich.

Liverpool, so imperious at Anfield in the league, were given a scare just 76 seconds in when Alisson Becker was forced to save from Ryan Fraser.

It was the visitors’ first and last real chance. From that point it was a case of Klopp’s side building momentum, turning up the heat with intense pressing and then capitalising when the pressure told.

Salah, twice, and Mane had early chances as Liverpool worked their way around their opponents’ 4-5-1 formation, but the breakthrough came via a set-piece.

James Milner’s 24th-minute corner did not clear the first man but reached Naby Keita, who played it back for the stand-in full-back to whip in a cross for the smallest man in the six-yard area to stoop and head in. 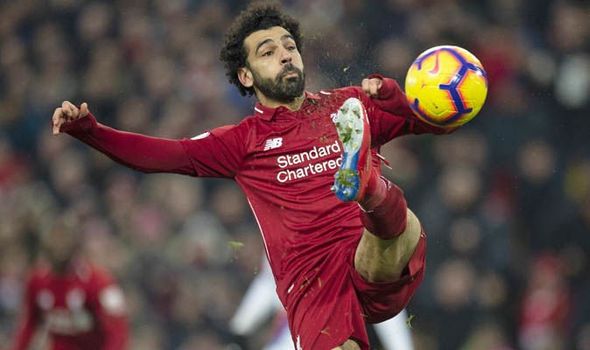 They should have extended their lead when Roberto Firmino launched a counter-attack down the left, but Wijnaldum’s square ball seemed to take Salah by surprise and he fluffed his shot.

Learn more
Liverpool’s Dutch midfielder did not need any assistance next time he found himself in the penalty area, producing two sublime touches, one to kill Andrew Robertson’s ball over the top and the other to cleverly lob the advancing Artur Boruc.

The goal was symptomatic of the high-energy game Klopp’s side were playing as Robertson, Keita and Mane all combined to force former Reds winger Jordon Ibe to give away possession close to Bournemouth’s right touchline.

A diving Boruc prevented the match being over just before half-time when he threw himself across goal to keep out Salah’s volley.

However, the honour of finishing off Bournemouth still went to Salah, although he owed plenty to the vision of Keita’s outside-of-the-foot through-ball and Firmino’s intelligent backheel running into the area.

The rest was academic as the Egypt international dispatched his 17th league goal of the season with a low finish.

It was the fourth successive match he had found the net against the Cherries – he has six goals in those four matches – becoming the first Liverpool player since Luis Suarez in 2013-14 to score 20 goals in all competitions in successive seasons.

There was no way back for Bournemouth, who have now lost nine away matches in succession and have 13 defeats in the last 18 matches in all competitions.

It was now a question of how many and the answer should have been plenty.

However, the unmarked Mane planted a simple header wide, Salah hit the crossbar after another neat interchange with Firmino, who shot straight at Boruc with Virgil Van Dijk almost certain to score from a square pass, and Alexander-Arnold was denied by Boruc.

It mattered little as normal service was restored at Anfield, where Klopp’s side are unbeaten in 34 league matches, equalling their second longest run at home, last achieved from 1970-71.