James Gatdet Dak, one of the highest-profile detainees during South Sudan’s five-year civil war, spoke to The Associated Press shortly after his pardon and release under a fragile peace deal signed in September.

Now in neighbouring Sudan while seeking asylum in Sweden, he says he is ready to have his story told.

His account asserts that high-level Kenyan authorities collaborated with South Sudan’s government to seize him from his Nairobi home in November 2016 and force him onto a plane for deportation to a country where he feared for his life.

His claims have been lodged with the United Nations commission of inquiry. 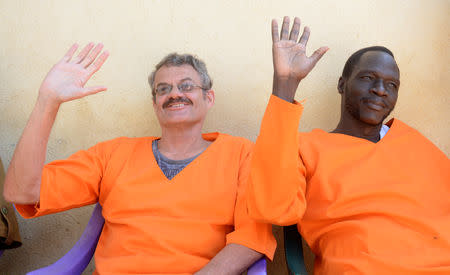 The officer allegedly stated that a deal between President Uhuru Kenyatta and his SS counterpart had facilitated his detention at a Nairobi airport.

At a detention facility near the Nairobi airport a high-ranking Kenyan police officer told him,“There’s no way they’re going to help you,” Gatdet quoted the said officer, “I was terrified…I knew that I was heading for a terrible situation,” he added while speaking to journalists.

When Dak was seized, he said, Kenyan authorities told him he was being deported because of his statement supporting the dismissal of the Kenyan force commander for South Sudan’s U.N. peacekeeping mission. The U.N. had been sharply criticized for not acting quickly to protect the Terrain hotel complex from a deadly rampage by South Sudanese soldiers in July 2016.

He was deported to South Sudan where he spent two years in prison and up to 10 months in solitary confinement.

He had been sentenced to death but the sentence was halted when the country signed a peace deal.

His family has been exiled to Sweden as he undergoes trial in Khartoum.