Xherdan Shaqiri insists nerves were not the cause of Liverpool’s draw against Leicester City and will not impact them in the remainder of the season.

Liverpool had the opportunity to move seven points clear at the top of the Premier League on Wednesday, with Manchester City losing to Newcastle United 24 hours earlier, but they were held 1-1 by the Foxes at a tense Anfield.

The gap at the summit is now just two points, although the Reds have a game in hand as they travel to West Ham on Monday.

While there may have been a sense of nervousness in the stands last week, Shaqiri says the team are not similarly suffering, comparing Liverpool’s attitude to that of former club and perennial Bundesliga champions Bayern Munich. 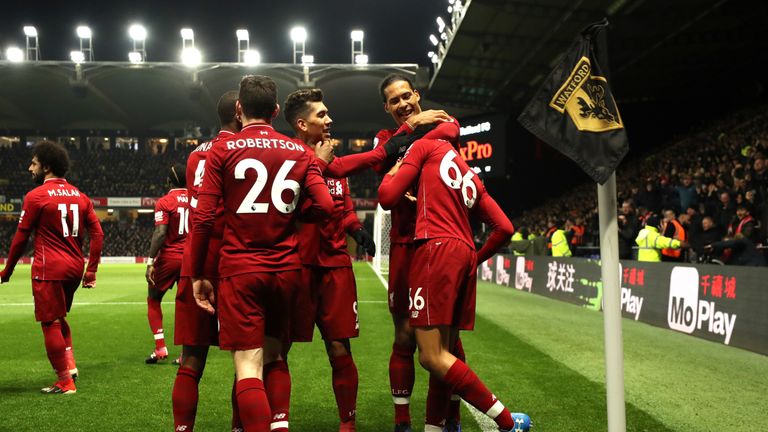 “I don’t feel any nervousness in the team,” the Switzerland international told Sky Sports. “This team wants to win every game. I don’t see any nerves here.”We work every day. We go game by game and our mentality has to be to stay until the end of the season in first place.

“Maybe the fans are more nervous than us, this is pretty normal. I had the same at Bayern Munich. We don’t get nervous, we just play our game and try to win games and work hard in training. We have to keep going forward.”

The Reds’ only top-flight loss this season came in a 2-1 reverse at the Etihad Stadium last month.