Maurizio Sarri says Gonzalo Higuain and Eden Hazard are “suitable” to play with each other, as the pair both struck twice in Chelsea’s dominant victory over Huddersfield, which moved the Blues back into the top four.

It was Higuain’s first goals since signing on loan from Juventus in the January transfer window.

“Higuain is improving,” said Sarri. “He wasn’t physically at the top when he arrived, because he had a back problem and wasn’t involved, so only played a few matches.

“He is a great player. Apart from the goals, he is really very suitable to play very close to Eden.”

Argentina international Higuain opened the scoring in the 16th minute at Stamford Bridge. 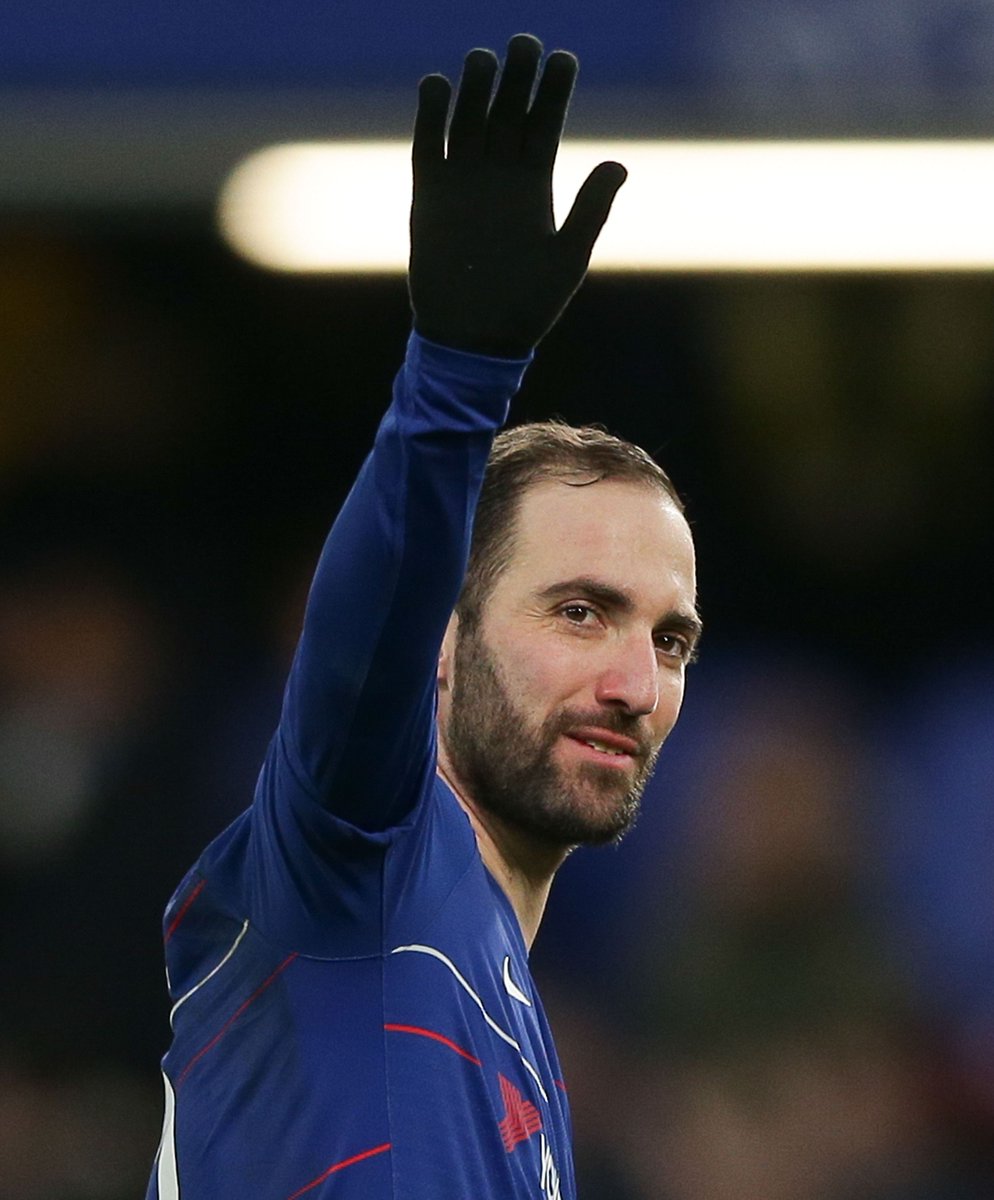 N’Golo Kante played him in with a delightful reverse pass to beat the offside trap and the striker finished first time, lashing his shot in at the near post.

Just before half-time Elias Kachunga nudged Cesar Azpilicueta over and referee Paul Tierney awarded a penalty, although replays suggested the foul occurred outside the penalty area.

Hazard stepped up to smash in the penalty and score his first league goal since 26 December.

Hazard on Higuain partnership: “We try to work with each other, Higuain is a new player but he knows what the manager wants. He is a great striker and he can score a lot of goals. England is different than Italy and Spain but he has that ability” #CFC pic.twitter.com/Fnhhvs0tvQ

The Belgium international made it 3-0 on 66 minutes, rounding Terriers keeper Jonas Lossl and slotting in from a tight angle.

And just three minutes later Higuain got his second, curling in a shot from the edge of the area, with the help of a deflection.

David Luiz added a fifth in the closing minutes, with a powerful header from a corner that was deflected into his own net by Kachunga. 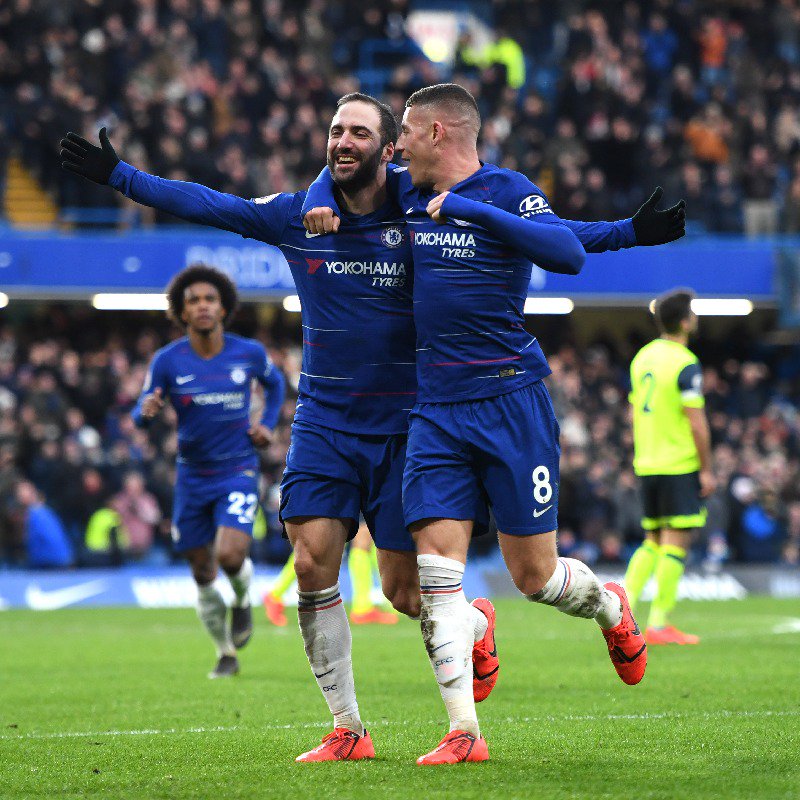 The win ended a troubled week for Sarri, following Wednesday’s 4-0 loss to Bournemouth – their heaviest league defeat in 23 years.

Chelsea are now fourth, three points ahead of Arsenal, who play Manchester City on Sunday (16:30 GMT).

But it is an 11th defeat in 12 league games for the Terriers, who remain bottom of the league and 13 points from safety.

Chelsea came into the game having lost successive league matches against Arsenal and Bournemouth.

In recent weeks Sarri has questioned their motivation and Wednesday’s defeat led to an angry dressing room inquest.

His players gave the perfect response against Huddersfield, with a free-flowing attacking performance in what felt like a must-win game.

Chelsea had failed to score in three of their past four league games going into Saturday’s match, which was why Sarri brought in Higuain.

The 31-year-old, who had scored just eight goals in 22 appearances for AC Milan in the first half of the season, showed Chelsea exactly what he can bring to the side with clinical finishing.

Higuain played under Sarri while at Napoli in 2015-16, equalling the Serie A goalscoring record with 36 goals.

He continued his remarkable scoring record under Sarri on his home league debut, with his 37th and 38th goals in 37 league games for the Italian. 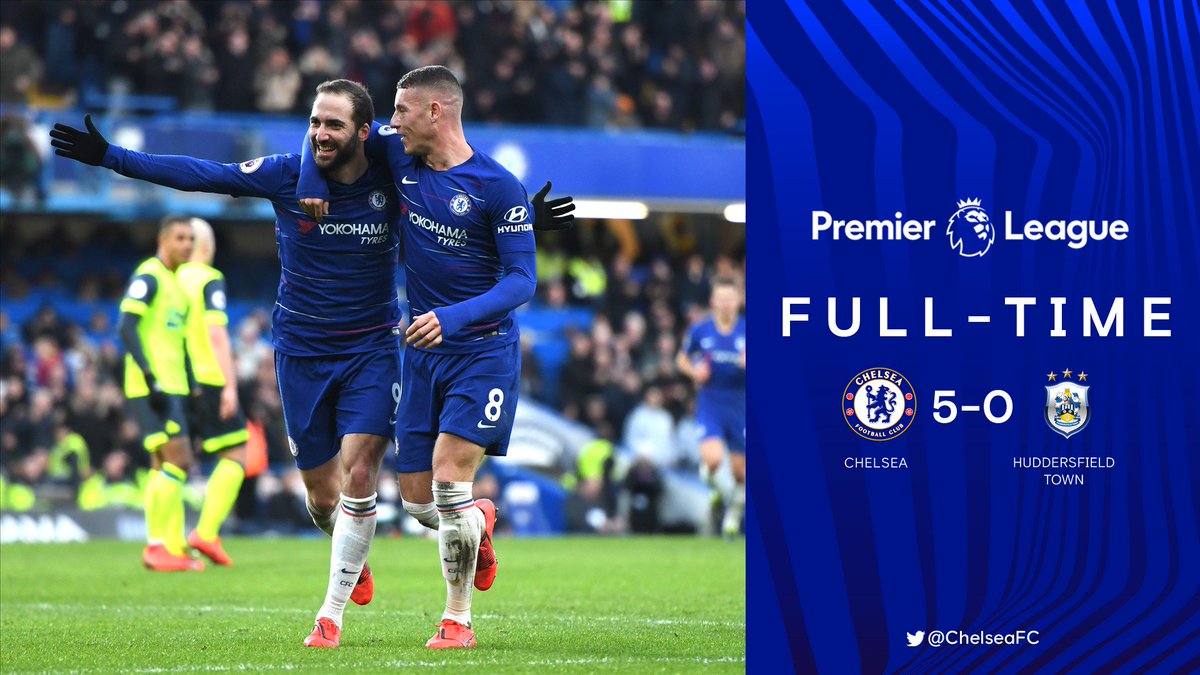 Sarri has previously said Hazard “has to do more” and the 28-year-old put in a performance to please his boss.

He was a constant menace in attack, terrorising the Terriers’ defence as he was given the run of Stamford Bridge and taking his goal tally to 15 for the season.

Sarri said: “Today is all positive, we played a full 90 minutes, defended very well, so it was a very good match but we need consistency now, we have to continue to play with the same mentality in all the matches.

“I hope in the future we will not need to lose a match to find the right mentality.”